Hi everyone – and Happy Ash Wednesday!!! My prayers that this season of Lent will be a grace-filled time of repentance and renewal. The readings for Ash Wednesday can be found at http://usccb.org/bible/readings/030514.cfm . Thanks as always for stopping by the blog, sharing it and your feedback and comments. God Bless – Fr. Jim 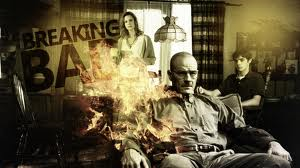 This past Christmas, my brother Craig got me possibly one of the worst Christmas gifts ever. Now I’ll admit, I’m not an easy person to shop for – what do you buy a priest? Black sweater? Black shoes? Black socks? Anything black? I get it… And my brother is a bit crazed when he goes Christmas shopping… it’s not unusual for me to get a frantic call on a Saturday afternoon in November with him saying “I’m at the mall – what do you want for Christmas – and if you say nothing, I’m just getting you a gift card…”  Fa la la la…

So I was somewhat surprised when I didn’t get that annual phone call and on Christmas day to see a somewhat substantial sized box under the tree to me from Craig. It definitely wasn’t a gift card (I picked it up just to feel how heavy it was just in case he threw the gift card in a big box to throw me off). All through Christmas dinner, I was curious – intrigued… excited to exchange gifts after dinner. So here we go, we start, he hands me the gift, I open it up and what’s inside:

The entire series – 6 seasons of the AMC show Breaking Bad on DVD.

He’s been after me for years to watch this thing – telling me “you have to watch it…” Hopefully it’s not shocking to you that the story of a High School Chemistry teacher becoming a drug supplier, for some reason never intrigued me. When I opened the box, I kind of laughed, and of course thanked him for the generous gift… to which he responded “You have to watch this – I need someone to talk about this with.”

I know he’s not alone in this – Critics (including the Hollywood Reporter) called it “one of the greatest television dramas of all time.” It won a slew of awards… Even more fascinating is that the show saw its ratings increase from season to season (which means people “caught up” with the show thanks to Netflix). It went from a show that seemingly only a few people knew about (including my brother) to this break-out hit-show who’s ratings soared over 450% from when it started to the series finale. That’s unprecedented and astronomical in terms of television shows. Entertainment Weekly described it like this: Breaking Bad was like a virus (or perhaps a drug) that slowly spread for years, then suddenly exploded into a nationwide outbreak.

So one night over Winter Break when we had the first of the 13 snow storms bringing 80+ inches of snow these past weeks, I thought, alright, let me check it out and I threw a disk on one night. And without the commercials, without having to wait a week, or several months for new episodes – I got hooked. I couldn’t stop watching them. But the thing is – I hated it. I texted my brother numerous times asking “Why do you hate me? Why did you give this to me? This is horrendous” “This is awful.”

Not the acting, nor the story telling or anything like that. In those areas, it is very compelling (obviously since I watched the entire series) It was one of the first shows that I didn’t ever feel “jumped the shark” as you would say…Not to give things away or spoil it for any of you who are watching or planning to watch it – quite simply – Walter White, is a Chem teacher who finds out he has terminal lung cancer. When you first meet him he’s a somewhat likeable guy who deals with being kicked around by the world. He and his family have had difficult challenges to face even before this devastating news. And his answer to how to deal with the costs for his treatment, as well as to try to provide for his family is to cook the drug Meth. As a Chemistry teacher, he knows how to make it even more “pure” which makes it more addictive and more profitable to all involved in the drug trade.

What made it horrendous, awful for me was that – everything continues to “break bad” for himself, his family, his friends. Every time you think that maybe, just maybe something good will happen, something redemptive will happen – perhaps happiness – it always “breaks bad” – happiness is only for a moment… it’s fleeting as more and more people get wrapped up in overdoses, murders, stealing, fraud, brutality, rage – just look up the list of 7 deadly sins – they’re all there… all stemming from this man’s initial and continued bad choices. I’ll leave it there so, like I said, I don’t spoil it for anyone out there.

One of the reasons anything – TV shows, movies, plays – becomes successful – apart from being entertaining– is the relatability of what it is we’re watching. Think about different popular shows – what makes them popular or “hits” is when we associate with the characters. We can see ourselves in the storylines or say “that’s totally my family.” Or it appeals to collective dreams and wishes of people

As I felt compelled to watch the entire series of Breaking Bad I wondered if it was because I saw the basic premise, the basic thread is the reality of sin, the reality of bad choices, and what those choices do to us? Slowly, gradually they always make things worse and worse for us and those around us… For most people, when they see the different messes, the different struggles that they’re in, they can identify that they didn’t just make a tremendous, massive fall in their lives: The student never intended to cheat in class – she got behind on assignments, she got overwhelmed with other things, she let fear and doubt convince her that was the only way and then found herself convincing herself just this once I’ll cheat – and then when she got away with it, found it easier and easier… Or – The guy always used to be sensitive and caring about people struggling with poverty and then started telling himself “well that’s what I pay taxes for, or that’s what so-and-so’s responsibility is; or – it must be that poor persons fault that they’re in the position they’re in, it’s not my fault, not my problem” – as they close their hearts and start treating a person not like a person – as a nuisance, as an annoyance… The married man didn’t just one day decide to cheat on his wife – maybe he let anger over something in their marriage stew, maybe he let his eyes and his conversation with someone gradually take him to a place he never imagined he would go as he kept making bad choices. The lists, the examples can go on and on…

For all of us, Ash Wednesday calls out to us to recognize that every single one of us has 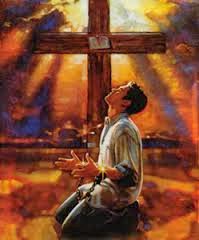 made, continues to make (and if history is any indicator) probably will continue to make “bad” choices. That’s why we need this reminder, its why we repeat this ritual of being marked with ashes, with dust hearing the words “TURN AWAY FROM SIN, BE FAITHFUL TO THE GOSPEL”. That is the hope of this season of Lent – that is the hope of Ash Wednesday. That God was able to do something miraculous and take ashes, dust, dirt – breathe His very breath of life into it and humanity came into existence – He created you and me. If he can do that with this dust – the promise, the hope is – what can He do with each and everyone of us if we actually turn away from those sins, if we stop believing the lie of the liar telling us there’s no way, there’s no chance, for us to do anything different than whatever sinful things we are doing that continue to weigh us down – If we turn away from all that garbage and turn back to Him, letting Him into our hurts, our brokenness… looking to Him to making a new start… Then we can experience miraculous, redemptive, life giving changes in our own lives and make a new start.

Already, there’s a part of us that’s probably knowing this is true but thinking – I don’t think I can do this right now… maybe later, maybe when I graduate from College and get some more time (which will never happen – believe me) To those doubts, to those lies, Saint Paul in the second reading today implores us NOW is the TIME – NOW is the DAY OF SALVATION. We may have come here to receive ashes – but it’s God’s Abundant Love and Mercy that is the true gift we’re being offered today. To begin to make that turning away from Sin and being faithful to the Gospel.

Today we have confession available all day – but if you’re not ready for that, then take these booklets home, and just spend some time reading about why we go to confession, and how to… Think about some ways that your choices of something to “give up” won’t be a self-imposed punishment that we suffer through for 40 days, but can be something that will help you grow closer to God and help others (which is the true purposes of fasting and almsgiving).

It’s so great that all of us gathered here together this day. Coming in confidence and trust to the one who shows us the way to begin again, to begin anew, to not give into despair thinking we’re destined to continue to struggle with bad choices – who sees and loves us – and as we come feeling somewhat awkwardly, feeling badly as we come forward and acknowledge the harsh reality of our own sin , he reaches back to us He is gracing us, blessing us, encouraging us to use this as a start to Break Bad – and become good…