Hi everyone, here’s my homily for the SIXTH SUNDAY IN ORDINARY TIME – February 16, 2014. The readings for today’s Mass can be found at: http://usccb.org/bible/readings/021614.cfm. I’m most grateful to everyone for reading, sharing this blog throughout the internet-universe (last week, someone posting the blog on reddit made it a record number of “hits”) and for all of your comments and feedback. Have a great week and God Bless – Fr. Jim

What is the difference between a job and a vocation?

Often times for Catholics, we’re so used to hearing the word vocation associated with the calling to Priesthood, and religious life – which is most definitely true. But outside of Catholic circles, in a non-religious setting these words are used a lot and there is a difference between the two.

To me, it’s really not a matter of what type of work that a person does– but rather the attitude the mentality that people bring to the tasks. A job is basically something that pays you for doing something. A vocation – while hopefully it “pays the bills” – that’s often something that is secondary to that desire, that passion that is drawing you to a certain career, a certain life’s work. Teachers often describe their work this way… Doctors and Nurses…. Police and Firefighters… do as well.

More than likely, you’ve encountered people in all of those “fields” – who treat it both ways – some simply as a job, and others who do see it as a vocation. The teacher who is there early everyday, or late afterschool; who over the summer is thinking of creative lessons or seeing something in the store that would help her be more effective and purchases it themselves; or sees extracurricular activities as another way of teaching and guiding students and volunteers to advise or coach them. Those are the ones who see teaching not as a job but as a vocation. Being the son of a teacher (and the brother and brother in law of teachers as well) I was exposed to this a lot. I can remember going into that hot, un-air-conditioned school with my mother over summer break to help her clean her classroom, put bulletin boards up, make dittos so that she would be prepared to welcome the 6 and 7 year olds who would make up her second grade class for the year – while many classrooms remained untouched till the day before classes started. To my mom, teaching was a vocation. 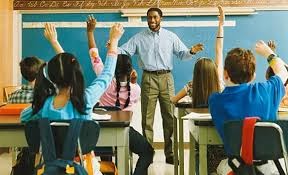 Hopefully right now you can instantly think of teachers like that yourself. More than likely they rank as some of “your favorites” – for me Mrs. Gagliardi in 5th grade remains on my list of favorites. I can still remember, I had no idea who she was when I was assigned to her class, but she was the only teacher who sent me a post-card over the summer welcoming me to 5th Grade. That was a small, but important difference that demonstrated this was only the beginning of a year where Mrs. Gagliardi would demonstrate her love for teaching and her love for students which made me start to actually look forward to going to school. In a similar (albeit quite different in personality) Mr. Epps is another favorite teacher of mine from High School English. Mr. Epps was probably was one of the hardest and most demanding teachers I had in class. He was also one of the most present to students and active in all sorts of activities of the entire faculty – advising Student Council, our school newspaper; announcing at the football games; chaperoning (and fronting a band) for our proms. There were plenty of teachers who approached things simply as a job: sign in at 8 am and sign out at 3pm; fulfilled their contractual responsibilities and did what they were “supposed to do.” I’m sure all of us can remember more than a few of them that we encountered in our lives – and it’s not a judgment on them as people or their “job performances.” But I suspect few of those teachers who treated their work merely as a “job” remain nearly as memorable or had a life-long impact on you, like teachers who saw it as a vocation, like Mrs. Gagliardi and Mr. Epps had on me. 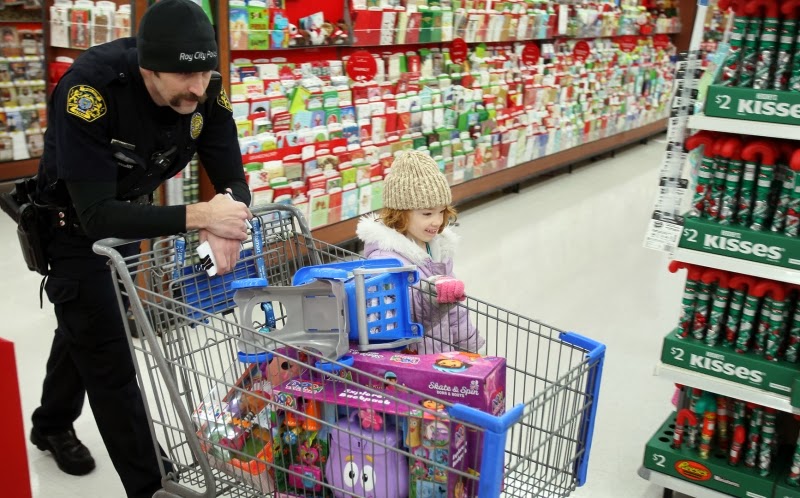 That’s true of other professions as well. The cop who doesn’t simply complete their 8-10 hour tour; but volunteers to help at a summer program or afterschool program. The fire-fighter who organizes charity events to collect food, or clothes from the community and bring them to people they’ve met “on the job” to help them out. The doctors or nurses who spend time away from the office continuing to try to help their patients and aren’t primarily concerned with is this covered by insurance or not?

You get the sense, you can see the difference in someone who sees these things as “life calls” as opposed to treating them simply as jobs. To put it in religious terms… as the late Dr. Martin Luther King Jr. once said (who was a Christian pastor first and saw his call to fight the injustice of civil rights abuses as an outgrowth of his Christian faith) “If a man is called to be a street sweeper, he should sweep streets even as Michelangelo painted, or Beethoven composed music, or Shakespeare wrote poetry. He should sweep streets so well that all the hosts of heaven and earth will pause to say, here lived a great street sweeper who did his job well.”

Just as we can see the difference between “doing a job” and responding to a vocation – In today’s Gospel, Jesus is basically making the point that to be one of his disciples isn’t a job – it’s a vocation. We’re not to simply look at the Commandments and fulfilling the “contractual obligations” in a narrow way. Rather in following Him, Jesus tells us to go beyond the letter of the law and see and desire and pursue the more demanding “law of love.” Jesus goes through the commandments and he points out that we can’t simply have this narrow view of “DON’T DO THIS” – fill in the blank with one of the commandments and think that’s it, that’s enough… that’s it… So to use the juiciest example – “Don’t commit adultery” and then people say to themselves “Oh ok, well I’m not married, so everything else is okay then? So I won’t sleep with a married person….” Is that really living out this call to be a follower of Christ? For those who still want to disillusion themselves Jesus is pretty clear – ah, no… And he uses equally extreme examples to make his point. If your hand or your eye causes you to sin, cut it out… Thankfully there doesn’t appear to be self-maimed people so I think we get His point…

He doesn’t want us to literally cut our body parts out to avoid sin. But He doesn’t want us to be similarly literal in our approach to the Commandments, in our approach to following Him. That’s why so often in moral debates of our day and time there’s ridiculousness on all sides of issues when it comes to how does a disciple of Christ apply biblical principles to present day situations. “There is no commandment about downloading songs for free off the internet…” True… but if we’re honest, if we dig a little deeper, if we reflect a little more, could we see how that’s sort of covered by “Thou shalt not steal?” Often times we try to find those loopholes and say “well technically Jesus never said anything about” and then follow it with whatever we want a “pass” on. When we start doing that, we find temptation harder to resist as the “tempter” presents more and more things that on one level sound reasonable or logical – when in our heart and soul we know we’re trying to get away with something.

Jesus reveals to us a God who, thankfully, doesn’t act in a similar way. His generosity with Mercy, Forgiveness, Love opens Him to being taken advantage of by every one of us. Yet he continues to take that risk, knowing that His laying down of His life for everyone of us is the greatest lesson of Love that Christ the teacher could offer; the greatest example of sacrifice that has ever been made. His hope is that such a lesson will be as memorable in our hearts and minds to not approach him, follow him as a mere job where we do the minimum hoping to get “what is owed.” Rather that in living for Him, following Him, loving as He calls us to do, we find our fulfillment in life now and for all eternity.