Hi everyone here’s my homily for January 26, 2014 – Third Sunday in Ordinary Time. The readings for today’s Mass can be found at http://usccb.org/bible/readings/012614.cfm As always thanks for reading, sharing this blog on twitter, facebook, etc. and all your feedback! Have a blessed week! Fr Jim 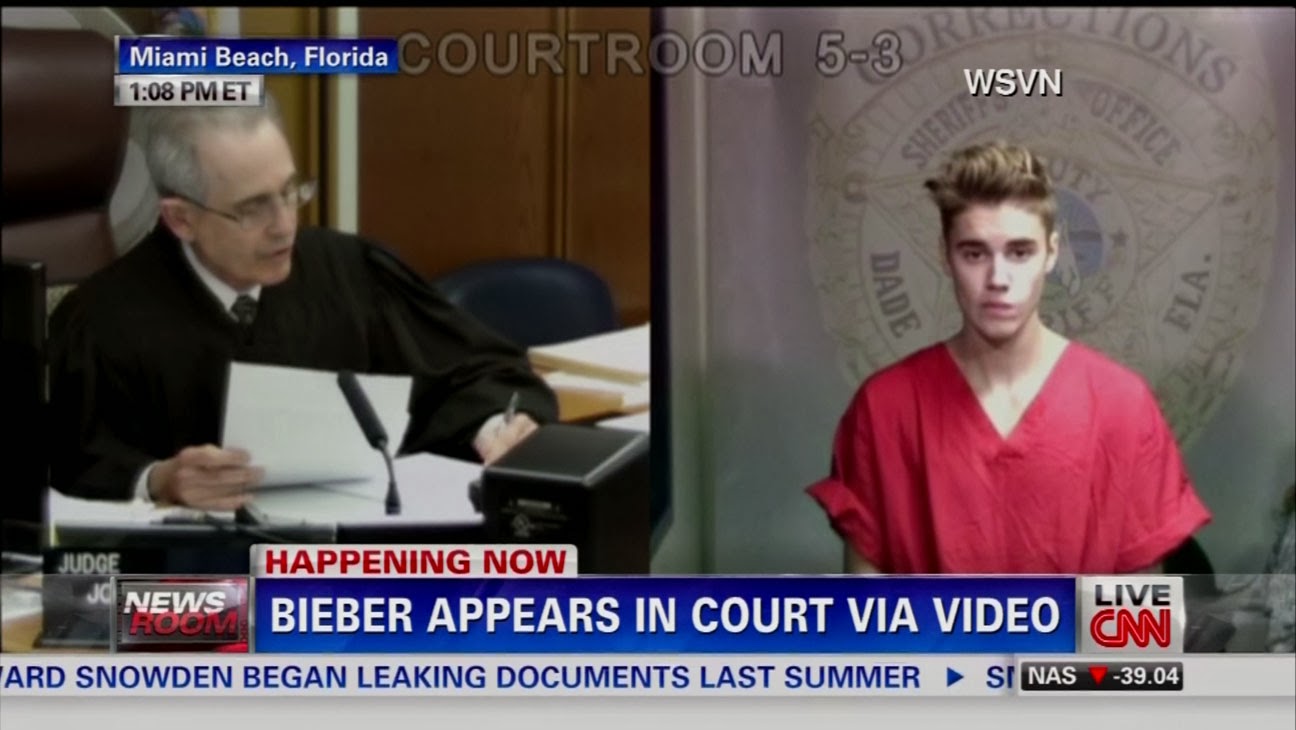 There’s a lot of people that make up the pop-culture world that I’m not a fan of but I’m at least aware of who they are and why they’re famous. For example – not a fan of Lady Gaga – but I’ve heard her music in enough places that were I on Jeopardy and Alex Trebek had “For $1000 name a Lady Gaga song” I could answer “what is ‘Telephone?’” I was thinking of that because to be honest – for all the news I’ve heard about his personal life the last two months, I couldn’t for the life of me name a song by Justin Bieber. While some would probably argue that’s a good thing (and I don’t feel my life is lacking because of this fact) it saddens me that all that I do know about someone who is obviously internationally famous is pretty much only negative stuff from his personal life.

You may have heard (of course you have!) That the Biebs was arrested this past week for drag racing a Lamborghini down a public street in Miami. When he was pulled over and questioned, he started cursing at the police officers, was allegedly under the influence of drugs and/or alcohol and then resisted arrest. This comes on the heels of a friend of his being arrested at a house party he hosted a few weeks ago and having drugs on him. (At that time Justin only got a ticket for a noise violation, even though it was suspected that he was abusing drugs and/or alcohol then as well)

Again, I find it bizarre that someone I have no real interest in – that I know all those details about. And I couldn’t avoid it, the news headlines didn’t stop all weekend. “Justin Bieber after smiling for mug shot was sobbing in jail cell” “Bieber exits court on bail, jumps on car and blows kisses to fans” – “Bieber remains defiant refusing to go to rehab and planning to stay with his father in Miami.”

As the non-stop media coverage continues, it’s an all too familiar story of a celebrity self-destructing before our very eyes and the world around either seemingly powerless to do anything about it or the lines between drama/reality TV are so blurred people continue to hear the story play out like it’s entertainment. But here’s this 19 year old, spiraling out of control… As if the destruction of an individual by drugs and alcohol isn’t unoriginal enough – here he’s speed racing with an expensive sports car just a few weeks after movie star Paul Walker died in a fire-ball of a car crash.

There’s something cold and pathetic about all of this as television networks are probably working to prepare graphics and sad instrumental music for breaking news reporting another tragic end to another sad story. What’s amazing is that here’s this young guy with all this money, all this fame, all these resources, all these supposed friends and entourage’s around him. And yet – it seems like he is all alone. Walking in darkness. Because as friends, fellow celebrities give interviews expressing their concerns or tweeting their “take” on things, there’s almost this sad acceptance. That they see he’s walking in darkness and, I don’t know – it doesn’t seem anyone is shocked, worried… Friday night reportedly his father was partying with his son… not to question the guys parenting but – that doesn’t seem the wisest of decisions.

Do we care when people are walking in darkness? We should. And I’m not talking about you and I going to run to Justin Bieber’s house and begging him to go to rehab or something. You probably wouldn’t get past the security, the rabid fans, the paparazzi anyway. I’m not trying to be dismissive of our role as a society with celebrities. Because with our paying attention to the news, following it and all – we feed into it and somehow enable this guy’s biggest addiction – fame.

But for us, the question is who do we know – who do we know that is walking in darkness? Do we have friends, roommates, classmates, family members who are on paths of destruction? Who isn’t acting right? Who is it that is making some awful choices and stupid decisions that will have a lasting impact on the rest of their lives, that we don’t say anything about because, well it’s their decision, it’s their choice, who am I to say and all the other excuses we have?

There are some people that God has placed into our lives right now – they are people you and I are thinking of right now – that need Jesus – that need His Light – that are waiting for something.. And we pray for them, and we wonder what’s going to happen and we hope things will work out for them – and, and, and… it’s not enough.

In the Gospel today, Jesus enters Galilee – and St. Matthew quotes the first reading from Isaiah tonight with all those funky names of towns to show it was Galilee where Jesus starts his Mission. Jesus goes to this land that had been overwhelmed by darkness. This region had been raped, pillaged and plundered by these people the Assyrians, and Isaiah says to them in the first reading- you – people who walked in darkness- have seen a great light – upon those who dwelt in the land of gloom – a light has shone…

Matthew quotes that passage to tell his listeners that Isaiah was talking about JESUS. Jesus is that light that calls people out of darkness. We nod our heads and say, “Yes, Jesus is the Light of the World” we’ve heard this before – “Yes Jesus is calling people out of Darkness” we’ve heard that before too and “Jesus is the way out of the darkness and these people all have to find Jesus…” -yep, that was covered in CCD or Catholic School…
BUT How?

The guys in the Gospel – look at what happened. Jesus comes on the scene, Peter and Andrew just leave their nets (leave their livelihood) and follow him… James and John they’re father’s probably sitting in the boat thinking – Uh, Guys, where you going? The point is – they saw in Jesus in their encounter with him, in the invitation he gives to them, something special that they knew instantly would change their lives forever. And so they spend the rest of their lives living and spreading the Light of Jesus.

Do we? Do we really believe that? Because if we do then we have to do two things – 1 – we have to actually Live like people of the Light. That means when we’re hit with darkness in our own lives – whether it’s something bad I’ve done that is hanging over me – or it’s something someone has done to me and I’m holding onto the hurt, the anger and the resentment – I gotta do something about it. I got to get to confession – I got to start looking for ways to forgive that person that hurt me – I have to turn away from the darkness in my own life – and turn towards the light.

And the other thing is – I have to spread that Light of Jesus. I can’t wait for someone else to do it. There were probably people we passed on our way here tonight that we could have invited to be with us – not all of them would have come, but someone may have – someone was waiting for an invitation. There are probably people we’re going to be around later tonight who are just going to ask “what’d you do tonight?” are we going to answer “nothing” because maybe we’re embarrassed to tell them that coming to Mass is important to us
– or are we going to say I came to Mass – and maybe that will open their hearts and minds to the Light.

As we are observers who are unable to really interact with Justin Bieber – our prayer has to be that somehow, someone will be able to show him the Light before he is completely swallowed up in darkness. But there are those nearer to us not as inaccessible, not so far out of reach who are facing similar challenges and temptations. While we might not know completely how God wants to use us to spread his Light, are we at the very least open to asking the question – How Lord do you want to use me? If we sincerely do, there will be an answer. Which is why we’re often hesitant to ask… Because then the question becomes when he invites us to “Follow Him” to do something life-giving, life-changing for life – what will be our answer?