Hi everyone – here’s my homily for FEBRUARY 9, 2014 – THE FIFTH SUNDAY IN ORDINARY TIME… The readings for today can be found at:  http://usccb.org/bible/readings/020914.cfm  As always, thanks for checking out my blog and reading, commenting and your feedback on these…  Especially with today’s Gospel, I’m grateful that you SHARE this with friends, on Facebook and Twitter — I’m thankful that the Lord can use me and these social-media to share his word.  God Bless!  Fr. Jim 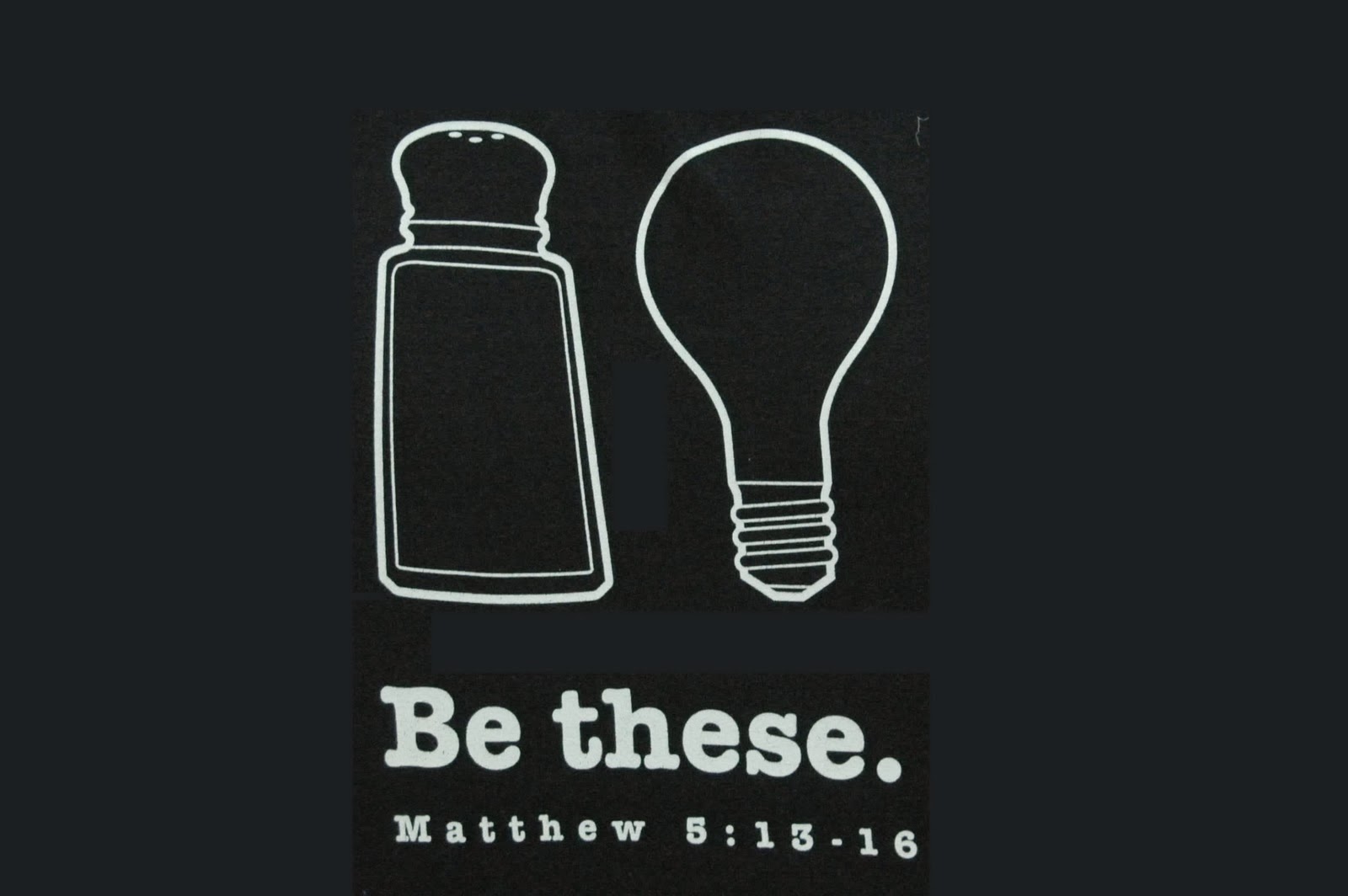 Penn Jillette is one of those celebrities whose name may not immediately register without hearing his stage partner’s name – Raymond Teller. Together, they make up the comedy and magician team of Penn and Teller. They’ve performed their act all across the country, as well as on a bunch of late night talk shows, doing their illusions, peppered with Penn’s outspoken monologues next to Teller’s relative silence. Together they’ve become a modern Laurel and Hardy.
But Penn has been able to create a solo career as well – which is often times difficult once a person has been “type-cast” as part of a duo. He has his own voice-over work for television networks like Comedy Central, he produces movies, and he has his own stand up routines that would fall into the “Bill Maher” category of (for lack of a better word) “humor”. He can be very outrageous, and as a professed atheist, has often times said blasphemous things that would offend any of us (a few years ago he said some disgusting things about Mother Teresa, for example).
While it’s understandable, to put it politely, that I’m not a fan of his, I can see he’s a very intelligent man who is rarely at a loss for – and can easily devour someone with – his words in a verbal confrontation or debate.  That’s why an incident that occurred with him a couple of years ago has never left my mind and I’ve brought it up in a couple different venues or discussions that I’ve been apart of.  Penn Jillette made headlines when he posted a video on his blog for a video blog that he posted online  (you can see it here:
To give you the summary, he had done his show one evening and after the show, he went outside to meet some fans and sign some autographs. While he was meeting people he noticed one man standing off to the side; he could tell that this guy was hovering, and obviously wanted to talk to him.
It turns out that the night before, the man seen Penn’s show. Penn was convinced that the guy was a real fan of the show – he had participated as a volunteer in the act, and was complimentary about how much he enjoyed the performance. He came back this next evening to give Penn a Bible. This fan spoke to Penn face to face, looked him in the eye, was honest (and in my own words, loving) as he told Penn that he was a business man, who also proselytizes, spreading the Gospel whenever he can. In the Bible he had put an inscription with his name and phone numbers in it. What is so moving is that you could see how Penn was truly affected by this encounter. He calls this experience “wonderful.” In the 5 minute video he’s often at a loss, or struggling for words. He repeatedly describes this man as “kind, nice and sane [as he] talked to [him] and gave [him] this Bible…”
Here’s where what Penn said has stayed with me since.  He said, ” I don’t respect people who don’t prostelytize . . . How much do you have to hate somebody to believe that everlasting life is possible, and not tell them that . . . this guy was a really good guy. He cared enough about me to proselytize.” Then Penn concluded, “I know there is no God. And one polite person living his life right doesn’t change that. But he was a very, very good man.”
In his head, I believe that Penn still ‘believes’ in his brand of atheism – but it sounds like his heart was moved to wonder – it sounds like this encounter with a man who purely, simply, loved him enough to share the “good news of great joy for all people” helped shift his perspective a bit; and that maybe, just maybe, one day this avowed atheist might truly believe.
Isn’t what this one fan did embody what Jesus is telling us to do in today’s Gospel?
YOU ARE THE SALT OF THE EARTH
YOU ARE THE LIGHT OF THE WORLD
One of the main problems that we as Catholic Christians face is meekness.  Overly politeness.  Being cautious.  Being “respectfully” reserved.  But looking at that Crucifix annihilates those and any other excuse we can come up with for why we resist, why we hold back, why we don’t share our faith – why we don’t share good news with a world desperately looking for any…  Jesus doesn’t hold anything back – his greatest example to us is forever made visible, made real in the Mass when that sacrifice of the Cross, the uniting of heaven and earth in the Resurrection is made really present in the Bread and Wine becoming Jesus’ body and blood and then very simply, humbly given to us to consume.
Jesus doesn’t simply gift this to us to nourish us here and now into eternity with Him.  Which is why this Gospel is so short, but powerful.  You- and I – We are the salt of the Earth, You and I – We are the Light of the World.  We have to empty ourselves just as Jesus did – letting go of our fears and inhibitions, overcoming our shortcomings and failures, believing and trusting that the world around us is spiced up – darkness is banished when you and I flavor and enlighten the world with Christ. That’s one of the beautiful things that Pope Francis said to us about a month after being elected Pope “ A Christian who withdraws into himself, who hides everything that the Lord has given him, is a Christian who… he is not a Christian! He is a Christian who does not thank God for everything God has given him!…it is important not to turn in on ourselves, burying our own talent, our spiritual, intellectual, and material riches, everything that the Lord has given us, but, rather to open ourselves, to be supportive, to be attentive to others.”  Then turning specifically to you as young people:  I ask you who are just setting out on your journey through life: have you thought about the talents that God has given you? Have you thought of how you can put them at the service of others? Do not bury your talents! Set your stakes on great ideals, the ideals that enlarge the heart, the ideals of service that make your talents fruitful. Life is not given to us to be jealously guarded for ourselves, but is given to us so that we may give it in turn. Dear young people, have a deep spirit! Do not be afraid to dream of great things!

One gentle, loving Christian went to Penn Jillette – loved him enough that he was willing to accept him where he was and share the “good news” with him.   Penn’s journey toward Christ is far from complete – he doesn’t realize that someone brought the flavor and light of Christ to Him and we can only hope and pray that this incident has continued to remain with him.  Who, out there, is waiting for us to do that for them as well? Jillette in his video said he realized that many so-called believers don’t share their faith, because it’s socially awkward. And he compared it to someone seeing a run-away car barreling down a street towards another person and wondering if he should go and push him out of the way.
How many of our friends, our classmates, our relatives, our co-workers are in exactly that same position?  When we think of peer pressure, we often look at the negative aspects of that – people who felt pressured into drinking, taking drugs, people who felt pressured to have pre-marital sex.  And there’s been a lot of good education or awareness in trying to encourage people to not give into those negative influences.  But the reality is we all influence each other in those ways on a regular basis.  I only started watching “The Walking Dead” because some friends of mine kept going on and on about how I needed to watch that show.  I’m still not sold that this is my “cup of tea” – but the point is, I looked at it because people I care about, people I know shared that with me.
For so many people – right here on our campus – they’re seems to be this darkness, this sadness.  I can’t help but see it just walking on campus.  This looking downcast, this sense of “exhaustion” or apathy… like people are drained of any spirit.  Coming here on Sunday Nights, celebrating Mass with all of you is so opposite that experience.  And seeing how when we share this and invite others in, how often that transforms others… We have 4 students who are preparing to be Baptized right now – we have another 4 who are preparing to become Catholic and receive Confirmation right now… That’s in large part because of all of you… you’re coming here, you’re sharing your faith in your own ways.  But I really think we’re not even scratching the surface here.
The words of the “avowed” atheist Penn Jillette challenge us to follow the words of Him who we know to be our life and our salvation.  Either we will listen to Jesus and recognize we are the salt of the earth… we are the light of the World…. or we are convicted by Jillette’s words,  ‘How much do we have to hate somebody to believe that everlasting life is possible, and yet not tell others about it?’