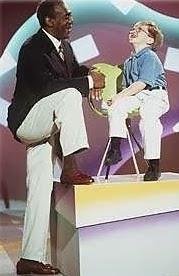 Hi everyone, here’s my homily for the 32nd SUNDAY IN ORDINARY TIME – November 10, 2013. The readings for today can be found at http://usccb.org/bible/readings/111013.cfm. Thanks as always for reading, sharing this blog, and all your feedback and comments. I always appreciate it! God Bless, Fr. Jim

Probably some of the funniest moments that priests have is in our dealings with little kids. When I was in a parish, this little guy loved to make pictures, and was a really observant kid for a 4 or 5 year old. This one day after Mass he came up all proud to give me a picture he had drawn of me that looked like something a little kid would draw. Somewhat stick figures, a bit our of proportion (I was drawn taller than a tree). There was one thing that kind of struck me though was that everything was drawn completely in black crayon. The flowers, the trees, the sun. So I thanked the little guy for the creation and just asked “why is everything in black?” (I mean not trying to be critical but, I was curious – was the kid severely depressed, did he not have another color crayon?) And he just immediately answered “because that’s your favorite color!” I said “Really? What makes you say that? And he says ‘well that’s what you wear everyday.’”

These little ones can be even more funny when they get pieces of religion in and give you their understanding of it back to you. A priest friend of mine told me how when he had a kid come in for his First Penance, the little kid told him he had committed adultery. The priest said “No I don’t think you did” and he was insistent “Father, I did – I committed adultery” so now my friend’s trying not to laugh because the kid was not only contrite, he was getting frustrated that he wasn’t appearing to believe him. So finally my friend said to him – What do you think adultery is? And the kid said “when you don’t listen to adults”.

Those stories came to mind as I stumbled upon an article that shared some kids responses to the question “What does heaven look like?” For Danielle, age 7, she had a pretty simple concept of it: I think I would have my own room and not with my brother.” No doubt this little guy named Sam, age 5 heard gospel passages talking about the eternal banquet as he explained “In Heaven everyone gets a lot of food.” Michael, age 6, took the food and heaven idea and connected it with housing: “My house will be made out of Reese’s Cups, and filled with chocolate.” “Yellow dogs are in heaven because the streets are made of gold. They are both yellow,” says John, 6. And Kristen, who is age 9 believes that “In God’s room, there are TVs so he can see what we’re doing all day.”

We can laugh and smile at their somewhat simplistic (but cute) ideas– their logic – but it is a good question. What is heaven like? And kids aren’t the only ones who project some earthly joys, desires and pleasures in the life to come. There’s been more than a few funerals I’ve been to where people talk about their father being able to play golf everyday and each day the weather is perfect, the course is perfect and he gets a perfect score. Or their mother being able to spend eternity shopping and not having to worry about the prices or not having enough cash. We even think about that eternal banquet imagery as well thinking that we can eat and drink whatever we want without concern about putting on weight. Those all appeal to earthly desires we’d like to maximize. And so its understandable that our concept of eternal bliss, eternal paradise would go in those directions. Although a part of me things I’d get bored with some of those things after awhile.

In tonight’s Gospel, the Saducees are asking Jesus What is Heaven like – but not exactly in the most inquisitive of ways. Rather they confront Jesus with this peculiar example that sounds like a story line that we might find on General Hospital rather than a genuine Theological question:

A man and a woman get married. The guy has 7 brothers. Husband dies, they have no kids, woman marries brother #2, he dies, no kids again – same with brother #3, #4, #5, #6 & #7. The Saducees ask at the Resurrection who’s her husband? Now if I was Jesus hearing this story I would’ve tried the whole answer a question with a question. Several actually – “Is this family Italian?” “How crazy was brother’s 3 thru 7 to see what happened to the first two guys and think marrying this lady was going to turn out differently for them?” “Did the woman have a sister and how did she make out with her husband?” And so on…

The story, the example was intentionally absurd because the Saducees were mocking Jesus. Why? Because they didn’t believe in the Resurrection of the Dead or in any afterlife at all. So they’re pointing out to Jesus that the woman and these 7 brothers were fulfilling the law of Moses that allowed for the brother to marry a widow (who had no children) so that their family line would be able to continue. Which was an important consideration for families thinking about their legacy primarily on this earth. They are using this extreme example to say to Jesus – if you’re saying there’s an afterlife, there’s a resurrection, then wouldn’t the Law of Moses be wrong for allowing this. (They’re trying to trap Jesus and claim he’s a heretic)

Jesus’ answer doesn’t satisfy their hypothetical… not because he’s trying to dodge the question. But because he can’t. Jesus is revealing that the after-life isn’t simply an extension of this life. He’s telling us not to look at heaven as an endless extension of days – but rather a life beyond our expectations, beyond our imaginations, beyond whatever concepts we can ever imagine… It’s similar to what life is like for the unborn child in there mother’s womb. They have no idea the concept of what life will be once they are born. They are connected to their family in biologically, emotionally and spiritually but they could not begin to comprehend what life would be after their birth.

As we smile at the innocence of children’s responses to serious questions, the beautiful thing you hear in those answers is that there’s an undercurrent of definitive trust. The kids might have some concepts that are limited, but they have a pure and innocent belief and faith that God truly loves them and desires their absolute happiness. We laugh because to them their expectation of happiness is houses made of reeses pieces or the absence of their brother living in their room.

For us, grown ups, we have much bigger hopes and dreams that come to mind when we think of what would bring us ultimate happiness. We carry greater expectations including desires of wholeness in place of brokenness; healing to pain; fulfillment and intimacy – communion… While we continue to try to imagine what and how that will look like, Jesus tries to get us to move our vision from simply earthly concepts and rather look to Him, listen to Him who came from there, lived among us, died for us to bring us to that place is worthy of our trust. That if we live for Him, and not be limited by this world and its pleasures but look to the kingdom to come, we will find the promises fulfilled of our God who is not the God of the dead “but for the living, for to him all are alive.”