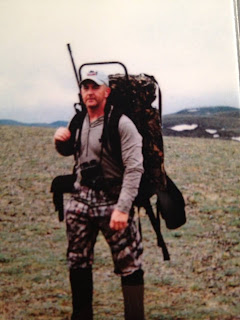 I don’t think I have ever been to a funeral (let alone have the honor to celebrate and preach at one) like I did this morning for Officer Tim Groves.  The mix of emotions of sadness at this loss, but immense pride to see the Township of West Orange that I was privileged to begin my priesthood at and serve for 7 years come together in  such a way – well, only a native son who loved this town so much probably could bring us all together for it like Timmy did.

I wanted to extend my personal thanks to Darren and Mellen Dangler – who are more than just funeral directors who “did a beautiful job.”  They did, but unbeknown to some, they loved Timmy as a brother and cared for him as such both in life and death.  As did so many of his brothers in blue… Mike, Will, Ryan and others that I’m  sure that I’m forgetting.  Again, as sad as my heart has been at the suffering and loss, seeing and experiencing all of that love has been a comfort to me personally and I hope that it will continue to bring healing to all of us as we mourn, and even more, bring about a renewal of fraternity in West Orange.  What better tribute could there be to Timmy?

A couple of people kindly asked for my homily from this morning, so I’m posting it here.  With much love to my friend Tim… Still keep looking for you outside in front of the Newman Center with those noise-cancelling headphones on… Miss you bud. Till we meet again…  Fr. Jim

One of the few smiles I’ve had this past week thinking about Timmy was when Darren Dangler and I were talking about all the arrangements for his funeral. Darren had just gone thru his list of honors, protocols, tributes and dignitaries that were being planned and scheduled for today (all of which has blown even my wildest expecations as I watched that procession up to Our Lady of Lourdes this morning). And he paused and said “Timmy would’ve hated all of this.”

We all know that’s true. He would’ve been first in line, meticulously prepared to be here for someone else, but for himself, I kind of think if he really had his way, he would’ve asked to be cremated, tried not to let anyone know what day the Mass would’ve been, had the ceremonies located up in Canada or Alaska or someplace where he could’ve been buried in a place where some Bears or Moose would be walking around.

That’s not entirely true. Timmy loved West Orange. If there ever was a “native son” of this town, he would most definitely have been a perfect example. But he hated the attention being on him. And that truly was a cross for Tim – that he knew his calling to be a servant to so many others – both at work and “after-hours” – he was truly a public servant… yet at the same time, truly a introverted and private person. Yet even though he shunned and hated any attention on himself, it is entirely appropriate today. We need to do this. And because it was something that his family and friends needed to do, that’s why he would’ve relented and, somewhat begrudgingly went along this beautiful, fitting tribute.

Because he most definitely— was always grateful, appreciative and thankful for his family and friends. And he wanted me to be sure to share that with everyone today…His love and His gratitude to his family and friends – and most especially all of you who were there these last months, weeks and days. He knew that he wasn’t always the most expressive of people to share that personally (although he kind of was able to let you know when he didn’t like something…)- but he knew that you his family and his friends – who’ve been there even at times when he told you not to – he knew that you knew how much deep within he appreciated that, how grateful he was that you didn’t listen to him.

One of those friends who was with him all the time said to me Sunday after Tim had passed “I refused to say goodbye to Tim, because I know that this isn’t the end.” And you know – we often forget that at funerals. We’re overcome by grief. We’re stuck in the sorrow… We’re trapped and focused on the dead body in front of us. Which is completely understandable. The shock of this – despite how many funerals we’ve gone to, it’s always shocking seeing the soul having left the body of someone we love. So it’s hard to remember eternal truths when harsh earthly realities like cancer, like death – smacking us in the face like this.

All week I kept thinking about those words from Tim’s friend – I refuse to say goodbye – which was when I remembered something I had forgotten and something all of us have forgotten – whether in grief or not… The real meaning of “Goodbye.” Our culture has made it an expression of ending, farewell, and separation. But the origin of “Goodbye” as a phrase was as a shortened form or an abbreviated version to say “God Be With You” or “God Bless You.” And that phrase seems entirely appropriate.

Timmy knew and loved God. That’s something that animated his very clear understanding of “right and wrong”; motivated him into selflessness. He knew and received Jesus Christ who has already conquered sin, conquered evil, conquered death. He received Him right here in this place – the Church of Our Lady of Lourdes. He knew that same Jesus who is real and alive in the Eucharist He received many times here in this Church and in those final days at St. Cloud rehab center – was preparing to lead Him into His Father’s house.

That’s why Timmy chose that second reading where St. Paul so powerfully proclaims “We know that Christ, raised from the dead, dies no more; death no longer has power over him.” Tim knew that, and followed Jesus. So he knew that he could trust Jesus’ words from the Gospel– trust in the promise of the one who is risen from the dead who said “Come to me, all you who labor and are burdened and I will give you rest.” We as Timmy’s family and friends are grateful that he who worked more in these 48 years than some fortunate to live twice as long have; we are relieved that he has found rest.

But it’s not a rest of “nothingness” “emptiness.” We’re not simply mourners overcome with tears who say “Goodbye” in despair. We are friends – who through our tears know our brother Tim has now met Jesus Christ in a way that our hearts yearn and long to experience ourselves one day as well. And it’s in that light that we gather. That’s why we’ve all gathered here today. To let our hearts express our love, our appreciation for the gift of Tim Groves. For all the times, for all the things, in all the ways that Tim selflessly, lovingly served others to say

For running down the shore after working the double and before going out to landscape to take care of your Mom, to check on your family – we say God Bless You Tim.

For serving your fellow brothers and sisters in wanting your home town to be a safe home town as you put yourself in harms way as a police officer all these years, we say God Bless You Tim

For not simply looking to enforce the law, but be a role model, a positive influence, combat some of the ugliness of life by creatively working with kids in this town you loved so much – we say God Bless You Tim.

For all your work with the needy with the Elks lodge, those needing assistance, especially the Special Olympics, we say God Bless You Tim

For the courageous, hard-fought battle you fought, defying everyones expectations, imaginations, inspiring us all, we say God Bless You Tim.

God Bless You Tim – and we pray that all the pain, any sin, any attachments be washed away in the Love of Christ, that you are embraced by the eternal light of Christ, in His Father’s House and that you will pray for us until we meet again.