Latest News
Home /Blog/WHAT EVIDENCE DO YOU HAVE

Hi everyone! I hope you’re enjoying these last weeks of summer ! Here is my homily for the 21st  Sunday in Ordinary Time, August 25, 2013. The readings can be found at http://www.usccb.org/nab/080810.shtmlhttp://usccb.org/bible/readings/082513.cfm . Thanks as always for reading and for your feedback and comments – as well as sharing the blog with others – I appreciate it! God Bless- Father Jim

++++ Quick commercial:  We’re coming to the end of our ANNUAL SUMMER APPEAL.  We’ve raised close to $9,000 towards our goal of $15,000 this summer.  CHECK OUT THE NEWMAN CATHOLIC WEBSITE – particularly the tab marked “HELP”  to see before and after pictures of the new patio we just installed… this week the 15 foot outdoor crucifix will arrive from Italy and be installed in front of the center.  Go to http://www.MSUNEWMAN.com/  and click on “Summer Appeal” for more information.  Thanks to all for the generosity and their consideration of this appeal! +++++++++++++++++++++++++++

Evidence
It’s that crucial factor sought in court trials, scientific experiments, medical theories… It’s (hopefully) the thing that makes the difference between theories and “the truth.” 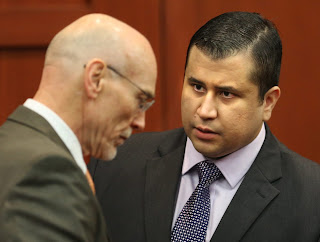 Think back over the last few months we have heard stories of pretty high profile court room trials.  Probably the one that was the most intense and had nationwide attention was the trial of George Zimmerman over his shooting and killing Trayvon Martin, an unarmed teenager.  For the months leading up to this trial, people had heard bits and pieces of the story (from sources that could hardly be described as “neutral”) that by the time the actual court case began, large numbers of people had already come to believe extremely different versions on what happened.  To some George Zimmerman was a guy who had wanted to be a cop, had volunteered for his “neighborhood watch” and found himself in a terrible chain of events where he ended up taking the life of a teenager walking home from a convenience store.  To others he was a bigoted person who had racially profiled this young man and killed him in cold blood.  The difference in the trial according to jurors who acquitted Zimmerman, was the  evidence – which when considered in its entirety told a different, more complex and less absolute story.  Yes it is still utterly tragic, still rightfully infuriating and still should cause us as a nation to ask some difficult questions and do some soul searching on a lot of controversial issues.  And it’s true no one but George Zimmerman and Trayvon Martin will know exactly what happened that evening.  But if there’s one thing people who were not in that courtroom should agree on is that we know a heck of a lot less than the jurors who spent days and weeks looking at and hearing all the evidence presented.
Similarly every so often we’ll hear a story that raises the hopes of millions that a cure for a disease is on the horizon.  Usually these stories are trumpeting a new theory, a new medicine that potentially can fight something that has been a scourge to countless millions of people and their families with the hopes of raising awareness (and funding) to see if those theories, those medicines actually work.   Those stories are exciting to hear.  Just the television commercial saying “Coming up next at 11:00, ‘is this the cure for cancer?’ is enough to keep many of us tuned in hopefully optimistic that this will be the great news we’ve been waiting for.  But the reality is that those claims are just that – claims, theories, potential cures until we have the evidence to prove they actually work.
Today’s gospel asks us to consider a tough question.  What evidence could each and everyone of us present that shows we are Christian?    A lot of people probably answer it very quickly saying “Sure I am” citing  “well I was Baptized;” “I went to Catholic School”“I go to Mass every Sunday.”  Those are all important facts, and essential pieces for sure.  But looking at today’s Gospel we hear that’s not enough.   Because it starts off somewhat innocently enough as one of those in the crowd listening to Jesus asks a question that all humanity wants an answer to:  What do we have to do to have eternal life?  Someone asked him ‘Lord will only a few people be saved?’
Jesus’ answer is disconcerting because it’s somewhat blunt:  He answered them ‘Strive to enter through the narrow gate, for many, I tell you, will attempt to enter but will not be strong enough.’  Jesus goes on to cite people who might have this “familiarity” with him, who will not be saved “We ate and drank in your company and you taught in our streets’and he will say to you ‘I do not know where you are from.  Depart from me you evil doers.
In short, it’s not enough for us just to be Baptized, attend Mass on a weekly basis and have some basic Christian knowledge.    Those things are essential to be sure, but too often we can think that’s enough.   But on their own they are pieces of a story in a trial that might sound plausible or a scientific theory that sounds promising – but without more evidence remain just those things – stories – theories.  To say we are Christian demands further evidence – namely the ongoing, daily, lifelong response on our part of LISTENING to HIM; FOLLOWING HIM; LIVING OUR LIVES BASED ON HIM AND WHAT HE HAS TAUGHT US.
That’s why that line about “STRIVING” should really stand out in our hearts and minds… We have to enter into the difficult spiritual battles dealing with temptations and resisting them.  We have to repent of our sins and failures trusting in God’s Mercy and resolving to strive to do better not to commit those same sins again.  We have to take seriously the commands of the Lord to take care of the poor, the sick, the helpless –  not because it’s just a nice thing to do, but because Christ told us that’s one of our duties.  We have to be missionaries – each and everyone of us – proclaiming the Gospel both in word and deed.  When we striveto do those things – as imperfectly but with all sincerity trying to do these things, it’s then that God’s mercy will make up for what is lacking and help us through that narrow gate.
May you and I never lose our eagerness to live for Jesus Christ to follow him wholeheartedly and amass irrefutable evidence of who we are and whose we are…