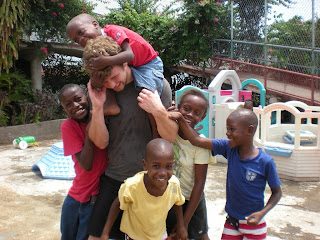 Hi everyone, here’s my homily for JULY 21, 2013 – the 16th SUNDAY IN ORDINARY TIME. The readings for the day can be found at http://usccb.org/bible/readings/072113.cfm Thanks as always for reading, sharing, and all your comments and feedback. God Bless! Fr. Jim

++++ Quick commercial:  If you have a moment, CHECK OUT THE NEWMAN CATHOLIC WEBSITE – particularly our “SUMMER APPEAL” section. See before and after pictures of the new patio we just installed… We’re trying to raise another $15,000 to cover the new 10 foot outdoor crucifix that will be installed outside the Newman Center http://www.MSUNEWMAN.com/ .  Thanks to all for the generosity and their consideration of this appeal! +++++++++++++++++++++++++++

In many ways, I’m spoiled.

Not simply because I’m the “youngest son” and that Mom still takes care of her “baby” (although that is true). I’m spoiled in my ministry. I’m spoiled that as a Campus Minister I get to work with these energetic young men and women at such a pivotal and important point in their lives where they are figuring out who they are and what they want to do with their lives. It’s true that it can be incredibly tough, but it’s exciting…

I’m spoiled because for the past few years part of my work in campus ministry has allowed me the opportunity to be a Chaplain for FOCUS – the Fellowship of Catholic University Students. This is a group of mostly recent college graduates who make a commitment for a couple of years to serve as “missionaries” to their peers. They work on campus evangelizing, offering to help lead college students to a deeper relationship with Jesus Christ and His Church, through bible studies, one on one mentoring and participating regularly in the Sacramental life of the Church.

I’m spoiled because I get to work with these missionaries who have such a purity and innocence about their service they are so immediate, selfless and generous in their responses to what the Lord is asking them to do, they don’t even realize it. Because often times their peers that they serve on campus don’t realize that the missionaries have put their lives on hold – their pursuits of careers, jobs… their “selves” on hold and go and fundraise their salaries for the opportunity to work on a college campus with their peers and talk to them of Jesus Christ. Just being with all of the missionaries for a few weeks during their “staff training”, where they spend 5 weeks in a type of boot camp of prayer, school, and preparation to going to their campuses, I got to see that it doesn’t stop there.

Throughout the summer, many of these missionaries were preparing to lead students on other “mission trips” throughout the world. One guy left the second week I was at training for Togo (which is in Africa) with a group of 10 students for a month long mission trip. Another one of our students just returned from Haiti serving at another FOCUS mission trip. As I write this, another group of FOCUS missionaries, including one who was assigned to Montclair State this past year and some of our students are presently in Spain, walking about 15-20 miles a day to reach the place where St. James was buried, participating in a pilgrimage that Christians have been doing for centuries. It’s called the “Camino de Santiago” (“The Way of St. James”) It’s physically, as well as spiritually grueling. They’re limited in their communication since they’re staying in hostels and camping as they go so there’s been a few texts or facebook posts to let us know they’re alive and continuing to walk.

And then there’s the other acts of selflessness that some of them attempt to hide out of their own goodness and generosity. One of our missionaries had been trying to keep it secret that he is donating his kidney to a friend (in fact he’s doing so this week, so if you could keep him and the recipient in your prayers I’d appreciate that)

All of these anecdotes come to mind because sadly what has often been a recurring theme in all of these stories; something that I hear often from the missionaries (and students who wish to participate in these mission trips) is the push back that they will receive from their families and friends: “Why are you going to do that?” is often the first thing they are confronted with when they even mention the idea of applying to become a FOCUS missionary. “You’re going to fundraise your salary – the Church has the money, they should PAY YOU” (fyi – despite how often the media distorts the facts of things; the Church does not have money stored away under some cushion in the attic of the Cathedral… if people looked at how in the red we often are in order to keep our services, our Churches, schools, hospitals, shelters, etc open they’d see that)

And then when these young people then announce “I’m going to Togo” or “I feel this strong desire to do a mission trip” sometimes they’re not congratulated or encouraged – sometimes is the “final straw” – “You’re doing WHAT?” followed by a lengthy list of reasons not to do it – as well as anger, fear, frustration… arguments that “let someone else do it.”

While I can appreciate that sometimes the concern is parental concern for their children’s safety (even though it’s apparent that Mom and Dad haven’t realized their children aren’t children anymore) But often times, especially when it’s coming from other family members or “friends,” it’s not concern, it’s sadly bitterness that a person has towards someone elses responsiveness to the Lord’s call, to His invitation to them. Which isn’t new – isn’t confined to FOCUS missionaries getting push back from family or friends. That’s at the core of this short Gospel passage between Jesus, Martha and Mary.

So often this encounter is portrayed as Martha’s working her tail off, trying to be a good host, Mary’s simply enjoying being with Jesus; and when Martha’s overwhelmed by the tasks and complains to Jesus, he seems to side with Martha, the “slacker” in the story. But it goes a lot deeper than that. Jesus isn’t judging the tasks or the work that either sister is doing. He’s not unappreciative or dismissive of Martha’s contributions or even saying that Mary’s doing something more important when he says she has “chosen the better part.”

Jesus is speaking of what is going on in each of these women’s hearts. Martha has made a judgement about Mary’s responsiveness to the Lord as less important than what she’s doing. She’s determined that Mary shouldn’t be doing what she’s doing and she’s become bitter about it to the point of complaining openly about it. In doing so, whatever generosity of spirit Martha may have had is pushed aside as she goes about her tasks, more and more frustrated that Mary hasn’t offered simply to help her (I wonder if Martha even thought to ask for help or had she simply expected Mary to read her mind and offer to help her?) Perhaps as all of this was going on Martha might have forgotten who it was she was busy preparing the meal for in the first place – that Jesus was right there in their midst.

That’s why I feel I’m spoiled by the FOCUS missionaries. So often their responsiveness is so genuine and sincere that it causes me to look at how do I respond to the Lord’s invitations, His calls in my life. Because Jesus’ calls doesn’t end once we’ve discerned is he calling me to married life; to religious life; to priesthood; to being a single, lay-person. Those are huge life-direction calls to be sure that He calls us to. But that is followed with a life-time of invitations, opportunities, experiences where he is constantly calling us to respond to Him in how we are going to live out that call. To couples preparing to get married, there was an old prayer for the wedding day that basically says that on the wedding day the challenges, the struggles, the joys, the blessings that they will face is hidden from their view – but the prayer is that they will always go to Christ and see His presence in the midst of them all. That same prayer is applicable to every Christian, whatever life vocation they are called to.

The problems begin when we start judging other people’s responsiveness to the Lord’s calls. The couple blessed with 7 children of their own isn’t “better” than the couple unable to have children of their own. The priest who is doing missionary work serving the poor in a foreign country isn’t doing more important work than the parish priest working in an affluent parish in the US suburbs.

Ultimately, the lesson that Jesus teaches us through Martha and Mary is that what matters, what is the “better part” for each and everyone of us – priests, lay people, FOCUS missionaries – doesn’t come down to what it is we are called to do – but how we do what we’re called to do. Are we responding with pure love for Christ?