Latest News
Home /Blog/WHO ARE WE LISTENING TO? 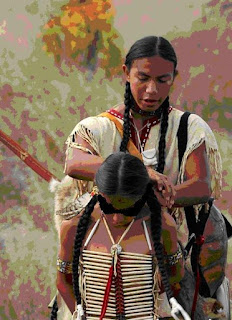 Hi everyone here’s my homily for the SECOND SUNDAY OF LENT – February 24, 2013.  The readings can be found at http://usccb.org/bible/readings/022413.cfm .  As always I appreciate your reading, your comments and feedback and your sharing the links on facebook and twitter…  God Bless – Fr. Jim

There once was a Native American boy who, at the age of 16, as was the custom of his tribe, sent out into the wilderness – alone for 30 days.  Throughout those 30 days, the young man would have to take care of himself, make his own shelter, find his own food, defend himself against wild animals . . . After the thirty days were completed, the men of the tribe would search for the boy out and then “initiate him” as an adult into their community after he had proven himself in such a way. So, this one young boy set out.  And for a few days, things were fine . . . Plenty of food, no wild animals, he found suitable, safe shelter each night.  Around a week into it, though, he was having difficulty finding food . . . as a day or two turned into three or four, he grew more and more frightened, more and more anxious. Thoughts of starving, as his stomach was grumbling more and more with each passing minute, made the boy search more frantically. By the fifth day without eating, he looked up and saw a mountain in the distance. He thought, “If I wander up that way, up the mountain, maybe there will be some food.” So he went off in that direction, started climbing the mountain, and as he did so, he found a path that seemed to lead towards the top of the mountain, so he started to follow that. After  a few hours of following that path, moving more and more upwards, his stomach continued to growl in hunger, he was exhausted, but he kept trying, stumbling around the top of the mountain.

Suddenly a rattle snake came across the path in front of the young boy. Terrified, he stopped dead in his tracks as he looked at the snake and the snake looked at the boy. All of a sudden the snake started to speak to the boy. He said “Boy – I’m lost up here in the mountains, you’re the first person I’ve seen here in a long time so I know you can help me . . . show me the way down the mountain.” The boy said “No way – I know you’re a rattle snake . . . I know what you can do to me.  Any moment you can strike me, you can bite me, you can kill me.” The snake said “You look tired, you look hungry.” and the Boy answered – “I am, I’m exhausted, I’m starving.” And the snake said to him – “Listen to me – if you would just pick me up, bring me down the mountain, I know where there’s great abundance of amazing food that I can give you.” “But you’re a rattle snake, I know what you can do to me.” The snake responded, “Listen to me, I promise you I’ll lead you to food – I promise you I won’t hurt you.” The boy thought for a moment, and said to the snake, “You promise?” The snake said, “I promise.” So the boy took the snake all the way down to the bottom of the mountain. And when they got to the bottom of the mountain the snake led him to an amazing, abundant supply of food. The boy ate and ate and ate . . . He was so overjoyed and excited.  And the snake saw how happy the boy was, and started to dance and the boy danced . . .  and the snake and the boy were eating and drinking and dancing more and more and it was just glorious after such a hard week for the boy. All of a sudden the snake struck him. He bit down hard on the boy. And the boy screamed, wreathing in pain and fell to the ground. The snake slithered over to the boy and the boy, crying, said to the snake “You Promised . . . You Promised you wouldn’t hurt me.” And the snake answered, “You knew what I was when you chose to listen to me…”

As we’re entering this second week of Lent, this time of repentance, this time of renewal, we’re confronted with the question – what are the things that we’ve allowed into our lives, people that we’re listening to that influence who we are, what we do, what we think . . . “rattle snakes’  that we listen to, that we know at any moment can strike us . . . things that are leading us into places that we know aren’t right . . .  that can – that do hurt us, and hurt others around us?

This is why, in this early part of Lent, we hear of another story from another mountain top.   This amazing experience of Jesus being transfigured in the sight of three of his closest disciples, Peter, James and John. And what an experience it must’ve been. Jesus’ appearance is transformed.  Moses and Elijah appear, and are speaking to Jesus. While the gospel says they were at first fearful (which is understandable) almost instantly that fear gives way to ecstasy.  They are blown away by what they are experiencing . . . what they are privileged to witness and be a part of. Peter gets so excited he doesn’t ever want to leave.

Why would he? Now that Peter’s seen a glimpse of Jesus’ glory, a sign, an affirmation of what their hearts had been telling them was true . . . the faith that they were still coming to appreciate and understand, he doesn’t ever want to leave this revelation. But Jesus has work to fulfill, a mission to accomplish. He needs to go to Jerusalem to defeat evil once and for all on the Cross. The Voice of God the Father is heard and speaks to Peter, to John, to James . . . and to you and I.  If we want to experience that victory ourselves, if we want to defeat the evil one in our own lives, The Voice of God says of Jesus Christ, “THIS IS MY CHOSEN SON. LISTEN TO HIM.”

“Listen to Him.” Three words – sounds so simple. Yet for Peter, he would very quickly discover that when voices of anger, voices of fear, voices of convenience and lies – voices he knew better to avoid, he could still listen to them, and still makes that tragic choice. In that moment, he would forget this encounter, he would let this memory disappear and stop listening to Him and instead listens to those voices of harm and destruction.  He would deny the confirmation of who Jesus Christ was by God the Father, saying the words of betrayal three times during Christ’s passion –  ‘I know not the man’

While we sadly recognize how often we make that same mistake in our lives, allowing voices in that discourage us, lie to us, diminish us – telling us that we’re weak and can’t resist the temptation to sin; telling us that we’re foolish in believing that there’s anything better than what’s in front of us (so we might as well get as much as we can, despite the fact that we seem less fulfilled, less satisfied with each purchase, with each pursuit of worldly desire). Yes, there’s rattle snakes advancing lies and offering, promising us happiness by listening to the shortcuts they represent.

Yet the transfiguration of Jesus calls out to us. Wherever we find ourselves, we are to turn away from those failures and mistakes, those times we’ve allowed unworthy influences to enter in and have our attention.  We can also turn it around, like St. Peter ultimately would do. WE KNOW who Jesus is… God’s Chosen Son.  Knowing that, remembering that glory of Jesus, Remembering the amazing future He’s promising, experiencing the happiness of that future right now that can be ours if we have to make that choice to Listen to Him and Him alone.
Listen to Him as he tells us to excise those sinful things.

Listen to Him as calls us to make a good confession and to be reconciled with God, and to others.

Listen to Him – knowing that we can trust His promises, even if the world deceives us.

Whose voice will it be that directs our path this day, this week, this Lent, this life of ours?