Latest News
Home /Blog/WHO WE ARE & WHOSE WE ARE 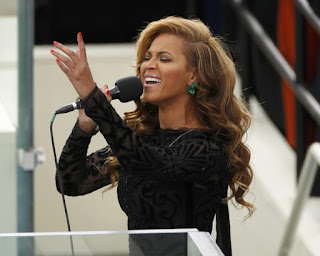 Hi everyone – HAPPY LENT!  Here’s my homily for ASH WEDNESDAY – FEBRUARY 13, 2013.  The readings for today can be found at http://usccb.org/bible/readings/021313.cfm.  As always, thanks for all the sharing, your feedback and comments.  I hope you have a meaningful Lent that draws you closer to Christ.  God Bless – Fr Jim

HOMILY:
Two questions that Ash Wednesday puts out there for us:
Who we are
and Whose we are

I know that sounds very Owl-esque. But if there’s two questions to keep in mind and your heart from your time here today on this Ash Wednesday it’s those two: Who we are and Whose we are.
So quick show of hands – how many of you watched the Super Bowl a week and a half ago? Does anyone remember the headliner of the half-time show?
Woman by the name of Beyonce – right?
Beyonce has been in the news a lot lately. Before the Super Bowl she sang at President Obama’s Second Inauguration – one of the hardest songs for a vocalist to perform – The Star Spangled Banner. And by all accounts people were amazed by it. Comparing it to the high standard that Whitney Houston had years ago at the Super Bowl in the 90’s.  Anyway, soon after it was discovered that she didn’t sing it live – but had recorded it earlier. Not only had she not sung it live, but the orchestra had recorded the accompaniment as well. So she (and the orchestra) mimicked performing to a recorded track. It was very embarrassing. So Beyonce a couple days before the Super Bowl sang live at a press conference and promised that she would perform live at the epic game.  To be honest, there was more stuff going on on that stage during half time that evening that I doubt people were even wondering whether she was singing live or not. From the over the top production with pyro techtronics, to the “costumes” or lack thereof.  It was jaw dropping.
The thing that was so sad to me is that Beyonce has an amazing voice . . . she didn’t have to fake it at the Inauguration or diminish it with a risque act at the Super Bowl.  But because there’s many who tell you the answer to the question who we are  – is what we do – so it has to be exciting, it has to be perfect, it has to get people’s attention and whose we are – is how many friends or fans or followers we have.  That’s how, Beyonce’s God-given talent (and it is from Him; if you doubt it, ask yourself where you could get a voice like that if you wanted one) – her God-given amazing voice – isn’t enough. She has to worry about competition from other vocal artists and performers.  She has to keep her act “fresh.”

Lance Armstrong – he’s another guy who’s been in the news a lot. The story about this man who 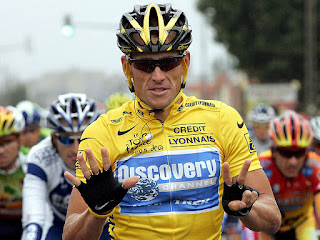 was a professional cyclist. Who – what was it 10, 15 years ago – found out he had an aggressive form of cancer that his doctors felt the prognosis was pretty grim.  But he defied the odds, beat cancer, returned to cycling, started the LiveStrong foundation, inspired cancer patients all around the world, and then won the cycling event the Tour De France something like 8 times.
After years of speculation, charges, accusations and denials on his part, he finally admitted that he took illegal drugs that made him the cycling champion.   Again, the thing that was so sad to me is that Lance Armstrong had an amazing story . . . to go from being given a death sentence, to defeating that terrible illness, to doing all of this for the world to see, to get back into shape to even be able to cycle again and compete again . . . That was amazing enough. He didn’t have to use illegal drugs (and certainly didn’t have to lie about it and lie about and seek to destroy everyone who implicated him)   But again, if we buy into the world’s perspective of who we are it wasn’t enough to be a survivor, he needed to be a Champion who destroyed his competition and whose we are –  with an unquenchable desire for endorsements (aka, money) becomes too tempting to resist.  All of a sudden Armstrong was blinded to all the gifts, the talents and somewhat miraculous things that have already happened in his life  (In fact, sadly, Armstrong has says  he doesn’t believe in God at all)
For each of us, who don’t have TMZ or ESPN or paparazzi following us, we still face those same temptations – to live by the definitions and expectations the world puts out there; which affects how we look, what we do, what we think is really important in life or not. . .  Which is why what we do today is so revolutionary.  Ash Wednesday gives a bold, stark contrast to the examples we see and are tempted by ourselves. . . an answer to the question of Who we are and whose we are.  They are the words we hear as the ashes are put on our heads:
REMEMBER YOU ARE DUST AND UNTO DUST YOU SHALL RETURN –
Hearing those words can be frightening.  People can’t accept that we are merely “dust.” That we are not in complete control of our beginnings and endings. And that tension can make us turn inward, give into the temptations give into the lies that tell us we are what we feel, what we want, what we do and that we can do whatever we want – because YOLO! –Or, if it is true, we might as well enjoy as much as we can for as long as we can till it’s all over.  Who cares if Beyone’s lip syncing or that Armstrong is cheating…they look good?
Ash Wednesday invites us to seek a different answer, to go deeper. To accept, to own that, yes I am Dust and unto Dust I shall return.  That in the history of creation, God, our all loving Father had you and me in mind as a part of this masterpiece of creation.  That he took that dust, and fashioned and shaped it and made each of us just a bit different, just a little bit special from one another and breathed His amazingly miraculous breath of life into each of us.
That’s Who we are . . . and Jesus Christ, the Son of God, He came down from heaven. . . He came to be a brother to us, to make us Sons and daughters by living for Him, by following Him.  He came to save us from our sins… Save us from ourselves and the temptations we give into that always promise to make us something or someone else but always fail, always make us feel empty in the end. Because of His life, death on the cross and resurrection, Jesus’ is whose we are . . .
As we get marked with these ashen crosses and hear those words, we’re not to be filled with fear but with an amazing awareness of God’s love.  That He must have thought pretty highly of us to take something so dirty and lifeless and make it into something so special – you and me. That He still feels that highly of us, that he constantly reaches out to us – to make this Lent the time, the opportunity where we turn away from the messages the world keeps shouting at us and evaluate how we are living for Him, following Him.
If you’re like me, you’ll realize, despite our best efforts or intentions, we’ve fallen short. We’ve messed up. We’ve let other things enter in that take up more time and space than they should have.  But, nevertheless, take this opportunity to do something – Go to confession – take this booklet and read why we go to Confession and how to truly be free of the things that have weighed you down or diminished you.  Think of ways that you can Fast, Sacrifice (by giving money or your time), help someone else and Pray. If you have fallen out of the practice of going to Sunday Mass, resolve to start again. It’s never too late. That’s the beautiful thing about this amazingly beautiful day. We have that opportunity to once again reject the lies of the world around us and remember – Who we are, and Whose  we are.
And, once we realize that, once we begin to glimpse the wonder of that fact, then we will also begin to understand that, even after we have returned to dust, it doesn’t end there.  Now is the time we make our preparations; but God has also been making His- preparing for us, His people, a life after death, a joy after sorrow, and a love for us which will live forever.  May you and I be strengthened by Him who touched our hearts to make this time to be here today and get to this eternal, important work.