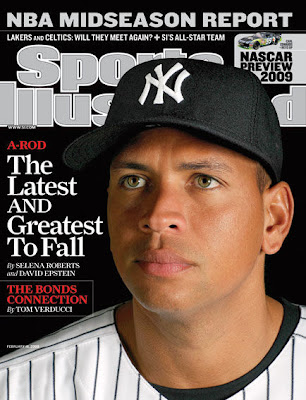 Hi everyone here’s my homily for the FOURTH SUNDAY OF ORDINARY TIME – FEBRUARY 2, 2013 – The readings for today’s Mass can be found at http://usccb.org/bible/readings/020313.cfm.  Thanks as always for reading, for sharing links to the blog, for your feedback…  God Bless – Fr Jim

On this Super Bowl weekend, professional football is pretty much on the minds of fans and non-fans alike.  Every year it remains the most watched sports event in the United States – and has taken on a social aspect that has made it almost a holiday atmosphere – with families and friends having parties (whether their favorite teams are in the game or not). So much so that there’s even been a movement in our nation with a campaign and petitions for the day after the Super Bowl to be declared a national holiday (why we can’t move the game to Saturday night instead of Sunday as a more reasonable option escapes me . . . but I digress)

For me, the thing I like about the Super Bowl is that it means it’s only about a week and half before pitchers and catchers arrive for Yankee Spring training with the rest of the team due about a week after that.  For you non-Yankee fans (what’s wrong with you – how can you not like the Yankees? Are the 27 world championships, the single most number for any professional team – not enough for you? ) but for those of you who aren’t Yankee fans, you might not have been following things and realize that the Yanks are having some problems this year.

The teams players are pretty old – which in a sport like Baseball where you have to play 162 regular games in the season, after two months of practice and if you’re as fortunate as the Yanks have been to be in the Playoffs and World Series on a regular basis which adds another month to the schedule – that gets kind of hard the older you get.   But aside from the age problems of the team, the more negative news is that the steroids and performance enhancing drug scandal has once again plagued the Yanks. Within the last week or so, allegations surfaced (once again) that Alex Rodriguez was among a list of other ball players who may have used these illegal drugs to help him maintain his athletic edge, to reduce the effects of aging on his performance as recently as 2009. Alex Rodriguez hasn’t really ever been fully accepted by Yankee fans for a variety of reasons – and because he has admitted to using drugs in the past, I can imagine it’s going to make things particularly hard for him this coming season – whether he’s in front of the home crowd or on the road.  So I can’t say that it’s bothered, surprised or saddened me as much. But those stories that have implicated other players has done that to me in the past.

Like when it came out a few years ago that Yankee pitcher Andy Pettite was using banned substances. He always came across as such an honorable man both on and off the field that when he admitted to using them it really bothered me.  Unfortunately we know this isn’t contained to baseball… For my brother – he’s been an avid cyclist for years, competing in races around the state, being one of the few who actually watches it on television on a regular basis – he had such respect and admiration for Lance Armstrong, I haven’t had the heart to ask him what he’s thought since Armstrong’s final admission just a few weeks ago.

In all these incidents it’s amazing to see how quickly athletes move from, as they say, Hero to Zero.  If you think about it though, that’s really unfair, isn’t it?  I mean, as human beings we’re all prone to temptation. We’ve all experienced failures and sins in our lives.  That these athletes are prone to those same weaknesses and failures as we are shouldn’t surprise us, nor entitle us to be as judgmental as we can be at times. Part of our reaction, part of this “Hero to Zero” fall that they experience is our own fault.  Because fans have invested so much admiration for them over the years as they supported them, followed them, cheered them – when these sad truths come to light, fans can go through something that is almost similar to the stages of grief. First denial – it can’t be true – Anger – that (fill in the blank) Bargaining – (everyone does this, so what’s the big deal? They should just legalize the drugs and end this) Depression – I’m never going to watch that sport again or be a fan of some athlete again – to Acceptance – so and so let me down, and it was a crappy thing to do, but that doesn’t change my love of the sport or my admiration of the other players who do keep on the straight and narrow.

While a fan may eventually get to a place of forgiveness, enjoy the sport again – for the most part their image of this “Hero” has been so radically shifted that they will never look at things the same way again – and definitely won’t look at that particular athlete implicated in these scandals the same way, either.

On a certain level, we hear a similar type of reaction, a similar experience happening to Jesus in today’s Gospel. Before his hometown crowd, his local “fans” if you will, Jesus has just read Sacred Scripture to them all. He read the words of the Prophet Isaiah (which we heard last Sunday) announcing that the Spirit of the Lord was upon Him – that He was the Anointed One proclaiming to the people this Good News of salvation. He takes those words from the Prophet Isaiah and makes the shocking, but long hoped for claim, Today this scripture passage is fulfilled in your hearing. And so far, so good – the crowd is psyched . . . The Gospel says people “spoke highly of him” and “were amazed.”  What does that mean? The people probably experienced Jesus’ charisma – that when he spoke and preached and was simply in their company there was something amazingly different in Him then there that was in anyone else they had ever met. They probably had heard stories about miracles happening, and were eager to see what might happen next.

This claim that Jesus was the Messiah was an exciting prospect.  Because the people Jesus was speaking to wanted to be saved. Or at least they thought they wanted it.  See, they wanted the Roman occupiers who had conquered them, treated them as second-class citizens in their own homeland to get what was coming to them. They wanted a Messiah to come for them and to re-established them as the “Chosen People.”  They wanted an earthly Kingdom to be reestablished, for their place as royal citizens to be certain.

When Jesus goes out of his way to explain to them it’s not going to happen like that, they feel betrayed.   Jesus cites all of those examples – the widow, the leper – to remind the hometown crowd how God worked through individuals who don’t conform to people’s expectations.  It was Jesus’ way of explaining to His listeners that His Messiah-ship wouldn’t conform to their expectations, either.   Jesus makes it clear God wasn’t (and isn’t) interested in saving just a small group of people in a particular, exclusive earthly kingdom. This Good news of salvation is for Everyone . . .    And they definitely got the message…

This claim was so radical – is so radical – that, to them, Jesus goes from Hero to Zero in their eyes. Look at their reaction. They don’t yell at Him saying you’re a liar for saying you’re the anointed one – you’re not the Messiah after all . . . They respond in anger wanting to kill Jesus. Their overreaction, their unleashed rage reveals how this image they had of what a Messiah should be, of what He should do, was so deeply ingrained in them, that they missed the possibility that Jesus was offering something far greater than their misconceptions would have produced.  No, He wasn’t the Hero they were hoping for, but their hardness of heart made them miss that, far from being a “zero,” Jesus was the single most important man in the History of Humanity.

In our day and age, there’s more than enough example of people who’ve sown seeds of doubt, who have made us cynical to believing anyone on anything.  We can easily make the same sad mistake as Jesus’ hometown crowd, the same sad mistake as Israel, the same sad mistake as countless numbers who have allowed those bad experiences, allowed their expectations or experiences or misconceptions to keep them from recognizing that God can work among us, work through us. We can’t take God’s miraculous action for granted simply because we’ve judged it as not miraculous enough.  We can’t limit ourselves to being “zero’s” because we are looking outside of ourselves for another hero . . . failing to see, to hear, to accept all that Jesus’ has done, is doing and will continue until the end of time to do for us in establishing His eternal kingdom.

If we accept Christ for what He really is – so much more than we ever imagined a Messiah could be – then, finally, He can go about affecting our salvation, bringing His love and His peace into our lives, in this world, and in the next.