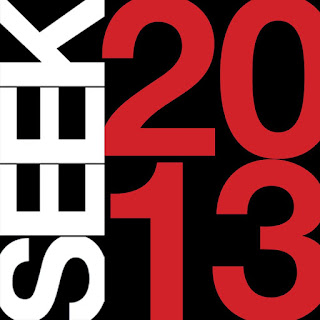 Well, there’s a reason there hasn’t been any updates since last night…

I’ve been fighting a Sinus Infection/Upper Respiratory Infection since mid December.  As of New Years Eve, I was still 50/50  about whether I was going to SEEK.  (Had to switch antibiotics three different times, and was just still under the weather)  I felt good enough Tuesday to go – and attempted to “pace” myself.   But the reality is, it’s a bit of a Marathon – from the 23 hour bus trip down, to basically running non-stop once your there.  There’s talks, Masses, confessions going on all over the place.  There’s students you’re trying to touch base with and see and hear what they’re seeing and hearing.  It’s all great stuff, but it’s hardly a Vacation in Disney…

In any event, last night — the night after we had 4 and a half hours of confession ending after 1 am (and not sleeping great/getting up at 7 am to start the day again) — I got zero sleep.  I had some adverse reaction to one of the meds I had.  So by 5 am, I was just concerned that another day with the final talks, Mass and then another 23 hours in a bus might not be the best thing for me.  Fortunately I was able to get a flight out of Orlando and got back early this afternoon.  So I’m sitting here semi-conscious in Montclair – while my beloved “kids” are just at the early part of their journey home.

So I ask you to keep them in your prayers for a safe (and preferably uneventful journey – unlike the trip down!)   I know they are in good hands with the FOCUS missionaries on board both buses (and am most appreciative to Chris, Anna, Mike, and Ania for all their tremendous work leading up to and through the entire conference) 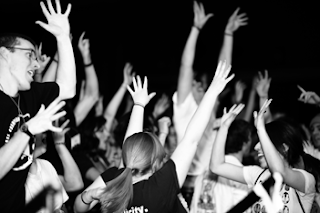 More importantly though:
To all the students who went – one of the things I was going to say to you as we travelled home was how proud I am of you.  That you took the chance, took a sincere “leap of faith” to open your hearts and minds to something that the Lord was inviting you to experience.

And what was it you experienced?  Perhaps it was the first time you’ve been to confession in years.  Or maybe adoration and Mass with 6000 of your peers was just overwhelming.  Maybe a talk challenged you to look at “the consensus of modern culture” and see the lies that they propagate to lead people further away from Christ.

Whatever it was, my prayer on this Day of Epiphany, is that all of you will follow the example of the Wise Men in today’s Gospel.  We read in the Gospel that they too took a leap of faith.  Seeing that distant light of Christ, attracted and excited by it, they went to see and experience Him for themselves.   And once experiencing it, departed for their country by another way.  They couldn’t go back the same way they had come.

That’s the true test of having an authentic encounter with Jesus Christ – that once we’ve seen Him and Experienced Him, we too can never come back the same.  I look forward to see how that will manifest itself in your lives and on this campus that you are now commissioned to cast His light onto.