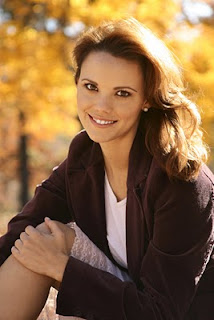 OK -so quick confession… I didn’t really know who tonight’s Keynote Speaker was (side note – she later said that those who didn’t possibly had more brain cells than those who did because that meant we weren’t watching AMERICAS NEXT TOP MODEL) but wow… what a testimony.

Leah Darrow gained media attention as a contestant on that infamous “reality show.”    And in an incredibly moving address where she was so incredibly real, vulnerable, and honest in sharing how far she had moved away from God, away from the Church, away from all that her family had taught her.  Instead she found herself in a world that was very empty, destructive and promising her greater fame, greater recognition if she just kept along that path.

Of the memorable comments she shared was that people go around with the hashtag YOLO (you only live once) and she said “that’s crap… you only die once.  we live every day.”  And then she challenged these 6000 to not go down the path that she was on, but to recognize that God has created each of us for greatness.  And that we are to live each day like that.  Because, as she said “I’m a Princess… If Jesus is King of Kings, If He’s my King – than I’m His princess… and that means I’m to be a humble, loving servant.”

There was a description going into the talk ever head of the prodigal son?  I’m his sister — yeah… that about said it all.  Truly a moving and griping witness of God’s love and mercy.