MERRY CHRISTMAS!!!  Here is my homily for the feast of the Nativity of the Lord, December 25, 2012 .  The readings come from “The Mass during the Day” – http://usccb.org/bible/readings/122512-mass-during-the-day.cfm .  Thanks for your sharing the blog post and all your feedback and comments.

My prayers and best wishes to you and yours for a Blessed Christmas. 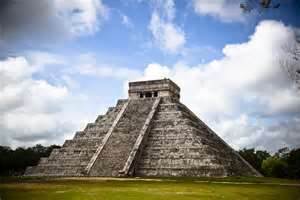 “Who are the Mayans anyway?” That was a question I posed to one college student who was joining in with a bunch of his friends, discussing the widely spread “theory” that this past Friday – December 21st 2012 was going to be the end of the world. People (I don’t know exactly who these people are since I can’t say I was overly interested in their theory . . . but I digress), people had based this theory on interpretations that a calendar, from an ancient group of people, had come to its final day and, therefore, was predicting this “final fate.”

It kind of surprised me how little these guys knew about who the Mayans were. Not to give credence to old stereotypes, but I must admit, they are members of a fraternity that I advise, so perhaps this wasn’t the best pool of people to interview. But most of them didn’t know where the Mayans were from, or anything of significance about the people, the culture, the beliefs of the Mayans in general. But, somehow, the message that Dec. 21 was going to be the end of the world did get to them. They knew about that . . .

Some of them simply mocked it – here we go, another wacky prediction that won’t come true! Some joked about it . . . One guy said, “I’m asking for an extension on my term papers and not going to start working on till I see if we’re still here on December 22nd” – wonder how that worked out for him. While none of these guys took it seriously, there were some who did. Some people lived in great fear or anxiety over this speculation that this was going to be the end of the world.  Reporters showed people from all across the world visiting Mayan temples (or if they couldn’t afford the airfare to Mexico, they found themselves at other ancient ruins, like a group of people in France who flocked to some mountainous site).  Others were anxiously trying to imagine ways to “save themselves” and built bunkers for themselves and their families that would protect them from this history-ending event, complete with stockpiles of supplies and food  (how a bunker would somehow protect you if the entire world is “ending” -don’t ask me).  It was obvious that some people heard this message and responded in fear to the news.

Which is why these predictions of the end of the world always annoy me.   They take a reality of something and twist it in such a way that simply brings about fear for some that ultimately leaves them feeling humiliated, embarrassed and thinking they can’t trust anyone. Often times these “predictions” are based on a mis-interpretations of people’s beliefs (for example, some speculate that the Mayans weren’t predicting the end of the world. They had simply made a “calendar” and this past Dec 21, 2012 would be like Dec 31 on our yearly calendar. They would start a new calendar on Dec 22, 2012 . . . it was simply an “end of an era,” not the end of a world)

What’s worse is when these predictions arise from people with ulterior and somewhat malicious motives.  Some leader will preach things in such a way, twisting scriptures and playing on people’s fears to gain followers (like a couple of ministers have done over the last decade or so). When these predictions pass by without being actualized, the rest of the world that didn’t get swayed by the doomsayers often laugh at it, mock it, ridicule it and dismiss it as foolishness.

But the thing is, while this mis-interpretation of the Mayans, or other doomsday predictions, have been proven false time and time again, we’d be foolish to laugh, to mock, to ridicule, to dismiss the reality that there will be an end time. There will be an end of the world. We just don’t know which will come first – the ending for us personally at death or collectively for human history.

But seriously, the reason these theories gain traction, fascination and attention  is that on some level, even the most dismissive and irreligious person knows this truth. The question is – What do we do with that reality, though? How do we deal with it?

Do we try to live in ignorance of this reality?  Hoping that if we just pretend it’s not going to 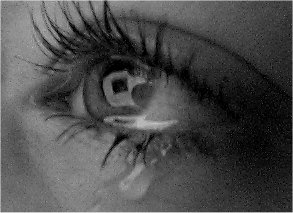 happen, it won’t?  Some people attempt to do that. But that fades pretty quickly in the face of examples of horrific evil in our midst.  Just hearing the words Newton, Connecticut, and remembering the people who’ve suffered unimaginable horrors shatters, whatever blissful ignorance people try to hide behind. We know all too well the reality that death does indeed exist with terrifying, demonstrative ways.  Even outside of such horrific examples, we can’t ignore at our own tables this Christmas that there will be someone who’s not at table with us that was at an earlier time. So trying to ignore this reality doesn’t seem to be a really effective option, despite how many of us try it.

Do we live in fear?

Buying into one far-fetched theory after another. . . anxiously moving through life expecting the worst to happen? It’s obvious that a lot of people do this, as well. Which is why, more than likely, a year or so from now, memories of Mayans will disappear as someone new will emerge with new evidence pointing to a new approaching end date.   And a group of people will invest a lot of time, energy, attention into whatever scenario that is. Just take a glance on television, right now there’s another reality show that highlights people consumed by this fear. I think it’s called “Doomsday Preppers,” or something like that (on second thought, don’t check that out).

We come together today and celebrate a third option. An option that doesn’t dismiss harsh realities, in fact, one that confronts them head on. An option that doesn’t stoke fear, but gives birth to Hope. The Gospel that we just heard doesn’t recount the beautiful nativity story of Mary, Joseph and the infant Jesus in a manger. But rather comes from the Gospel of John who proclaims the reason for Christmas with these hope-filled words:
The light shines in the darkness,
and the darkness has not overcome it.

Brokenness that wasn’t a part of His original plan.
Brokenness He promised to save us from by entering into a covenant with by offering us 10 commandments to living in relationship with Him, a way to live in “the light.”
Brokenness that he kept trying to save humanity from by sending prophets as messengers of hope and correction when human beings kept straying from those 10 commandments . . . 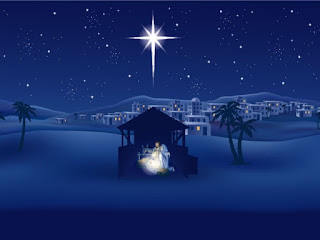 Brokenness that could only ultimately be healed by Him becoming one of us.
Entering into this mess, entering into the darkness of our world, the darkness of our lives in order to conquer it for all eternity.    But in order for us to experience the healing of this brokenness, personally, we can’t treat Christmas as the birth of some super man who is born fix everything. If we want to experience the healing, then we have to know, then we have to love Jesus, personally. That’s what the Gospel is getting at when John says

To those who did accept him
He gave power to become children of God.
Jesus Christ the Word became flesh [who] made his dwelling among us – God comes among us as one of us – but are we open to seeing Him in our midst?  Jesus comes as the fulfillment and answer to that brokenness that is still all too present in our midst – will we accept Him? Because it’s only in our seeing Him, accepting Him that the eyes of faith are able to move away from the darkness, as we behold  His glory, the glory as of the Father’s only Son, full of grace and truth.
Somewhat buried in the hype last week about an impending Mayan Apocalypse, one reporter interviewed people of Mayan descent.  They shared that a vast majority of modern day Mayans have become Roman Catholic and, as such, were completely dismissive of the spectacle that people were making of their “ancestors prediction.” One woman simply said, “Only God knows . . .”

Would that all who followed the hysteria – who were swept into fascination, consumed by fear of the dreaded December deadline, would take these words to heart: ‘Only God knows’
– only God knows the depth of our suffering, our aloneness, our, at times, ‘quiet desperation’
– only He hears our whispered midnight prayers, not just here in this holy place, on this Holy Night [day], but in the darkness of our own rooms, and of our own hearts.
Only He can know the pain we suffer – either by our own doing, or as a result of evil around us – and only He can save us from our own, personal imprisonment and lead us into the world of Light, the Light of His only begotten Son, a Light that (to borrow from an older translation), shines in the darkness, and the darkness grasps it not.

Only God can keep us out of the grasp of evil – the evil in our world, and the evil that, at times, we are tempted to do, in the secrecy of our own hearts.  Whether our world ends in a day, a week, or 80 years from tonight [today], may we always live with that Light within us, shining for all to see.  Let us walk out of this church tonight [today] and into the new year we have been given as if it literally were a ‘grace period,’ a bonus, a second-chance to enter into (or re-enter into) a loving relationship with God, and the Son He sent into our world.

Then , and only then, will we truly will have a Merry Christmas and a Blessed and Happy New Year