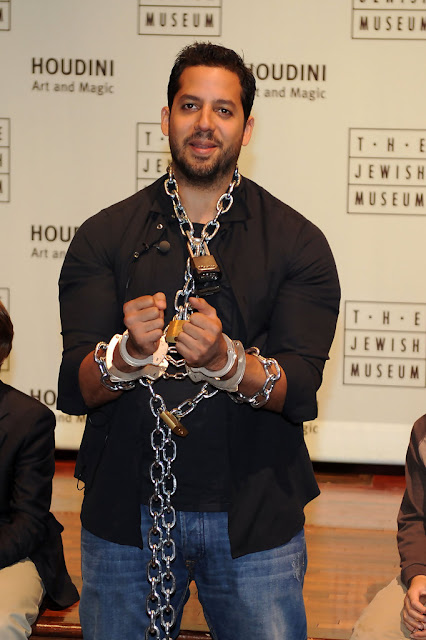 Hi everyone, here’s my homily for the 28th SUNDAY IN ORDINARY TIME – October 14, 2012.  The readings for the day can be found at http://usccb.org/bible/readings/101412.cfm.  As always, thanks for sharing the blog, for your feedback and your comments.  They are much appreciated!  Fr. Jim

Have you ever had the experience where you see something and want to find out how it’s done, but after you do, you’re kind of disappointed; because you “can’t not know what you know?” I know how atrocious that sentence sounds (and can’t not know that I know that) – but just think about it:

I remember seeing so-called “magicians” – more accurately they’re illusionists – who did all kinds of amazing feats and was always curious about how they did what they did. Whether it was a rabbit magically appearing out of a hat; a guy with a deck of cards who picks yours out of all of them, even after shuffling them, cutting the deck, he will still always be able to flip two cards over to reveal yours;  a magician being shackled and tightly secured and restrained by police officers but within a few moments “presto-wamo” being completely free .You witness those feats and see them and your mind is blown and you wonder how did they do that.

If you’re curiosity gets the better of you, thanks to 1000 channels on TV and google, you can find “Magicians secrets finally revealed” and quickly learn how the rabbit in the hat trick works; how you can do the same card trick that the illusionist do that amazed you; and how you can rest secured the next time you see some serial murderer being escorted to jail that he’s not going to be able to slip out of the handcuffs, as David Blane is able too. I’m not going to ruin those for you, because if you want to go to a Magic show and just experience the wonders of that without it being ruined by the “magicians” secrets being shared you’re not going to be able to, after I tell you. Once you see a special like that, or hear the explanations to those “feats”, you can’t not know what you know.

That idea or premise is true not just with revealing an illusionist’s “trick” but on more profound things about life.  Especially something true, something profound, something essential to life both here and now and for all eternity – something like coming to meet, coming to know Jesus Christ. Which is what’s just happened in this gospel. The “Rich Young Man” as he’s referred to, whose story is shared in the Gospels of Matthew, Mark and Luke.

For a long time now, being a guy without a lot of riches or possessions, and feeling reasonably confident that I’ve given up everything and followed Christ, I kind of had a self-righteousness when this Gospel came up, feeling like this wasn’t addressed to me. (The many reasons that I was so completely wrong, arrogant, and foolish about that could take way too long to explain here – suffice it to say I spent plenty of time talking to my Spiritual Director and in the confessional about that…) But, this story is not relegated to the “1%” as some would like to portray it… It’s for 100% of us and we have to break it up to get to the heart of that… Look at the sequence of events:

First off, the Rich Young Man – he’s already a good man…. He’s no doubt grappled with sin and temptation in his own life – because he knows the 10 commandments… He knows that being in relationship with God requires something on his part – to live in obedience with those commandments… And how perfectly or not he’s done that, well that’s between God and the Rich Young Man.  But his goodness is already clear in that he has reverence and respect for the commandments and no doubt has spent much of his life trying to observe them. He’s not there like the Pharisees asking Jesus about loopholes around the 10 commandments, throwing out extreme examples designed to polarize one person from another… The Rich Young Man already loves God, has loved His law and tried to live that law. Which he knows has brought him into a deeper relationship with God.  That knowledge is something that has brought joy, purpose, direction… He can’t not know what he knows…

And that knowledge, that relationship has opened him up to the Holy Spirit. God inspires this good man to become greater… to come into an even deeper relationship with God.  Because, as good as his relationship is already, as radically different as living according to that law and letting that law define both earthly and heavenly relationships can make life for people…He wants to grow deeper, grow closer to God. And the more he lives in that relationship, the more in love he grows with God, he has a greater desire for the Lord, and he becomes more passionate about it, for it. Which is what drives him to, as we heard, run (and kneel) before Jesus. Those aren’t the actions of a casual, curious observer…. That’s a passionate response. That’s the reaction of someone in a relationship with God who recognizes in Jesus Christ the depth he’s after.

And so he runs to Jesus, he kneels before Jesus and has this conversation with Jesus, which validates everything that he’s known…  Yes, Jesus affirms – doing all those things are essential for eternal life… But the young man presses… He desires the secret… He desires the fullness that has eluded him… His heart is telling him that this is all that ultimately, truly matters – being one with God both now and for all eternity – so he presses by saying “these I’ve observed from my youth.” Meaning Jesus, I know these things, and I know that there’s still something more.

It is there that Jesus offers him the secret. “Sell what you have, give to the poor… come, follow me.” And we hear “his face fell, he went away sad because he had many possessions.”  The young man had found the secret, he had learned the truth of what would bring him ultimate satisfaction, ultimate fulfillment – Jesus, and Him alone – yet the things he was holding onto, he wasn’t ready to give those up.  His sadness is that now, after such truth has been spoken to him, he can’t not know what he knows… He’s always going to realize that those things, those possessions which probably weren’t bad things in and of themselves – but had, somehow, become more important than they ever should’ve been – were holding him back from fully embracing God.

When we realize that all of us, especially as Americans, are “rich,” and have a variety of “possessions” – what the Gospel confronts us with is – which of those things have we become more passionate about, more desirous of than Jesus Christ?

Think of it, many of us have no problem blocking out hours of time, staying up into the wee hours of the night to watch the Yankees in the playoffs –  Families will run from practice to practice, sport to sport, music class to art class… College students will overload in classes – double, triple majoring in stuff; be a part of ten different organizations…  All of us find things that we become possessive of that do enrich us in a variety of ways… and then we look at Mass as something we need to just squeeze in (if at all) – we look at learning about our faith as something we don’t have time for.  Yet, something tugs on us, calling us to look at that. To realize the added stress, the added pursuit of all these other things (while not bad in themselves) hasn’t brought us the fulfillment, the Peace, the Love that the deepest part of our hearts and souls ultimately desire. We all know that… and we can’t not know what we know now.

What’s so frustrating about this passage is we don’t get to hear whatever happened to the Rich young man.  Did this truth about where he was and what he ultimately desired – like the magicians secrets being revealed – take away the illusion they had created for him?

But perhaps that’s the genius of the Gospels and the Word of God – the future of this young man, like the future of ourselves – is left undecided, as something that is proclaimed anew for each of us, each time we hear it.  As we bring ourselves, and are confronted by the reality that for each and everyone of us – from myself, who has given his life to Jesus Christ and His Church in the priesthood – to each of you in the seats here, who find themselves here today… We know that the Lord is pursuing us.  And our story is not yet over.  We know that He has loved us to the point of suffering death on the Cross to make eternal life a reality for each of us. We know that He has put on our hearts a desire to seek Him and to find Him here in the Word and in His Body and Blood in the Eucharist.  We know that if we continue to embrace that Word and that Sacramental presence it will change our lives… and that change is going to demand changes in our lives as well. Are we ready for that?  It’s all there in our minds, and in our hearts – the invitation is always there… Jesus is always waiting for us to embrace him and his call.  We all know that, and we know that, ultimately, what has to change, where the movement needs to come from, is from within. We know that. And… we can no longer not know what we know now.