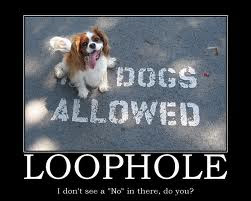 Hi everyone, here’s my homily for the 27th SUNDAY IN ORDINARY TIME – October 7, 2012.  The readings for today can be found at: http://usccb.org/bible/readings/100712.cfm .   As always, thanks for all your comments, feedback and all those who share through Facebook and twitter this blog.  I’m humbled to get so many visitors from all around the globe!  Fr. Jim

A friend who’s a police officer a few months ago posted on his facebook wall this story along with some of his own editorial comments that I don’t feel are appropriate to mention in a Church (or outside of a Church for that matter)that expressed his justifiable anger over the story. The article said that there was this guy who had been arrested for drunk driving three different times.   This last, third time he was arrested he happened to have his 5 year old son in the car, while he was driving a snow plow which he ended up crashing into some woman’s house.  On the two previous times he had been found passed out in his car in a school parking lot and the other time he was involved in a hit and run accident.

Well in Massachusetts were this took place, they have a three strikes and your out rule that says he loses his drivers license. But a judge ruled that even though the defendant refused to take a Breathalyzer test (which is one way they consider you admitting your guilt) and even confessed that he was drunk (as if the snow plow going through the house wasn’t evidence enough), because this didn’t take place on a public street, the judge agreed with his lawyer, that technically he couldn’t be convicted for drunk driving, so he got his drivers license back.

Now you know why my cop-friend ranted as much as he did! We hear a story like that and it’s infuriating isn’t it?  Rational, sane individuals can see that the man has proven that he is ill equipped to responsibly utilize the privilege of driving. Why would the courts legally give him another chance to prove that? Because they determined that this woman’s private property wasn’t a public street? That’s just insane…

These types of stories rightly shock and upset.   We know that the reason that lawmakers came up with the three strikes rule was in the interest of public safety and assumed that getting arrested for drunk driving one time is bad enough and should be a wake up call; your found guilty twice, you gotta be kidding – three times, well obviously you’re not only immature, your dangerous.  But sadly we know there’s lots of examples of courts and other corners of society that seem to be constantly looking for a loophole to escape responsibility for their selfish, self-centered behavior.  And so in this case, because the court looked at precise language rather than the relationship of this individual to the rest of society  – Because of a silly loophole, this thrice arrested drunk driver was allowed the privilege to drive again.

Today’s Gospel for a lot of reasons makes people uncomfortable. With statistics saying somewhere in the 40% range of marriages ending in divorce (it’s actually not as high as 50% as is often cited) when we hear the question posed in the Gospel  “is it lawful for a husband to divorce a wife?” with Jesus’ emphatic answer saying “what God has joined together, no human being must separate” seems to end the discussion.  Is Jesus saying then, that in cases where there’s domestic or verbal or mental abuse they have to simply “tough it out?” Is he really saying that the bond must remain intact when someone is an incurable addict, an unrepentant philanderer?

This is another example of where the context of the Gospel is so important. Because Jesus is really addressing the ridiculous “loopholes” people had created for themselves that made a mockery of the institution of Marriage. In Jesus’ time, the ability for a husband to divorce his wife had gotten so simple to the point that if he found an “indecency” he could sever their bond.  Indecency could be anything from a bad meal, a raised voice, or meeting someone who was deemed more attractive than his current wife.  And on the flip side, women, who were often treated like property of the husband, had a much more difficult time getting a divorce.

So in responding to the pharisees question, Jesus is speaking to all of the loopholes that the Pharisees had created for themselves that permitted (if not encouraged) selfish behavior on their part and completely undermined the institution of Marriage, destroying God’s intentions for Marriage. Jesus’ prohibition against divorce was intended to prohibit self-centeredness and to come back to the origin of what this beautiful institution was made for:  That when a husband and a wife lay down their lives for each other, serving each other, making their life’s goal for the rest of their earthly lives to help the other to get heaven – when people enter into that type of relationship, the thought of looking for an escape hatch, or a loophole doesn’t exist.

It’s true that there are times when divorce is a sad reality that takes place and can be for a number of understandable reasons.  What Jesus continues to challenge all of us, married or unmarried, is to see where are we being self-centered, self-focused and unloving. How are we not reflecting Jesus giving His life for us, the Church (where the image of Jesus being the bride groom and the Church is his bride comes from)

May you and I not be confused or misled by the loopholes, the faulty logic, the ridiculous technicalities that so often govern, so often excuse behavior we know is wrong in the world around us to mislead us in our relationship with Jesus Christ. He expects better of us. He knows we’re better than that.  Because He has come to bring us into ultimate union with God the Father. He has come to fulfill the Father’s plan for us and all creation – and has gifted us with the Holy Spirit to know, to discern; to follow that plan. The question is, will we remain attentive, steadfast and courageous to be led by Him or wonder is there some loophole we can use to get out of that challenge?