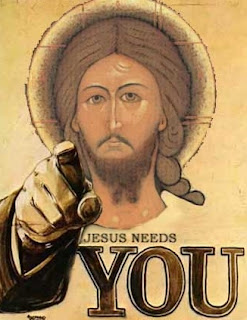 Hi everyone, here is my homily for JULY 15, 2012 the 15th Sunday in Ordinary Time.  The readings for today can be found at http://usccb.org/bible/readings/071512.cfm .  Thanks as always for reading and all your feedback!

Of all the things I read during preparation for the priesthood, there was one article that was one of the most effective things we were given that I’ve reflected on over the last 13 years over and over again.  It was written by a Jesuit priest named Fr. Michael Buckley, and he observes that Americans have a tendency, which actually makes good common sense, to suggest careers, livelihoods for people by looking at a person’s strengths and trying to match them up to something that they would be successful at.  So for example, Jane is an excellent public speaker, she has natural leadership abilities, she is effective in debates – Jane would make an excellent lawyer.  Or Michael is very athletic, always defends someone who is being attacked, enjoys helping his community – Mike might make a great cop.  Seems obvious enough – not really earth shattering observations.

It kind of threw me reading that.  And if I thought that confused me, the next line really hit me between the eyes – which is why this one article has stayed with me ever since – He said the question that should be asked instead Is this man weak enough to be a priest? Is this man deficient enough so that he cannot ward off significant suffering from his life, so that he lives with a certain amount of failure, so that he feels what it is to be an average man? Is there any history of confusion, of self-doubt, of interior anguish?  Has he had to deal with fear, come to terms with frustrations, or accept deflated expectations? These are critical questions and they probe for weakness.  His point is that when a priest is in touch with his weakness he realizes that the ministry is not his because of some merit on the priest’s part or that he is better than anyone else.  Being in touch with their weakness, the priest is forever aware that truly doing all of these ministerial things are way beyond him.  For some reason, known to God alone, Jesus Christ has called and chosen this man to be the means that God’s love will be shared and taught through these very humble, meek means.

This has always been a very personal meditation that like I said, I’ve gone back to many times over the last 13 years.  But in reading these readings today, I also thought how much they can apply to all of us as well, who by our very baptisms have been called as well – called to serve, called to be prophets and teachers, called to bring Jesus’ love, called to bear witness to Christ’s life in the world outside the doors of this Church.  Because so often we think – it can’t be me.  There’s someone else who’s job that is.  Someone else is holier than I am, or can argue better or is stronger in the faith than me..  Let someone else do it… Yet, God consistently calls very ordinary people to be the messengers and presence of his extraordinary Loving presence calling out to the world:

The first reading we heard about this guy by the name of Amos.  Amos has been called by God to be a prophet.  He’s been speaking words to the people pointing out (very similar to what we are experiencing today)  that the authority of God and His Word weren’t being appreciated.  In fact, the temple priest who he’s speaking with in that first reading today is more focused on the ruler of the earthly kingdom than God.  So the temple priest basically doesn’t want to hear Amos pointing out the error of his ways and tells him – GO AWAY!!!  (Just like today, some people don’t like to hear the truth!)  And Amos very simply says – Look buddy, don’t shoot the messenger (well he didn’t say it like that) – but he says – Look I was a shepherd, I was doing my earthly jobs and stuff – God told me to tell you – you’re not doing what you’re suppose to be doing.  How incredible that this simple shepherd goes to “the religious authority” and calls him out.  God is using this humble man to preach words of humility to try to re-awaken in the people that the more they rely on themselves and focus on themselves and LOVE themselves, the more doomed to failure they are.

In the Gospel, it’s a little less obvious if we’re not familiar with the disciples and their lives.  But if you study they, you learn how these are very ordinary men – fishermen by trade, some were extremely young, some weren’t the sharpest tools in the shed.  Jesus says to them: go and preach, and heal and drive out demons, and cure, and anoint – Lead the people who are struggling in a world of darkness and let them know – there’s a light calling out to them.   The thought that the call to salvation, the call to eternal life, the call to an abundant life now was done through these very weak, deficient vessels is awesome when we think about it.

For us as Catholics, we have a tendency to be very good and faithful people, but somewhat passive in sharing that faith.  And I include myself in that too.  I know there’s opportunities I have on a daily basis to be a witness and presence of God to someone else that because of my stupidity or sinfulness I miss.  Or, there are times I back down thinking – I really can’t confront that issue.  They’re talking about gay marriage? – I don’t want to get into that…  Let someone else do it.  I got a call from a friend the other day who wanted to share a story of clergy abuse they had just read – I still haven’t called them back.  What will I say?

And the point is it shouldn’t be about what I will say or what I want to talk about.  It’s about realizing that as an ordinary person, I’m called to bear witness to the truth – the best that I can.  When Jesus sent the disciples he tells them – I’M SENDING YOU – DON’T BRING ANYTHING WITH YOU – (in other words, don’t try to plan the whole thing out) PREACH MY WORD (don’t try to convince people or fight them, just share my word which you have embraced with others) AND IF THEY WELCOME YOU, GREAT – IF NOT, LEAVE THERE AND GO ON.

Amos and the disciples are meant to inspire us that we are meant to be prophets and missionaries to a world that is more obsessed with the death of Tom Cruise and Kate Hudson’s marriage than the cultural wars that kill people physically, spiritually and emotionally every day.  God’s challenging us today – asking us to look at all of the thoughts and doubts we have in our minds and hearts about our abilities to witness to His Love, His Presence, His Action in the world.  Recognize how often we use those things as excuses not to bear witness to God’s truth and the beauty of our Catholic-Christian faith.  If instead we embrace those weaknesses, and trust that God has called each of us to speak His word and to share His love we will find it was never about us – it is all about Him.