Latest News
Home /Blog/GIVE ME MY KIDNEY BACK 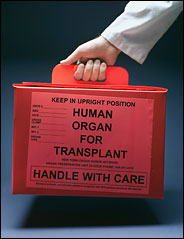 Hi everyone, here’s my homily for the FOURTH SUNDAY OF EASTER – April 29, 2012 – The readings can be found at http://usccb.org/bible/readings/042912.cfm .  As always thanks for reading and all your feedback –  Fr. Jim

Well here’s a “sad but true” story if there ever was one:

On Monday there was a front-page “exclusive” on the NY Post that reported how a woman by the name of Debbie Stevens had donated her kidney to save the life of her boss, Jackie Brucia who, allegedly (don’t want to get into this mess and get sued) after Jackie got what she wanted, turned around and fired Debbie.   It seems the two women knew each other when they had worked together a few years ago until Debbie had left the company for a new job. Back in the fall of 2010, Debbie had stopped in for a visit with Jackie and as they were talking, Jackie shared that she was having health problems and that it looked likely that she would need to have a kidney transplant.  Supposedly Jackie had a family member who was a match but Debbie in the conversation just said “if you ever needed it, I’d donate mine.” A couple of weeks later, Debbie contacted Jackie and asked if there were any job openings.  She was hired back by Jackie and within a few weeks in January 2011 Jackie called Debbie into her office and asked “were you serious about your offering your kidney? – Because it turns out my potential donor isn’t a good match.”

Debbie agreed to donate her kidney, and they finally had the surgery this past August. According to the complaint Debbie made with the state’s Human Rights commission, soon after the surgery, Jackie turned on her. She berated Debbie for additional sick time (which Debbie said was a result of the surgery), called her work into question, transferred her to another job site 50 miles from her home. When Debbie had a lawyer send a letter to the company citing her mental anguish, she was fired.

That’s ugly enough, but the drama got worse as the week went on after the first article appeared. The boss responded after the firestorm erupted saying “I will always be grateful that she gave me a kidney, I have nothing bad to say about her. I will always be grateful to her — she did a wonderful thing for me.” But with all the coverage, Debbie responded that not only has she filed a complaint and a lawsuit, she’s also suing for her kidney back wailing“You hate me so much, and I’m so despicable, give me my kidney back.”  As the public read and followed the story, the ugliness spread with people writing letters to the editor saying “no good deed goes unpunished”; expressing hopes that the employee gets her kidney back and some other pretty nasty stuff about the boss.

That story kept coming to mind as the complete opposite of what we hear in today’s Gospel. In today’s Gospel we have this beautiful image which is one of the most beloved among Christians where Jesus refers to himself as “the Good Shepherd.” For most of us, just hearing that phrase “the Good Shepherd” seems to conjure up pictures of a stained glass window or a holy card with Jesus in long robes and sheep walking around him. Yet just listening to the Gospel, we get quite a different picture.  Jesus distinguishes between the hired man who is simply doing a job, doing the bare minimum, and as soon as he sees a threat he hightails it out of there. He has no investment in the life, the welfare of those left in his charge. That’s in complete contrast to Jesus’ image of what a “good shepherd” is, what He himself is – a good shepherd lays down his life for the sheep.

In the passion and death of Jesus that we recounted leading into this season of Easter celebrating Jesus’ resurrection, we focus a lot on the unjust, brutal way Jesus was treated.  But today’s Gospel reminds us of another aspect to that gift that we cannot ignore.  That Jesus suffered such, freely, lovingly, sacrificially, for you, for me, for all of humanity.   He chooses to be a Good Shepherd, not a hired hand… In spite of our sinfulness, our selfishness and self-centeredness. In fact, because of those things, the Good Shepherd lays down his life for us even when we decide not to listen to the shepherd, even when we allow ourselves to be lured away from his loving voice which has guided, protected and never led us astray before… yet, for whatever reason, we get self-focused or self-involved – thinking- KNOWING better and making ourselves vulnerable.

Yet, so lovable are we to the shepherd, he will do anything, everything to protect us, to save us – even laying down his life.  All with the belief that when the sheep realize, see, learn, experience and come to know what a gift they have in their Shepherd, they will be transformed and never part from His flock, His company or from following His voice.

That’s one of the saddest aspects of the “kidney wars” story. For a brief moment, they experienced the incredible depths of what “sacrificial love” is.   Yet, for whatever reasons, rather than experience how it could continue to change their lives and countless others, both have become hardened, angered, and turned on each other.  The boss becomes typified as a villain and even the donors motives become questioned as she has become so angry and lost sight of why she had offered this precious gift in the first place.  Was it to get the job? Get publicity, or attention?  Or was it done simply out of love and concern for someone she knew needed help?

For you and I, Jesus is clear what it means to be his followers.  We’re not to be hired hands who do things to be compensated… We’re not to be concerned solely with our own welfare.  Our Good Shepherd laid down His life for us so that we may come to know, experience and share that love ourselves – and will continue to lay down His life for us until we fully appreciate and are transformed from acting like sheep into the Good shepherd ourselves.