Latest News
Home /Blog/THE HARDEST THING ABOUT BEING A PRIEST 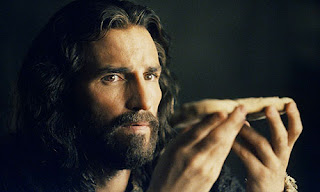 Here is my homily for HOLY THURSDAY’S MASS OF THE LORD’S SUPPER – April 5, 2012.  The readings for tonight’s Mass can be found at: http://usccb.org/bible/readings/040512-evening-mass.cfm.

Thanks as always for reading and your feedback.  On this feast of the Institution of the Priesthood, I’m overwhelmed with gratitude to Almighty God for the gift of sharing in this Priesthood of His Son Jesus Christ – and beg for His forgiveness for the times I’ve failed in thought, word or deed to be the servant He has called me to be.

I’m trying to even guess how often I’ve been asked the question “What’s the hardest thing about being a priest?”  It’s a question that’s come up more times in the last few years than in my earliest years of priesthood – perhaps because of the negativity we’ve seen as a result of the sex abuse scandals (and, arguably, the somewhat unbalanced media coverage of it) or maybe it’s working with college students who have an honesty, directness and curiosity that comes from their age that they feel more comfortable asking such a question… in any event, it’s a conversation I’ve had more often as of late.  And most times people seem surprised by my answer.

There surprise probably comes because most people assume they know what my answer is going to be.  It’s like Family Feud – SURVEY SAYS: “celibacy”–  right?  Sure, celibacy can be a difficulty, but in some ways to me it seems similar to the challenge that a husband and wife face in remaining faithful to one another – so that’s not the most difficult thing of being a priest.  Nor is it the other promises or vows that we make at our ordination – to be obedient to our local bishop.  Do I like being obedient all the time?  Well that Italian-American within me wants to rebel, do my own thing (which has to be the better, more logical thing of course…).  So obedience can be a challenge too, but to be honest, I find it somewhat freeing.  For a person like myself who can have difficulty deciding what to have for dinner, having the Bishop says “you’re going here” makes life simple (OK I’m overly minimizing this, to be sure… and absolutely this can be a burden as well, particularly when you’re being stretched by being asked to move out of a place you love/work you love doing to something unknown… but in a lot of ways, obedience has been more of a blessing in my life than something difficult in priesthood).  So is it the last promise, to live“simply,” to not have a huge salary, home of our own that is the biggest difficulty?  Well again, I feel very blessed with what I’ve had as a priest, particularly when so many struggle to make ends meet and others struggle with trying to “keep up with the Jones’s.”   So again, I cannot say that has been a burden by any stretch of my wildest imaginations when I was ordained 13 years ago.

No, the answer I give almost all the time, the hardest thing to being a priest is fulfilling what Jesus commands the priest to do in tonight’s Gospel.  To wash feet.  Not in the once-a-year tradition of Holy Thursday Mass where the priest actually imitates Christ’s physical example…  Rather, the day in, day out experiences of meeting those the Lord has sent his priests to meet, to minister…  To know that these feet have walked such a wide-variety of paths, such a multitude of different terrains, you’re overwhelmed to see and hear where they have traveled:

The family comes in experiencing the death of a loved one that has left them devastated and confused.  That parishioner has received the diagnosis of a disease that has them filled with fear and anxiety.  That young man and young woman, so young, so excited, so in love they come to give their lives in loving service to one another in marriage.  The person has been filled with shame, filled with guilt, feels all hope is gone that God could ever love them again as they pour their hearts out in the confessional.  That young man and woman who have given their lives to one another in loving service to one another discover they are pregnant.  That college student comes to talk because he can’t believe for a second that he could be called to be a priest himself but can’t shake the thoughts of it for some odd reason…  That class of high schoolers are preparing to receive Confirmation and they come for an interview to talk about what their Catholic Christian faith means to them.  That person who has never been raised in any faith starts to come to realize that the truth of that faith is in the Catholic Church.  That couple who discovered they are pregnant learn they aren’t expecting one child, but three.  That individual, who is nursing or harboring some other hurt they can’t, won’t or don’t even realize exists that they don’t acknowledge and so they blow up in a mad tirade because the heat in the Church is too hot or the Air Conditioning is too cold.  That young man who enlists in the military and is preparing to be deployed in some of the harshest, scariest warzones yet the priest is more worried than the idealistic, courageous (and somewhat naivete) young man is.  That couple with the triplets is told by the doctors that one of the babied might have something wrong with them.   That young woman thought she was called to a religious order and then starts to have second thoughts.

Jesus commands his priests to wash all of those feet… The dusty, dirty, tired feet of his disciples traveling the journey’s life has taken them.  And as a priest, I can tell you that it is humbling…so humbling… overwhelming at times… to do so.  More often than not, we fear we’re not doing it well enough.  We doubts our worthiness.  Our effectiveness.  We know there will never be a shortage of feet and that everyone will have walked a very different path than everyone else leading them here.  But there’s a reason he needs his priests to do this:   quite simply this will be the key to understanding the whole Passion, Death and Resurrection of Christ.
Before Jesus suffers the denials, the betrayals, the painful abuse, the humiliations, the torturous horrifying death on the cross; he meets us in the upper room and reveals to us that he isn’t thinking about any of that which awaits him.  What is he thinking about?

Us…
Every one of us.
He thinks of us.
He remembers why He is doing all of this.
He knows that He is doing all of this in order to take away our sins.  And He wants people not to “remember” these events in a history lesson sort of way.  But rather he wants his disciples of every day and age to experience His love, the salvation, the redemption He wins for us in our own days and ages, in our own personal lives…  And the way we begin to experience that – rather than simply remembering it – comes in being noticed, being cared for, being ministered to,  – having our feet washed.

That’s why Jesus commands His Priests to do this for His disciples.  And hopefully with the Ministerial Priesthood of Jesus Christ doing this, all of us as members of the “priesthood of all believers” as brothers and sisters in Christ realize we are commanded to do this as well.  Sometimes people can lose sight of that in the daily grind and not even realize how they can fulfill that in their daily lives and routines, the daily chores, as well as in the extraordinary things that come up:

Like when a husband randomly goes and fills up that tank of gas for his wife – recognizing how chaotic her daily life is taking care of the kids – When a wife recognizes, sees, knows that her husband is worried about his job security (even though he never says it) and in her own quiet way supports him  – when that college student recognizes “wow, Mom and Dad really do a lot for me and I don’t think I’ve ever really expressed how much I appreciate it” and write them a note or card… when someone recognizes how that a coworker looks stressed, looks worried, looks sad and they take time to reach out and ask sincerely “are you okay, do you want to talk about it?” when that individual passes that homeless shelter each day and finally decides I need to do more than just drive past there –

It can be overwhelming at times… People can wonder does anyone appreciate what we do, and it’s easy in the day to day routine to forget why it is we’re doing what we do; and that stubborn ego that wants to be fed and those selfish, self-centeredness temptations can re-emerge despite our best efforts.  That’s true for all of us, ministerial priests or each of us who are members of the priesthood of all believers as brothers and sisters in Christ.

Yet, Holy Thursday forces us to focus our gaze outward… to recognize who it is who’s calling us to attend to the needs of one another; and to realize why we’re doing it.  When we are able to do that, then those feelings of being overwhelmed, those temptations to give into self-centeredness,  start to disappear as we get lost in that depth of love that Christ invites us to participate in–
to try and live,
to try to love
by laying down our lives for others in the same way the Master has done for us.

But we can only do this by the power of God’s grace which is why Jesus’ institution of the priesthood is so tied with the other Sacrament we celebrate tonight instituted on Holy Thursday: Jesus greatest gift of the Eucharist in which He poured and continues to pour Himself out for us.  It’s the gift of the Eucharist that enables and empowers us to share in the life and ministry of Jesus as servants of the Servant.  It is in receiving His Body and Blood, Soul and Divinity in the Eucharist and becoming what we receive that enables us, moves us from deep within our own hearts and souls to fulfill the command and to stoop down, take a bowl, and continue to do what the Master demonstrated for us.