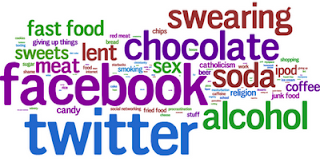 Hi everyone!  Here’s my homily for the SECOND SUNDAY OF LENT – The readings for today’s Mass can be found at http://usccb.org/bible/readings/030412.cfm – As always, thanks for reading, sharing, and all your feedback.  It’s much appreciated.

— Next week, I’ll be on pilgrimage to Vatican City and Rome Italy… check back here for pics and updates from the trip!

Sometimes people will ask what is it we priests do – outside of Sunday Mass.  In some cases you can understand where that might come from.  Most people only see their priests on Sunday at Mass, so they might think that’s it and that we wait around till next week to do it again.  When I’m asked the question though, sometimes I’ll semi-jokingly respond that I see myself as one of Jesus’ customer service representatives.  There’s a serious side to that answer – like the prayer requests, the people we minister too, the situations where we are to be His representative in the world.  But the more light hearted part is that sometimes we get to hear all the complaints.  Honestly.  And this season of Lent is often the busiest for the complaint line.  Here we are, the Second Sunday of Lent, and a lot of people want to share their stories about Lent that sound more like complaints:

– A mere 3 days into the season of Lent, one individual didn’t email or message me, no this was so imperative and needed immediate attention that I got a text message that said simply:  I gave up eating at restaurants, fast food places, etc.  It’s been three days and it’s miserable.  I responded “Happy Lent” to which I got in response, only to underscore how desperate the situation was: “I’m watching my friend eat taco bell… Miserable.”

– The other night a guy who works on a Catholic Radio show was trying to share how he had given up complaining for Lent which was great because you could hear he wanted to complain about it as he was talking about it.  Especially as the host of the show followed up asking him “Why don’t you tell us about your recent flight home from Rome?”  The flight included an unexpected change in flights/lengthy lay over in Amsterdam for 12 hours.  Not to be pessimistic, but I don’t see him making it till Easter.

– Last Sunday I got at least 3 emails asking “is it true that it’s Sunday so I can break my lenten fast.”  It’s always remarkable to me how Lent makes people liturgical experts pointing to the fact that Sundays are meant to always be a celebration of the Resurrection of the Lord and part of that celebration of the “Sabbath” is to feast.  But considering how people “honor” the Sabbath on a regular basis, I usually suggest that keeping to the fast might be an important thing to do.

– One friend was frustrated that someone had inivted people on twitter to respond to his post on his facebook wall wrote back on twitter: “What’s the question – I gave up Facebook for Lent (hence the reason I’m laying in the fetal position).”

So as one of Jesus’ customer service representatives, I consulted Him (that would be through Prayer) and today’s readings really seemed to shed light on it.  The Church encourages us to make these small sacrifices in our daily life to get us out of ourselves and to start thinking about, imagining a  life that we live for God alone.  And when we think of it – how ridiculous are we?  I mean just asking the question – is Taco Bell more important than God?  Facebook?  Of course they’re not.  But until we actually give those things up we don’t realize that, do we?  And how good is God?  Through the Church, He encourages us to choose whatever it is we want to give up…  Even giving us the option not to give up anything at all, but rather take something on – prayer, almsgiving, etc.    But the idea of all of these small moves is that it’s to help train us a bit.  Train for what?  To grow more and more comfortable with holding nothing back from God.  To grow in our love of Him – recognizing His infinite, unmatchable love for us, so that we will become people who realize that nothing else in the whole world matters but God alone.

That’s what’s at the heart of that first reading.  The story of Abraham and his son is one of the most difficult to hear, isn’t it?  What kind of God would ask a Father to sacrifice his only son?  Especially if you read the whole story and realize that Abraham was 100 and his wife Sarah, well it’s impolite to ask a lady her age, but she was up there too … it was in this elderly stage of their lives before they are able to have this child.  Throughout their married life they had longed for that day to have a child of their own.  But that longing was always second to their love and service and sacrifice to God alone.  He observed the law of God, sacrificed his own desires for God’s and at the unthinkable age of 100, Abraham and Sarah have Isaac.   The joy of these parents who knew that all those around them would never have imagined new parents at their age – were it not for God working in their lives  – must have been hard to match.

Yet in the short excerpt we heard today, Abraham is told “take your son Isaac, the one whom you love… and offer him up.”   How was Abraham able to do this?   Because Abraham knew where Isaac had come from.  He knew that nothing else in the whole world matters but God alone and trusted that.  And as much as that love for his son Isaac must have been tearing him apart as he prepared to offer him up to God, Abraham acted with that single-minded and single-hearted trust in God supplying all and more than he would ever need. Abraham has grown from being a man who earlier in Genesis gives up what was rightfully his “spoils of war” for the Lord to now being able to give up that which is nearest and dearest to Him, and because Abraham holds nothing back from God, God holds nothing back from him…saving his son, making him the Father of countless descendants – as all the children of God in the Jewish, Christian and Muslim faiths look at Abraham as our Father in Faith.

Yet we as Catholic Christians don’t stop there.  The even more amazing news is in the Gospel where Jesus takes three of his closest confidants with him into prayer.  And what happens, Jesus is transformed, transfigured in their midst.  Moses, and Elijah, representing the fullness of the Hebrew Scriptures appear and the voice of God speaks.  And what does He say?  One short sentence: “This is my beloved Son. Listen to Him.”

Here’s where the sacrifice comes back in.  What is God telling us to do?  To sacrifice my ego, my arrogance, my desire to do what I want, my sense of entitlement and to listen to Him, to follow Him, to live for Him alone.  And thinking about Abraham and how that must’ve been so hard to offer up Isaac, how blown away should we be to realize what God Himself does? He sacrifices for us His beloved, only, son…

The minor disruptions our lenten sacrifices cause are meant to trigger within us a connection to this awesome gift.  God invites us not to be gloomy, or discouraged through this season of Lent, but to recognize that as we strip ourselves of minor things, we realize how none of these things matter – how nothing matters – but Him alone.  That we will find joy if we hold nothing back from God – who has held nothing back from me and from you.