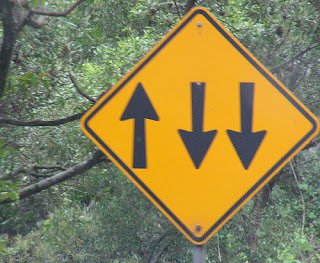 Hi everyone, here’s my homily for the SECOND SUNDAY IN ORDINARY TIME – JANUARY 15, 2012.  The readings for today’s Mass can be found at: http://usccb.org/bible/readings/011512.cfm

As always, thanks for stopping by and reading – your feedback and comments – for sharing the blog with others…. I’m grateful for all your support!  Fr. Jim

There was a commercial on the other night for a show called “The Biggest Loser.”  I’ve never seen the show, but just from the commercials you can figure out what it’s about – a reality show where a group of people chronicle their attempts to lose weight.  But more than that, change their lives, themselves… Viewing the transformation of who “they are” to who “they will be.”

Television presents these various shows in neat-compact hour long 22 episode season.  For most of us, we know that journey is far less scripted, or completed in one season.  Whether it’s weight loss or other aspects of our lives.  For example, the other day I was complaining to my spiritual director about the “state of my soul.”  Here it was just a few days before the end of winter break… all of our students will be returning tonight and tomorrow.  I had a few weeks – not with nothing to do as some of my friends kid me (well hopefully they’re kidding) – but some time where the pace isn’t as demanding, where the schedule is not as hectic as it is in session.  It seemed an opportune time for me to accomplish some things that I always want, desire to do but in the every day, crazy pace of the “regular schedule” seems impossible:

-Like sitting down and reading – I have a stack of books that I’ve wanted to read for sometime…  I pulled three or four of them off my book shelf and had them on a coffee table at the beginning of break.  They got moved around a lot during these few weeks, but remained unopened and went back on the shelf till May when I’ll try again…

-Like sending Christmas cards (I actually bought the things and intended to write something meaningful to friends and family I haven’t seen in awhile – even if they weren’t done in time for Christmas, I figured I would use the “Liturgical Season” and do them by the Epiphany… here they are, still in their sealed box)…

-and – Like growing spiritually – There were a few things that I wanted to start doing that I feel the Lord has put on my heart for some time.  Things I wanted to start to work on – that again, these few weeks with some more flexible time would have been an opportune time to really delve into.  And sadly, like the books that remained unopened; and cards that went unsent – this wasn’t accomplished either.

There’s a whole list of reasons / excuses I can give.  Some legitimate, some, not so much so…  And I know I’m not being overly critical of myself when I just said to my spiritual director, completely exasperated – that it’s the same thing over and over – I feel stuck in that space between the guy that I am and the guy I want to be….

Frankly it stinks.  And I know I’m not the first person to feel or experience that– whether it’s the person who made that new year’s resolution and by January 16th has already thrown in the towel on it and given up in frustration.   Or the guy who leaves the confessional after avoiding it for so long and feels the power of Jesus’ love and forgiveness and the grace of that moment and sincerely believes that they will “go and sin no more” only to find those temptations re-emerging and giving into them once again.  How often do we find ourselves living in that space between “who we are” and “who we want to be?”  It can be discouraging.

As I was reflecting (or bemoaning) on my less than productive Christmas break – this reality jumped out in today’s Gospel.  As Jesus is starting to call His first apostles, the guys who will be His “right hand” men, as He looks at the one who is to be “the Rock” of the Church; the one who will be our very first Pope – Jesus says – “You are Simon the son of John – you will be called Cephas (…Peter)” How interesting to think that Peter would find himself in the same spot as all of us – living in that space between who you are and who you will be.

Because so often we who look to Peter as “St. Peter” as that first Pope can in our minds fast forward from this scene and in a sense imagine this encounter changed everything for Simon Peter.  That as Jesus Christ, the Lamb of God utters those words; that as Simon experiences this intimate, encounter where his very name has been changed, which in scriptures identifies that God has called this person to something of newer, greater, divinely charged significance  to Peter – the grace, the sheer awesomeness of this would be something like that cartoon “transformers” that Simon would leave behind the “you are” of Simon and simply by Jesus’ word of “you will be” morph into this super Apostle Peter who would defend Jesus, follow Him perfectly.   That Peter would be everything you’d expect from a right-hand man… from someone you count on to be that rock that you would build the Church on.

Yet that was far from the reality of things.  Throughout the Gospels Peter is often emotional.  We find instances where he speaks without thinking first.  Incidents where his commitment, his dedication, his loyalty, his fidelity would waver – most spectacularly during Jesus’ Passion where Peter very much resorted back to Simon as he claimed I don’t know him…

Even in the Acts of the Apostles – after Peter has seen, touched, experienced Jesus being Resurrected from the dead; after He witnessed that glorious Ascension of Jesus into heaven; after he received the power of the Holy Spirit coming upon him and the others in the Upper Room at that first Pentecost – his fears would at times re emerge.  His doubts and anxieties would take over and he would find that – despite all that had happened – he too was still living in that space between “you are” and “you will be.”

But the great hope for us who can relate to living in this space as well is realizing that for Simon Peter, even with his failures – the vision never disappeared.  That voice calling him to become a man greater than who he was never ceased calling him to that… That voice would offer words of encouragement.  That voice would speak words of forgiveness.  That voice would remind him over and over that when he is “beholding the Lamb of God” THEN he can become Peter (and on the opposite is true as well, when he forgets that, he would be Simon) Jesus who knows our humanity meets Simon Peter in this “space in between” – even utilizing his weaknesses so that Simon won’t forget that the desire he has to become “Peter” can only take place when he allows Jesus to set the vision.

The same is true for us who find ourselves struggling between who we are and who we are called to be.  For each of us, it can be so easy to give into the temptation to despair, to give up on ourselves, to tune out that voice of Christ believing that as frustrated as we are that we struggle, that we make mistakes, that we are stuck in this place between the men and women we are and who we want to be, who we’re called to be – that Christ must be as frustrated as well.

Yet the good news is that he meets us in this space. If we can hear the words of John the Baptist and “behold the Lamb of God” – behold Christ, we will find he’s not looking at us with disappointment that we’ve made our mistakes, that we haven’t fully taken advantage of the gifts we’ve been endowed with… He reminds us that the desire to utilize them, the vision of the men and women who we “will be” comes from Him as well.   May we learn as Simon Peter did that it is in our humble submission to Jesus Christ that he can take us out of our own ‘in-between’ places, and transform us from who we are to who we will become.