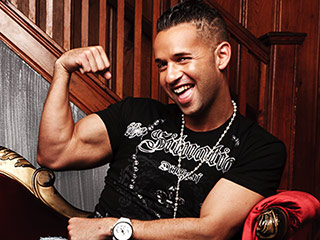 Hi everyone, here’s my homily for the 25th SUNDAY IN ORDINARY TIME – September 18, 2011.  The readings for today can be found at http://usccb.org/bible/readings/091811.cfm .  Thanks as always for reading and your feedback and comments.  God Bless  – Fr. Jim

You have to feel bad for “The Situation.”  If you’re unaware, that’s a person.  Mike “the situation” whatever his last name… a cast member of the horrific “Jersey Shore.”  He and his cast mates over the summer were in a sense targeted  by the clothing chain Abercrombie and Fitch who offered them money to stop wearing their clothes in public because, they claimed, that the people from Jersey Shore are bad examples and they didn’t want to associate their brand with the antics of these individuals or this show.   Who can blame them?   Being Italian and from Jersey, I cringe at any association with them (even though, truth be told, I still haven’t watched an episode – this is all coming from watching the opening credits and getting disgusted once and reading about their antics).

Anyway, call me conspiracy minded, but something didn’t seem right about the whole story.  First off, as much as I think the show is trash, it is one of the most popular television programs for people aged 18-29 year olds – the exact group of people that Abercrombie and Fitch try to market to buying their clothes.  And in case anyone forgot, Abercrombie and Fitch just a few years ago had their own controversy when they were published a clothes catalog that had young men and women barely wearing any clothes.  So it’s not like they’ve seemed to be overly concerned about taking the high moral ground in terms of decency in recent years. 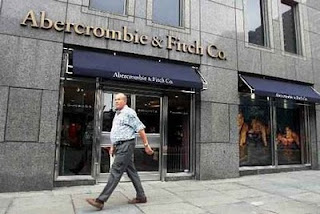 Well sure enough, the NY Times did an article pointing out that this was a clever marketing technique to gain the public’s attention.  In an era where product placement in movies and TV has become a common an effective way of advertising products – clothes, sodas, whatever – the idea that Abercrombie and Fitch did – offering to pay someone to stop wearing the product was a completely different approach.   Now people, especially potential customers and fans of the show were asking “would the Situation take the deal?”   They would watch episodes (most of which were filmed months ago) looking to see if he wore that label or not.  There would be back and forth between company executives and the cast member in interviews on the topic.  Coincidently, all of which took place in August – a slow news month, what just so happens to be the time when people are heading to the shopping centers and malls for“Back to School” sales.

It’s safe to say that Abercrombie and Fitch simply wanted to get people’s attention.  Which they did in a very clever way.

It seems harder and harder to grab people’s attention.  Which is why today’s Gospel is so interesting.  2,000 years later, Jesus’ story, this parable he offers every time it’s proclaimed stirs people up and gets them talking.  Which is one of the main purposes of a parable.  To present something in a dramatic way that it captures your imagination to get to the deeper message.

So think about what we just heard – this landowner, he goes out hires people at the start of the day, then at 9:00, noon, three o’clock, and then at five o’clock and pays them all the same salary at quitting time, which is 6:00.  So just imagine that – imagine you got a job the last week of the summer.  You couldn’t or wouldn’t or weren’t able to find anything since May.  But that last week of August you did and you got paid the same amount as your friends who’ve worked since May.     If that happened to you, if say for example, Abercrombie and Fitch or Hollister did that, that would definitely get a lot of people’s attention.  And most likely many would be arguing about how fair this was or not.

In the example of the Gospel story, Jesus makes a valid point (shocking I know, that I’m going to agree with Jesus) – it’s the landowners money, it’s his right to do as he sees fit…. He’s not being unfair to one group over the other.  But we can’t shake it that it still feels like its unfair though, doesn’t it?  If you’re the one working since 6 am, and you see these people walking in at 5 pm and you both walk out at 6 pm with the same wage, wouldn’t you be slightly ticked off?

The parable is doing what it’s designed to do – get our attention in a very dramatic way.  And what does Jesus want us to pay attention to?  A couple of things.  The first thing is that God is incredibly generous.  That His Love for us isn’t determined by the length of time we’re in His vineyard.  He simply offers that invitation to us to come.  And once we’re there, he treats us as if we had been there all along.

The second point is often missed as we argue over how employee relations would go-over in this story – but to me seems even more important, or beautiful.  And that is that God never stops looking for us.  He is constantly coming after us.  Longing for us to come and be a part of his vineyard.  In the parable it is the landowner who isn’t satisfied with going out once at the break of day… No, he keeps looking for late comers.  Going out to find people throughout the day who are finally ready to seek Him out.  What we learn is that the most important thing isn’t when we find him it’s  that we eventually do.

Because in the parable, the people at the start of the day were seeking one thing – a job.  They wanted to work.  They wanted security.  They wanted to know they would be able to survive, provide for their loved ones.   And they are blessed to find that was readily available.  What was it that had prevented those who would come along later?  Who knows:
maybe they were lazy;
maybe they looked for a job in the wrong place;

Maybe they believed lies about themselves and felt “no one would hire me” or “they’re going to hire someone else instead of me.”

Whatever it was – something prevented them from showing up earlier.   For them, the joy they must’ve experienced to realize that no, they weren’t too late… to see that the generous landowner was still hiring, was still interested in them, that he truly wanted them…

What makes this even more beautiful is when we realize this is more than just a story about employment.  Those of us who were blessed to be born and raised Catholic-Christians, we can’t forget how blessed it is that we’ve known the truth of those words from the first reading to– seek the Lord while he may be found, call him while he is near.    Jesus wants us to see how we are renewed in those blessings when we find a newcomers has found their way here.   We are to rejoice when those who’ve wandered away come back.  And we should want to tell others, the landowner, the Loving Father hasn’t given up on those still lost, still afraid, still telling themselves lies like “God doesn’t want me” or “I can’t go there, I’m not holy enough” or the other opposite extreme “I don’t want to go there – they’re a bunch of hypocrites.”   Because the truth of the matter is all of us are blessed to be here, not because of anything we’ve done, but because God has sought us first.

Jesus had a way of getting peoples attention long before Abercrombie and Fitch and The Situation.  Now that he has it, are we willing to share it with those in desperate need of it themselves?