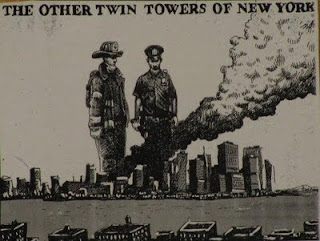 Hi everyone, here’s my homily for Sunday September 11, 2011 – the 24th Sunday in Ordinary Time and the 10th Anniversary of the Terrorist Attacks on the United States.  The readings for today can be found at http://www.usccb.org/bible/readings/091111.cfm .  As always thanks for reading and your feedback and comments.  God Bless, Fr. Jim

I KNOW – But…
I know what you’re saying is true – but I don’t, I can’t, I won’t do it…
Ever found yourself saying or thinking that?  The “I know, but’s”
I know I need to get 8 hours of sleep… But I got to get this project done.

I know I shouldn’t carry a debt on my credit card…. But I need a car for work, what choice do I have?

I know I shouldn’t be texting while driving, but I’m careful, I’ll make sure nothing happens.

There are times and examples where I know what is being said is true, is valid, is important.  But – either I don’t do it, I can’t do it or I won’t do it for some reason (legitimate or illegitimate) The thing is, no matter how valid the reason, it doesn’t change how true the thing is we’re dismissing.

I know I should keep up with my assignments all semester, but the reading is so boring – that’s not going to change the fact that at the end of the semester you’re going to be expected to have done it.

I was thinking about the “I know – buts”, how many of them we have in our lives.  And I think for many of us, Jesus’ words from today’s Gospel would end up in that category too.  Look at what’s happened.  Jesus is asked a straight forward question by Peter “how many times must we forgive?”  Notice that Peter’s specific too, he says that this was a wrong done by a brother.  So he’s not talking about some bad thing done by a person he could care less about… this was someone close to him, someone he called a brother, so it’s personal, and the hurt is greater.  I wonder if he had someone specific in mind.  Has to be Judas, right?

Peter probably thinks he’s being overly generous in proposing 7 times (which considering Jewish rabbis taught at the time that you were to forgive only 3 times, he was being generous).  So what Jesus says had to have taken them by surprise –  77 times.  Towards the end of that passage, Jesus reveals he’s not interested in how many times, but rather that everyone must forgive one another from their hearts.

Whenever this or similar passages reflecting the same sentiment come up, I’m sure I’m not the only person who puts it in the context of our own lives and have an “I KNOW – BUT” all ready:   I know Jesus,  BUT – that cousin was so hurtful to my mother what he did was unforgivable…  I know Jesus, BUT that ex-friend, deserves that pre-fix – of “EX” because, well she knows why…   We all know somebody who said something, did something that makes us want to ignore these words of wisdom, find a loophole that we can say to Jesus how we believe His words are good and true, they just don’t count in this case. 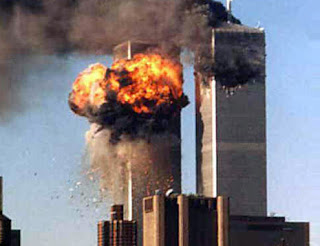 Even more challenging, that this Gospel should fall on this day, this year, of all days and years – this 10th Anniversary of 9/11 – especially for those of us living 15 miles from the destruction; who’ve had loved ones perish both on that day and the days since because of that awful day.  Our collective memories bring back so much of the pain that was experienced that day.  A day of so much loss, loss of life, loss of security, loss of peace.

Because of how unprecedented all of that was and still is;  Because of the thousands of innocent men and women who were simply living life and disappeared in such a horrific way; Because of the understandable thirst for justice;  Because of our need as a nation to protect ourselves and defend ourselves, there’s a strong temptation that many fall into saying I KNOW JESUS DOESN’T EXPECT US TO FORGIVE THOSE WHO DID THIS. We don’t even need the “but” in this “I know, but” example. 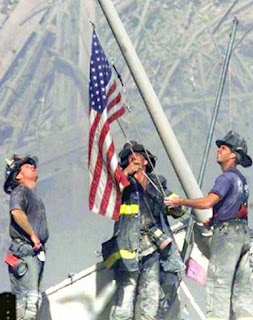 I’ve struggled myself with it, and I know I’m not alone on that.  Talking with families who had to prepare for heart-wrenching funerals… Speaking with men and women who worked in rescue operations that became recovery operations far too soon… Seeing loved ones preparing to go to distant lands and continuing to risk their lives in battle…Even just driving around this area, 10 years later you still feel the absence of those two twin towers in the skyline… (I don’t know how many times I’ve said “it just doesn’t look right” maybe that’s why I’m still disappointed that we’re not rebuilding them, if for no other reason, to help me deny what happened and pretend to go back to life as usual) All of these things make a good case for us to excuse ourselves from Jesus’ words.

Yet Jesus turns it around on us.  He doesn’t just usher in some hard command, ordering us under obedience to listen -or else…  Because here’s the thing, as we hear these challenging words from the Gospel on this solemn day of remembrance, he has his own “I KNOW – But.”  Jesus says to us – I KNOW… 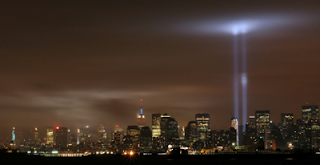 I know how hard it can be to even consider forgiveness when you’ve been so hurt.
I know how painful it can be.
I know how unfair it seems.
I know that it even seems illogical or that you’re opening yourself up to be hurt again.
I know you will most likely get hurt again.
Jesus says I know all of that –

BUT – if you don’t learn to forgive- then something worse happens.
Your heart gets hardened;
Your soul gets weighed down;
Your mind will never find the peace you’ve been searching for – which only multiplies the evil that has already hurt you and the anger you’ve experienced.

Jesus says to us I know all that, but that’s why I came.  That’s why I offered myself up, suffered the torture, the death on the cross for you.  And in rising from the dead, He speaks with an authority of which there is no equal.  He assures us that he is with us as we try to live out His command.  He invites us to trust that the only thing we truly need to know is him and to leave the “buts” behind ( no pun intended).   If we can do that, we will find that his grace enables us to attempt what seems impossible to imagine… to learn to forgive.