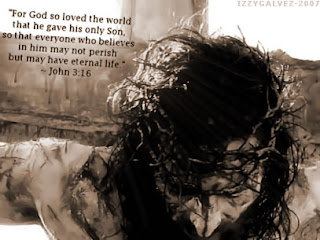 Hi everyone – here’s my homily for the FEAST OF THE MOST HOLY TRINITY – June 19, 2011.  The readings can be found at http://www.usccb.org/nab/061911.shtml Thanks as always for reading and your comments and feedback – Fr Jim

A speaker at a recent lecture that I attended shared a pretty startling statistic.  Ireland, often considered one of the strongest of Catholic countries since the days of St. Patrick in the last decade has seen weekly Mass attendance go from close to 90% of Catholics attending Sunday Mass regularly to about 18% – in one decade.  A major reason is attributed to the revelation of the decades long Priest-abuse scandal that had occurred and only recently came to light in the Irish Church.  Not being Irish, and looking at where my Grandparents emigrated from didn’t paint a rosier picture – Italians have had a Mass attendance rate in the low 20% range, and have so for years.  In a sense it’s sadder than Ireland because there’s not a single identifiable reason for this, just a sense of indifference to religion.

If we’re honest, we can see that indifference to religion, especially to Catholicism throughout our culture.  Christianity in particular seems to have taken a beating in public perception.  Participation or connectedness to parishes isn’t what it used to be in a lot of ways.  This same speaker pointed out that we had a Pope, who after his death because of the outpouring of admiration from around the world, his cause for sainthood moved faster than any in recent history, so we now refer to this Pope as Blessed John Paul II — well Pope John Paul II was the most traveled Pope in history for one of the longest periods in Church history… And when he traveled around the world and spoke to millions of people one recurring theme was his call to our Church to embrace a “New Evangelization.”   For every Christian to recognize their duty to proclaim the Gospel in each of their corners of the world.  Our current Pope Benedict has continued in his predecessors example – a man in his mid 80’s – who travels, writes, meets, preaches that same message – the need for the Church to evangelize – not just those who aren’t Catholic or Christian, but almost re-evangelize itself… And this speaker made a somewhat sad evaluation – he pointed out that for the most part this has fallen on deaf ears.

Those thoughts are troubling.  No doubt there’s researchers and statisticians who will cite a host of reasons why this shift.  While that’s important to get to some of the roots of all of this, those things can also distract us, the Church of God from simply analyzing the problem rather than moving forward.

Because when we look at our culture, our world, it seems more and more lost.  Motivated by fear, and distrust of one another.   People seem to be making bad choices and decisions (and then make more bad choices and decisions to make up for the first ones) which reflects a relativistic “do what you want, just leave me out of it” philosophy.    You see that in marriages that fall apart, in legalized abortion killing millions of innocent babies in this nation alone for over 37 years.  You see that in horrific examples of war, terrorism.  You see that in the collapse of the economy.  In so many ways, this distrust, this fear, this sense of lack of connectedness is widespread.

Real happy thoughts huh?  On Father’s Day no less… But here’s our hope, here’s our answer, here’s our duty as Christians who are here, who find ourselves in these pews.  To hear in this Gospel how Jesus reveals the inner heart of God who’s love is so pure, so perfect He is a unity a trinity of One God in three persons – Father, Son and Holy Spirit.  These beautiful words from this Gospel is His answer to all of our deepest questions, confusions, fears…  We need to listen again and believe what these words tell us about the Heart of God:

For God so loved the World that He gave His only Son, so that everyone who believes in Him might not perish but might have eternal life.

What had motivated Jesus to share those words was a question by Nicodemus, a Jewish pharisee who wanted to know what it meant to be a follower of His… He wondered what was it that made Jesus so different that people were only beginning to experience His glory through His Words, through His presence, through His miracles.

And thousands of years later, Jesus’ response to Nicodemus needs to convict our hearts and cause us to do some reflection.  Because it’s easy for us to dismiss the problems of the world, the problems of the Church as too big for any of us as individuals.  We can tell ourselves that “someone has to do something” or that a committee or leader needs to emerge.  But the reality is there is no program or committee.

These problems, these issues have in a sense have always been around.  There were failures in government and society during Jesus time that would make Washington look pretty tame.  There were people being used, abused and devalued as human beings in just as, if not more, atrocious ways then as there are today.

But here’s the thing, what captivated the minds and hearts of people to begin to address those wrongs to effect real change was when they connected to God, when they heard this revelation by Christ of who God is and lived their lives as if that was the only thing that ultimately mattered was God… which is in fact the case.

Just think about it, because of Jesus Christ, the sick, who when he walked on earth were seen as sinful and people to be avoided and discarded (left on the sides of the road) now mattered because “God so loved the world” – and so the Catholic Church was the first institution to develop a “universal” health care system – where rich and poor were cared for, were healed in the name of Father Son and Holy Spirit.  Because of Jesus Christ who spoke of the value, the dignity of every human life, the Catholic Church recognized how important that message needed to be communicated to every corner of the world, so that every human being could learn that they mattered and were apart of the world that God so loved… and so the Church developed the first wide-spread, universal educational system that still teaches millions around the world to this very day.

Those are just two of the many things that were started by Catholics, motivated by that core belief and understanding.  What are we doing now?  For us, the challenge is to re-evaluate what it is we do:

If we’re not gathering in our groups, societies and organizations that all do good things – whether it’s the Knights of Columbus or ICAPS or Campus Ministry because we believe that God so loved the world…

Then why are we?  What have we made those things?  If it’s not motivated out of a belief that God has this love for you and everyone of His creation, then He is not being glorified by these things and they will die.

On this Trinity Sunday, it is easy for us to be transfixed by the mystery of trying to imagine One God in three persons.  To get lost in that mystery of who God is and in our highly analytical minds try to figure that mystery out, like it’s a puzzle or a question to be answered.  Jesus reminds us God is not a thing, but a Person – three Persons but one God.  And offers us the opportunity to go beyond figuring Him out, but to actually participate in the very life of God.  If we would but let His love resonate in our hearts – A love which created, redeemed and sanctifies us to this very day.  A love the Father, the Son, the Holy Spirit needs you and I to share with a world that seems to forgotten how much they matter to Him as well.