Hi everyone – here is my homily for the 8th SUNDAY IN ORDINARY TIME – FEBRUARY 27, 2011. The readings for the Mass that this homily is based on can be found here. As always, I appreciate your feedback and comments. God Bless – Fr. Jim 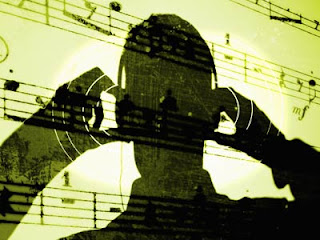 All week, I couldn’t get a song out of my head… I’d be in the Chapel, making a Holy Hour, reading this Gospel. Well I have to back it up and explain how I pray and make a Holy Hour. When I start, I try to enter into the prayer imaging spending time with Jesus, one on one, talking with my closest, best of friends in a real, meaningful conversation. So for that to work, (and this is true for everyone of us, if you’ve never done it before, try it sometime) you have to make that a setting, a place that you would do that with a close friend. So if you’re into fishing, maybe you imagine you’re fishing, in a boat with Jesus just talking and listening to him (Jesus seemed to like doing that too, so it’s not a bad idea) Or if you like hiking, imagine doing that with Jesus and in your imagination, have a hike where you’re spending time with Jesus. I’m not into fishing and don’t hike much, so for me, I usually imagine sitting at a bar with my friend Jesus. It’s always a nice place – there’s just two bar stools there. He’s always there waiting for me. He’s got a great pint of beer in a frosted glass waiting for me (which changes by season – usually this time of year it’s a Pale Ale or Guiness – summer it’s a lighter brew). He always puts it on his tab…that’s where I meet Jesus in my prayer. Once I have that setting in my mind, I read the Gospel and let Jesus talk to me.

So this week It’s like He decided to order a Corona for me this week, at a bar which was one of those beach front bars (he gets to choose which bar we meet at)… And maybe he had the jukebox on or something. All I know is that every time I entered into prayer with this Gospel, the song I had in my head was “Don’t worry about a thing… cause every little thing gonna be alright… “ Who knew Jesus was a Bob Marley fan?

I’m serious. It was kind of funny and frustrating. I finally had to download it (LEGALLY) on iTunes. First Bob Marley song I bought… thanks Lord… I’m sure many of you have heard that song before I butchered it. It’s a type of song that you don’t really think about how it starts or ends… if Marley were alive, he could probably keep playing the instrumental and singing the chorus over and over for half an hour and people wouldn’t get bored. People just move along to the song… And why not? It’s not just a great song with a great beat- it’s a great thought. We all have things that we worry about. We all know it’s not good for us to worry. We all try to put it out of our heads. But simply telling you “don’t worry” about whatever it is we’re worried about, is kind of like saying “don’t think about a pig.” Now that I’ve said a pig – You’re all thinking of pigs right now, aren’t you? You can’t help it.

So we hear don’t worry – don’t worry about what? Don’t worry about that relative who’s seriously sick. Don’t be upset about that relative who just died. Don’t be anxious about your job, or that your parents are going through a difficult time, your relationship that’s hit a rough patch or don’t think about whether you’re going to be able to afford college next semester (whether you’re going to pass your classes this semester)… don’t worry about a thing… this is my message to you-ou-ou… If you had somehow been able to put those things out of your mind for a moment, well you’re probably saying – thanks Fr. Jim… oh and you missed a few others…

We’re all filled with things that worry us. It’s nice that Jesus tells us “not to” – but how?

About two weeks ago, the FOCUS missionaries sponsored a movie night, and we watched this film called The Human Experience. On top of the Bob Marley song, that movie, particularly this scene where they were able to go interview people in Ghana who were dying with AIDS has not left my mind or heart. Here these people are in poverty. Knowing what they are facing. Still in terrible pain. Waiting for drugs to arrive or death to come – not knowing what will come first. You would think that with all of those realities surrounding them, it would be a sad, frightening place. But the film makers go there and are invited to ask the patients what they need, how do they deal with these realities, what is their message to us? The first woman said that all she wants, all she needs is to be a person with a bold heart so that she can do anything to help others. Another man said to them Every day I wake up I thank God – waking up means He has something to do for me. And the third woman who was asked what words would she like to leave with her children, just so confidently, genuinely, sincerely said “To trust in God… To observe the rules of God. To walk according to what God has said– God will let you prosper in all that you are doing… That is the only thing I want to tell them.”

I cannot put myself in their shoes, or imagine their situation (and to even attempt too seems disrespectful to me). But I know how I deal with far less worrisome and troubling things. And why this has stayed with me is because it’s so humbling to see the absolute faith and trust that these people have. They’re not blind to the realities around them. They’ve seen hundreds of their loved ones, friends and neighbors perish from that same illness. But they truly believe what Jesus is telling them in today’s Gospel. They haven’t trusted in the things of this world. They haven’t been corrupted by “mammon” or money or whatever it is that we try to fill the God shaped holes in our hearts with everything but God. And so because their faith in Jesus is based on this real, life-giving relationship with Him, as they face some dark nights… in their times of fear and terror, when they have that feeling of being alone… they know Jesus has not abandoned them. They know he is with them and that he desires their fullness, their happiness. That His Love for them will never – never be defeated by any of the evils and pains and struggles they face. So yes, they have a lot that they struggle with and face some incredibly scary things that justifiably would make any of us worry or anxious. But what you heard was their faith that has given them the strength to face it.

Mother Teresa explained why there’s such a difference in our cultures. She said “The greatest disease in the West today is not TB or leprosy; it is being unwanted, unloved, and uncared for. We can cure physical diseases with medicine, but the only cure for loneliness, despair, and hopelessness is love. There are many in the world who are dying for a piece of bread but there are many more dying for a little love. The poverty in the West is a different kind of poverty — it is not only a poverty of loneliness but also of spirituality. There’s a hunger for love, as there is a hunger for God.”

Until you and I recognize what we truly are hungering for, starving for, we will continue to be filled with fear. Until we stop seeking fulfillment in things… then these words from Jesus won’t resonate in our lives and won’t be able to heal us. Because until we truly let God be God and trust Him to do what He says He will do, the anxiety, the doubt and fear will always be there. We’ll hear these words, or hear the lyrics, hum and sing along to the song – BUT once it does end, WE’LL find we’re still left with much worry, because – WITHOUT GOD – everything is not alright.

Yet think of the tremendous opportunity we have. We don’t even have to wait to imagine our alone, one on one time in a bar or wherever we want to imagine meeting Jesus. He is here – right here, right now in this Word. And in the Eucharist, he will become really present, body, blood, soul and divinity with the invitation for us to receive Him – to let Him in. With Him abiding with us and within us, then we can finally believe that … every little thing is going to be alright.