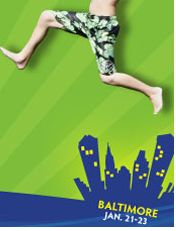 Hi everyone here’s my homily for the THIRD SUNDAY IN ORDINARY TIME – January 23, 2010 – given at Montclair State University. We’ve just returned from the FOCUS National Conference in Baltimore Maryland, where the theme was “ANSWERING THE CALL”. Today’s Gospel reading seems perfectly suited to that theme. Thanks for reading – Fr Jim

In the course of a day, try to imagine how many times you hear you’re name said… From questions people ask you to stories they want to share with you and everything in between. You probably hear your name a lot. So think about this question – When someone calls your name – how do you react? Do you respond out of fear, annoyance, anger? Maybe you respond out of obligation or respect. Do you respond sincerely, with genuineness, friendship or love? It depends. Thinking about that question, for some reason, memories from when I was a kid seemed to jump out in my mind… Maybe because in childhood the reactions and responses we have to our names being called seemed less complex, more immediate without as much thought about the consequences.

For example, as a little kid, getting home from school my brothers and I would be running around outside – and usually around 5:00 my Mother would scream our names “Chris, Craig… Jimmie” when she wanted us to come home for dinner. We knew she wanted us home, but there wasn’t a real sense of urgency in her voice, so we pretended not to hear Mom so we could play another inning, run another play or whatever just to extend our time outside a little linger. 10 minutes later when my Father would scream “CHRISTOPHER SCOTT, CRAIG RUSSELL and JAMES NICHOLAS” no other words were necessary. We usually bolted pretty quickly realizing that mom’s patience had worn out, she yelled at my father to yell for us…

My brothers could say my name in a very friendly way (almost too friendly like a salesman or something) when they wanted me to get them to do a favor… They also found ways to call my name that was extremely annoying,“Jim… Jim… Jim…Jim… Jim…” (Complete with poking) when I wouldn’t do whatever favor they wanted (until I would finally give in).

My friends Brett and Kevin could say “Hey Jim,” in such a matter of fact way that, I don’t know, I kind of thought they knew what they were talking about. They were my friends, and we always hung out together, so I never was concerned they were intentionally going to do something to hurt me (couldnt always say that about my brtohers). But Kevin and Brett, well I would just kind of go along with what they said. That’s part of being young, we cab all be kind of stupid… Like this one time…do you know what ‘caps’ are – those fire-works-type-things you’d put in a ‘cap gun’ to make a sound like a real gun? Well being the boy geniuses that we were, we discovered if you hit two at the same time it made a louder sound, so – more obviously equals better… so Kevin said“Hey Jim, hold this entire roll of 50 caps with your two thumbs” as Brett held a giant rock over his head. In a moment that would look great on Tosh.o – the rock came down, it made a huge bang with the caps (complete with a flames) and a scream where this little boy sounded like a little girl as Brett blew my thumb-nail right off…

In school, Mrs. Gagliardi could call on me in class “Jim???” And either it was a moment of triumph where I actually got the answer correct or tragedy when my not doing my homework or being prepared was revealed…

It’s interesting because when we think about all the people who call out our names for a variety of different reasons, in an assortment of situations – depending on the circumstances, the person doing the calling, your relationship with them all has a lot to do with your reaction.

Which is why this Gospel, which is considered the “start” of Jesus’ public ministry, when He is just beginning to preach his message of “good news” of God’s Love for His people is so fascinating to me. We just heard what is referred to as “the Call of the Disciples.” We read Jesus calling Simon (Peter) – the first Apostle and our first Pope, Peter’s brother Andrew, James and John… What’s so amazing to me is the immediacy of their actions. Peter and Andrew had their fishing business. All of their supplies, their nets are there. They had their lives with all of their goals, their plans. All things that up until this moment they probably thought were incredibly important. James and John were kind of in a similar situation– they are with their father – working with him – Zebedee and Sons fishing company. Yet Jesus simply walks along the seashore, calls their names and they leave it all behind. Peter and Andrew drop their nets – James and John leave their father. The Gospel says simply, but profoundly – “He called them, and immediately… they followed him.”

What was it about Jesus that when He called their name made them react in such a dramatic, life changing way? With such immediacy, dedication, sincerity? To drop everything and follow after him?

We don’t read Peter and Andrew stopping and saying “OK Jesus, that sounds possible… but we have to think about it, we have a business, we’ve built a life for ourselves. There’s things here we need to take care of first.” James and John don’t start looking for a way to ignore it, for some excuse – “what about our father? We can’t just leave him, can we? Maybe when he dies, Jesus?” They don’t even seem to stop to explain where they are going or why they are doing so. How is it that when Jesus’ called their name they respond, they react in such an unexpected way?

The answer is love. The eyes of Christ looking into their eyes. Hearing His voice saying their name something in that voice had to have been so different, so foreign yet strangely familiar revealing that Jesus knew more about each of these men then just their first names and professions… No he knew these men. He knew their potential. He knew their failures. He knew their doubts and fears. He knew their sinfulness. He knew their joys and what made them so uniquely themselves. Yes Jesus knew them deeply, intimately. And so as he calls them by name, they’re able to recognize that Jesus knows them, and they trust Him just with those few audible words.

Because they hear his voice in that special place each of us has deep within. They hear with the ears of the heart. And so heart speaks to heart… He calls their name and something within each of them realizes that nothing along the seashore, no big catch of fish, none of their plans or goals will ever touch that deep, intimate place that Jesus was able to speak to in their hearts. They found in their lives and they speak to us now telling us that the only way for the heart to find fulfillment is in following Him.

Despite countless stories of saints who attest to the truth of that – how in following Jesus they only fell deeper in love with Him as He led them in ways they never imagined – so many of us resist His gaze, dodge his invitation, don’t seem to hear his voice. Maybe we’re distracted by other voices calling our names, promising us easier ways to achieve happiness (and if you’re not “completely satisfied”, we’ll there’s probably a pill for that which you can get without a prescription). And for a variety of reasons, we’ve responded to those. Trapping ourselves in a cycle where one lie builds upon another lie – even to the point that we can actually hear Jesus’ voice in our own lives calling us by name and we don’t know how to respond. We can’t imagine the things he’s proposing are possible: “I can’t be a priest, or I can’t be a religious sister… I’m too sinful, I’m not holy enough…it’s nice that we have them and I hope we have priests and religious – but not me Lord.” -or – “I don’t think I want children when I get married, there’s too many things I want to do with my career…” “I know what the church says about sex, but we’ve been dating long enough and I don’t want to wait…”

Jesus isn’t looking for perfection. He’s not looking for debates or negotiations (if only the Church did such and such THEN… ) or any other type of excuse we can come up with. In calling us by name, he’s calling to our hearts and asking that we trust him even slightly as much as he trusts us. As we heard Curtis Martin in his talk this morning (at the FOCUS Conference) explain – from the very foundation of the world, God imagined us into existence as a part of this vast creation. His son called each of us by name at our baptism, but that wasn’t simply a one shot deal. The fact is he calls out to our hearts at every moment of our lives– heart speaks to heart right now. And how does your heart react to that call? With love or with excuses?