Latest News
Home /Blog/AMERICAN IDOL & WHAT ARE YOU BORN TO DO? 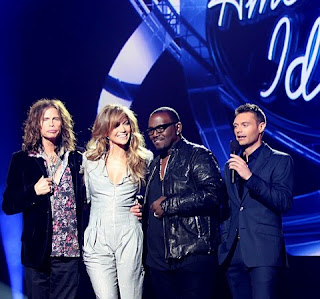 Hi everyone – this is my homily for the 2nd Sunday in Ordinary Time – January 16, 2010. The readings for today’s Mass can be found at http://www.usccb.org/nab/011611.shtml. Thanks as always for reading and your feedback. Have a great week! Fr. Jim

HOMILY:
So many are eager with anticipation… wondering how’s it going to be…. how are things going to be different or change… Will it be better or worse… of course, I’m talking about the new season of American Idol. Yes after months of hype, anticipation, and it seems like non-stop commercials and reports about it – Idol will be back but now without the infamous Simon, the bizarre (at least to me) Paula, the other one who took her place… instead – newcomers pop-music star Jennifer Lopez. Steven Tyler from Aerosmith joining Randy Jackson as the judges of basically this talent-show/competition where the winner becomes a new pop-music star. I’m not a fan, I never watch the show, because honestly I cannot stand it. The fact that I know as much as I do about the show though says something…Well, it says a couple of things- I watched way too much television while being sick over Christmas break that had commercials non stop for this show… but also how much of an effect this one program has had on our culture:

– It’s the first show to have been the most-watched TV series in history for an unprecedented 6 years in a row (surpassing All in the Family and The Cosby Show, which had been the previous record holders).

– It has launched successful musical careers for almost every one of their winners or finalists including Kelly Clarkson, Carrie Underwood, Chris Daughtry, Josh Gracin (country music star that I like, and didn’t realize was even on American Idol)…

– Towards the end of 2009, American Idol alumni had sold a total of over 46 million albums and 56 million downloaded tracks in the U.S., and 66 million albums worldwide. By last year, four idols each had more than a million radio spins, with Kelly Clarkson leading the field with over four million spins… (I knew Wikipedia was good for something)

With all of that success, I realize I’m in the minority in saying I can’t stand the show. I have never watched a full episode once. Never wanted to. Would rather watch a repeat of Everybody Loves Raymond or Seinfeld for the 88th time… One reason I dislike it is that it’s like a bad high school talent show without the teachers telling you to be nice and not to laugh at the bad acts. In fact, the question now is how will the show survive without Simon mocking the awful acts (Already there’s been reports or warnings depending on your perspective that “the show is warmer or nicer”)

Because for every “American Idol” that’s crowned, there’s been a trail of individuals who have been shattered, humiliated, and left devastated. Sure some people come on the show to be goofs, to get a laugh, and just wanted to be funny on national television (Like that “Pants on the ground” guy from last year) – but there are some you can tell were truly let down. Not to make fun of some of them, but in some cases it was obvious – God didn’t give them the gift of singing…

In one news article I read a few years ago, I’ll never forget this failed contestant saying she was devastated because as she put it”I know that this is what I was born to do.” If that’s the case, if in fact she had all through her life imagined that she was going to be a singer and felt that American Idol was her only real shot to fulfill this life’s ambition- I could imagine that would be earth-shattering. If you think this was what you were born to do and you were told by three people on national television before millions of people that you’re not… that would have to leave you somewhat lost. (Heck, as the song American Idol has for that too – You had bad day…)

One reason that American Idol has become a ratings juggernaut for 10 seasons is people enjoy seeing someone discovering that they have found the answer to that question “What was I born to do.” (And in the television world, its conveniently packaged into a 12-14 week season) Especially for people who are in the 18-34 age group its no wonder that they’re the biggest part of that audience – they’re drawn to that show because they’re constantly trying to figure that out for themselves – “What was I born to do?”

The readings today speak about that, reflecting on what is it that we are born to do. God has created each and every one of us for a special purpose. Each and every one of us has a role to play. Each and every one of us God looks at and says “I NEED YOU TO DO THIS TO HELP BRING MY GRACE TO LIFE TO THIS WORLD.” Look at these readings again – In that first reading from Isaiah we hear this quote -(and just imagine yourself saying this): The Lord said to me You are my servant….through whom I will show my glory. Now the Lord has spoken who formed me as his servant from the womb. Before we were born, while we were in our Mother’s wombs, God knew us – God Loved us – God had a plan for us. . Isaiah is reflecting on that, how God created him – and his example reminds us that God created us with a specific role to play as well.

Which is why we sang “Here I am Lord I come to do your will” as the psalmist sang thousands of years ago. That song, that psalm affirms that the only way we will find joy and fulfillment in life is when we do what God created us to do – when we cooperate with HIS plan (not our plan) when we take all these passions, desires, talents we have and say “OK God, what do YOU want me to do with these great things?”

Which led into that second reading. Paul’s very brief excerpt from his letter to the Corinthians says that we have been sanctified in Christ Jesus called to be holy – which again tells us, that you and I are indeed special and unique in God’s eyes – that we each have a part to play in God’s creation… But he goes on and says that we are called to be holy with all those everywhere who call upon the name of the Lord. So Paul’s hitting us with the “don’t get a big head” warning. Yes we are called, yes we are special, yes we are unique – but so is everyone else (even some of those people you don’t particularly like)

Yes God has called us to something – but we are apart of something bigger than ourselves as individuals. And that there’s one person who is the center of the universe (and no it’s not us)

It’s hard to figure all of this out. With the daily responsibilities and challenges all of us face – family, friends, co-workers have all kinds of expectations. And there’s enough judgments being passed on how well we do that on a daily basis – whether it’s a grade in a class, an evaluation from the boss – a friend’s remark a family member’s comment – whatever. Wehave more than your share of Simon’s, Randy’s and Jennifer Lopez’s or Steve Tylers judging you.

Jesus is inviting us to something greater than all of those things that can weigh us down. He’s saying to us – You are someone very, very special – My Father made you with a unique fire, something that makes you different from anyone who has come before or will ever come again. All out of my father’s love for you. Will you help me share that good news with the world? Will you help my Church in proclaiming that message? Will you do what you were truly born to do?