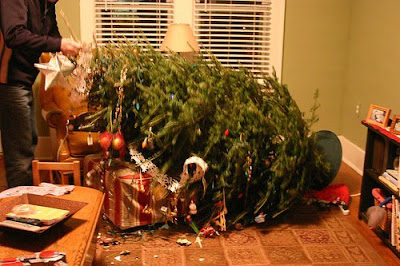 A friend called me yesterday and asked an innocent enough question, perfectly suited for the time of year – “So how was your Christmas?” The honesty of my feelings at the moment got the best of me as I said “It sucked.” Reading that right now, I know how harsh that sounds – and how incredibly untrue for a lot of different reasons that statement is. But he got me at a vulnerable moment. Just reflecting on a few of many random things: Being kind of knocked out by a stubborn virus for close to two weeks (which resulted in having to cancel tons of get-togethers with family and friends that I had been planning for weeks during this semester break, not to mention sidelined me from celebrating Sunday Mass for two weeks and unable to fulfill some pastoral duties I felt a deep responsibility to be attentive to); missing my Grandfather (who died this past May at the obviously blessed age of 94); talking to four friends who all lost their Mother’s in the days leading up to or immediately after Christmas; a blizzard that wreaked havoc on the entire area for the whole of Christmas week (and seemed to take a lot of “Christmas Cheer” out of the air) Yeah, his phone call, mid-coughing attack, got me at a bad moment that I would say such a harsh thing, that I really regretted moments after.

Because after close to 12 years of priesthood and seeing people who’ve endured far worse and been much more grateful than I was feeling, not to mention spending my own share of Christmases with family situations that were much more precarious, I would’ve hoped that I would have been able to answer the “How was your Christmas” question with a more mature answer than “it sucked.” I mean reflecting on all the work my family did for meals; all the love and generosity I experienced from so many people I love – it would seem much healthier for me to reflect on those things than on all the things that were bringing me down.

It was with those mixed thoughts and a tad of guilt at my complaining that I went into the chapel with and started asking myself why – Why wasn’t I able to kind of just look on the brighter side of things? I think because as much as I know the true meaning of the season, it’s still easy to get sucked into the hype. That things are supposed to be perfect at Christmas. That it’s a season of joy, happiness, peace… You know, “Silent night, holy night; all is calm; all is bright.”

But that’s not really the truth. A more accurate look at Christmas tells us that Jesus was born into this world – the real world. Things were far from calm and bright. Everything that we wish to escape from was there then. Mary was initially frightened by having a child outside of the norm (talk about understatements). Joseph, had his own share of confusion, embarrassment, perhaps even anger learning that his fiancee was pregnant. The couple’s families must have been ashamed. You know, the neighbors gossiped.

There was no room at the inn. In all likelihood, the stable was not the quaint spot that we portray in our little manger scenes, but a dark, damp, dirty cave. And if the animals were quiet, the baby wasn’t for long. Before the couple could gain their composure, they were surrounded by smelly shepherds and strange astrologers presenting, among other things, myrrh, a spice used for embalming the dead.

King Herod would lash out in rage, threatening Jesus’ life and slaughtering the children in the region, which resulted in one woman named Rachel weeping for her children; she refused to be consoled, because they were no more.

None of these thoughts I’m offering are “original.” Indeed more eloquent writers, preachers have heralded these faith-realities to countless generations since God first revealed them to humanity. Yet as much as we’ve heard these things before, it’s amazing the difference between knowing and really believing them. Particularly when you do feel “down” because you’ve gotten knocked down by the somewhat crazy turns life can take.

I’m feeling somewhat better today, hoping that this stubborn virus is finally on its way out (been tricked before over the last two weeks!) – and while things have been less than ideal for me these reflections really helped me to see past some of the disappointments I’ve felt about how things have gone and truly reflect on the one constant in my life, which is the reason no Christmas can ever “suck.” That love that God has for me. And for you… May our 2011’s be brightened with a constant awareness of that love and multiplied in our sharing it. HAPPY NEW YEAR!