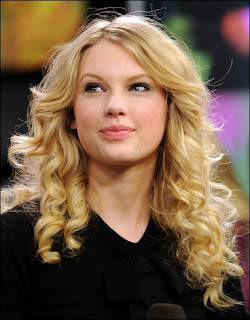 Hi everyone –
First off – thanks so much for checking in and reading my homilies here. This past month, almost 4,000 visitors came on here… which is really humbling to me. I appreciate your interest, and all those who send an email or comments to tell me where you’re from or how you found the blog (you can always do so at [email protected])

Despite the valiant attempts we’ve made… the various techniques we’ve incorporated… the changes in membership over the last three years; the weekly meetings I have with our Student Leaders (called our “eboard”, short for “executive board”) without fail seems to constantly derail every week into some random topic that has little (if anything) to do with our planning events or other agenda items. (Truth be known, supposedly there was a meeting I missed about a year ago that the officers contend was finished in less than an hour as opposed to the almost on average close to 2 – implying that this is my fault… but anyway, before I continue down my own ADHD path)

This past week what threw us off our agenda was hearing the story of two of our officers who had just come back from an exciting afternoon. Yes, they got to see Taylor Swift live in Central Park as she filmed one of two concerts. (In all honesty one of the individuals you could tell was sort of going along just to support the other, who was still seemingly star struck by the entire event and hadn’t quite returned to the rest of us on the planet earth until I made an ill-timed joke about the concert) This guy talked about the excitement at “winning” these exclusive tickets, recounted the lengths he had to go through to get in and out of the city, and how they were all invited to come the next day for, yes – TAYLOR SWIFT – PART II, so now this self-identified “swiftie” was already trying to plot his return for that concert the next day (how would he get everything he needed to get done… who could he drag with him this time…) By the updates to his facebook, it sounds like the second concert was even better than the first. I couldn’t help but laugh thinking about the lengths this guy went through just to see Taylor Swift. Something tells me that if he had to miss all of his classes to be there (oh the sacrifices!) he would have. While I might not be a swift-a-holic, I can appreciate that for this guy it was a “Can’t Miss” opportunity…at some point of another – we all have them…

What was it for you? What was that “can’t miss” opportunity that got you so fired up? Think about the lengths people go to for that rock concert, that sporting event… Harry Potter books go on sale and there’s a line out the door for hours as people dress in character just to buy a book. A friend of mine who was so pumped that the San Francisco Giants made it to the World Series flew out to California, bought tickets at a price he still refuses to tell me off of Stub Hub just to be there for it… Even I shared with our Eboard officers that night how in college some friends of mine and I went to Times Square, stood in the frigid cold (unable to leave the streets of NY without forfeiting the opportunity) just to see the New Years Eve ball-drop to ring in the new year. What was it for you? What was it about that thing that captured your attention, your fascination, your passion that made that made this a “can’t miss opportunity” that you got so fired up about, that you went through such incredible lengths, well, not to miss?

In the Gospel we hear about this short guy (that’s St. Luke who said that, not me) named Zaccheus who kind of reacts this way when he hears that Jesus is coming to town. For weeks now in the Sunday Gospel’s we’ve been hearing of Jesus’ journeying towards Jerusalem. There’s been lots of stuff that’s happening that everyone’s been talking about. You can hear the conversations that were going on: “I heard there was a leper who were completely cured of their leprosy!” “NO, there was 10! Only one came back to say thank you but it was actually 10″ – or “Did you hear how he totally shut the pharisees up?” “REALLY?” “Oh yeah, he told these parables that really called them out and showed how they can be hypocrites…”

There’s been all these healings and teachings. People almost didn’t know what to expect next, and so they were drawn to Him. Drawn because their desires, their longings were constantly being surpassed as they journeyed with Him… Drawn because they are finding fulfillment and fullness and healing and freedom as more and more people met Him. As Jesus is coming to Jericho, Zacchaeus is like everyone else… He’s heard the buzz… He’s curious. And at that point, he has nothing else going for him.

You see, he was a tax-collector and so he was despised by his own people. Not because people hated paying taxes as much today as they did then, but because tax-collectors were sell-outs, they were cheats… Zaccheus was a Jew and so he collected money from his own people for the Romans, who had occupied their land. It would be like if Canada had taken over America and now you had American people collecting money for Canadian taxes… It would sort of be like that. What made this even worse, the Romans had a sweet deal for people like Zaccheus. If, for example, the tax was 20% of all that someone makes, Zaccheus could charge 35% and keep the extra 15% for himself. That’s why he was so hated by his own people. Zaccheus had succumbed to the temptation of this lucrative job that looked pretty stable. So sure, he had financial security – but that was it. Rejected by his own, used by the Romans for their own needs and then ignored he found himself alone. He probably felt unloved. He couldn’t imagine there would ever be a way to make things right again.

For a moment though, there’s a diversion. The word on the street was that Jesus was coming to town. Everyone’s talking about all that Jesus had already done and wondered, “what was going to happen next?” Zacchaeus had heard about Jesus… But he needed to see Him. Something within him knew it. He sees these crowds, he realizes he’s not even able to get near Jesus (and it’s not like he has any friends to save him a spot or help him get into the scene) but the desire doesn’t go away… He wants to see Jesus even more now… He’s a man on a mission and nothing is going to stop his pursuit… He takes a chance, he climbs a tree… just hoping to catch a glance of Jesus. This moment was too important for him to miss…

What does Jesus see? He sees the loneliness, the brokenness of the man in the tree. He sees the lengths Zacchaeus went threw just to see Him. All Jesus has to do is invite himself over to dinner(!) All Jesus has to say is I desire to be with you… I want to enter into your loneliness, your brokenness… I want to go to your home for things to change. Zacchaeus upon hearing this realizes Jesus is offering him a radical new life. So Zacchaeus who had given up everything in the pursuit of riches, and power does this 180 degree turn – now promising to give all of that up just because of this encounter with Jesus. The lengths Zacchaeus went through just to see Jesus that one day would be incredibly insignificant in comparison to the lengths he’s going to go through from that moment he first saw Him.

How many of us desire Jesus? There’s a part of us that almost with a gut reaction respond “well duh, I’m here…” but you know what – there were a lot of people in that crowd that day in the Gospel and yet we only hear about the one – the short guy Zacchaeus. For him he realized that he didn’t just want to see Him, He truly desired Jesus, wanted Jesus to see Him and when that happened, this day, this event went from just a day that he “couldn’t miss” into a new life that Jesus was offering him that he didn’t want to miss. What lengths are we willing to go through to have a real, authentic glimpse of Christ? What heights are we willing to climb to cast a true glance on Him and see the life that he’s calling us to? As Jesus continues to come to us, the potential for a radical life changing encounter with him remains… do we really want to risk letting this be an opportunity we miss?