Latest News
Home /Blog/BAD FRUIT, COSTUMED WOLVES OR PLASTIC – AVOID ALL OF THEM 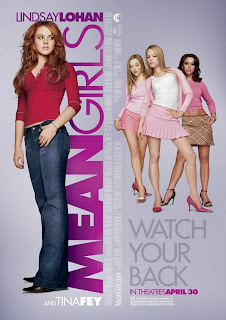 Hi everyone, here’s my homily for June 23, 2010 – WEDNESDAY of the 12th Week in OT (the readings can be found at – http://www.usccb.org/nab/062310.shtml ) as I continue my time here in Champaign Illinois for the FOCUS Staff training. Some of you Newmaners will probably know who I’m referring too throughout. See, I told you guys – you’re always on my heart and mind! Hope you’re doing well! Fr. Jim

HOMILY
This past semester, before everyone returned to campus, the officers for our Student Organization met, as they do before each semester for what we call a prayer and planning day. We celebrate Mass together, make a holy hour to reflect on the blessings of the year, pray for guidance for the semester to come as we make plans for the upcoming semester. The students are pretty creative and consistent to balance things and make sure they have a variety of Spiritual, Community Service and Social activities. At this meeting back in January, things had started off okay for awhile: Work at the Food Bank on this Saturday; Respect Life would be giving out information in the Student Center on that Tuesday; Adoration every Thursday Night… great. And then we moved into possibly one of the most unexpected not to mention bizarre debates, in our “strange but true” category.

It started off innocent enough: “How about on this Wednesday Night we do a movie night?” – someone suggested.
“Yeah that sounds great… 9:00 at the Newman Center?” another asked.
A quick look at the schedules – “Yeah bible studies are done by 8:30 on Wednesday that should be good.” No problems so far…

And then, just when you thought – cool lets move onto the next thing, one person innocently asked “So what movie?” Honestly, the insanity that ensued would make the debates between Republicans and Democrats in DC over Health Care look tame.

We had one person trying to argue that “Boondock Saints” was a “Catholic” movie – trying to appease the priest who foolishly thought maybe we could watch something “meaningful.” These two young women argued in agreement that it should be a Disney movie and then started arguing between Lion King and Mulan. One person who truly does find meaningful, positive films was told he couldn’t even vote because they thought his choice the semester before was just painfully boring (hate to agree – White Squall it wasn’t that bad, but it wasn’t that great either) – and in the middle of all this was this 6 foot 4 guy sitting next to me and whenever the room would get quiet for a moment would just grunt under his breath his suggestion:

“Mean Girls.” At first I thought he was kidding. I looked at him and just laughed. But then he kept saying it. So I kind of interrupted the Mulan- Lion King debate to ask “are you serious?” Which he was: “It’s my favorite movie.” Probably out of sheer exhaustion at this point and people tired from the further argument about whether that was a “chick flick” and should this guy have his “man-hood card” revoked he won and thus Mean Girls was the first movie of this past semester. I can see so many missionaries are disappointed they’re not coming to Montclair this year.

So sadly, I can fill in details for those of you who haven’t seen it: There’s this girl named Cady who moves from the African jungle with her zoologists parents where she had been home schooled and was this authentic, sincere girl. She comes to a typical American High School and meets the clique above all cliques that are referred to as “the plastics.” These women who were considered the most popular, most attractive women in the school. But despite there outward appearance, their popularity, their having all the cool things, people could realize the shallowness, knew that they were “plastic” not authentic and were in fact, Mean Girls. Their friends and classmates could tell in a certain sense that they were not “good trees bearing good fruit. “

A crazy example, I know, but it kind of points out that today’s Gospel shouldn’t seem earthshattering advice that Jesus is telling us. Good Trees bear Good Fruit – Bad Trees – bad fruit… Yet, he also warns us to BEWARE OF THIS – To BEWARE OF FALSE PROPHETS… BEWARE OF THOSE WHO COME TO YOU IN SHEEPS CLOTHING, BUT UNDERNEATH ARE RAVENOUS WOLVES… In America 2010, perhaps Jesus would say “BEWARE OF THE PLASTICS.”

Because the reality is that so often those wolves decked out in sheep-ery or the plastics do seem to gain people’s attention, are popular – do influence a heck of a lot of people. People settle for the bad fruit.

All of us who are on college campuses know that, don’t we? We’ve seen it. We’ve experienced it. We look at some of our students and wonder ‘really? You think going around with this group of people is a good idea…?” “You don’t see the bad fruit, the bad things that are coming from what these people are doing?” Which is why it’s interesting that Jesus points them out to us as a warning, telling us to BEWARE of them. We’re not to ignore them. We’re not to pretend that they’re not leading people astray. In the art imitates life category, back to that Movie of the week, the wholesome non-mean-girl Cady compromises herself, her values, her beliefs, her good fruit to become a plastic herself to be accepted by this powerful clique – all to horrible results.

Well, what fraternities or sororities are doing the same thing on our campuses? What sports team or club comes across as just a group of students with but slowly, insidiously challenges and attacks a person’s beliefs? What religious groups appear on the surface simply to want fellowship and explore common bonds when the real aim is to lead people away from the fullness and richness of Jesus Christ found in the Catholic Church?

They’re out there, and the reality is the opponent the devil isn’t just looking for college students. These false prophets, these plastics, these wolves-in-sheeps clothing can be found in every group of humanity. It’s something that as Christians we’re going to encounter over and over again.

Which is why Jesus is clear about what our task is and that is to beware of them, know them, identify them by the fruits that they bear. At the same time, we are called to recognize that as long as we stay true, as long as we’re connected to the one source of goodness, the one tree of life that produces good fruit that is Jesus Christ; we can be there to offer people the richness they’re missing in all of these fake prophets leading them astray with their bad fruit – not to mention avoid becoming “plastic” ourselves.