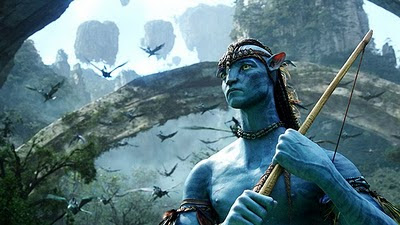 Hi everyone, here’s my homily for the FOURTH SUNDAY OF EASTER – April 25, 2010. The readings for today can be found at http://www.usccb.org/nab/042510.shtml. Thanks as always for reading and sharing your feedback. Always appreciate reading your comments! God Bless – Fr. Jim Chern

The last movie I actually sat through was back in January when I was on a 40 hour (round trip) bus ride with about 30 of you guys who went to Orlando for the FOCUS conference. That’s pathetic isn’t it? That I have to be trapped on a bus in order to get a chance to watch a movie. Two movies to be accurate – the animated picture UP which was terrific and the movie Transformers 2 – 2 hours and 35 minutes of my life that sadly I will never get back (maybe because I didn’t see the original???) Anyway, I realize how sad my life sounds to people when I tell them I haven’t SEEN let alone GONE to the movies in months…

This pathetic-ness, in this area of my life (I’m sure that there’s others) has been pointed out to me a lot in recent weeks as people seem to continue talking about the movie AVATAR. As soon as I explain that I haven’t seen it, people treat me like I have a disease (You haven’t seen Avatar… Ohhh… that’s a shame) Or like I did something wrong (You haven’t seen Avatar – WHAT’S WRONG WITH YOU)

I realize that I’m in the minority by not seeing it. Because as of right now it has earned over 2.7 Billion dollars in box office sales,
making it the highest grossing film of all time in the entire world.
If you too are in this minority, from what I’ve read Avatar is a science fiction film set in the future about a paralyzed military man who is taken into a computer world that is the definition of a “perfect” place called Pandora. Couple that story with what has been described as new 3-D technology, innovative film making, stunning visuals all brought to you by the guy who brought us the Terminator and Titanic. It’s not too shocking that this would be such an unprecedented success.

What is shocking is that there would be something called “Post-Avatar Depression” (or P.A.D.) CNN reports that there are some fans who after viewing the movie have become severely depressed, some even suicidal. Thousands of fans have been posting messages on the movie’s website that have entire threads discussing P.A.D. People try to offer support to one another; counselors from the magazine Psychology today are giving their insights. Just hearing about this, you have to wonder what is it about this movie that triggers such extreme emotional reactions. One fans explanation was that Watching the wonderful world of Pandora and all the [people from that world] made me want to be one of them. I can’t stop thinking about all the things that happened in the film and all of the tears and shivers I got from it, I even contemplate suicide thinking that if I do it I will be rebirthed in a world similar to Pandora and the everything is the same as in ‘Avatar.’ “

There’s a bunch of fans who agreed with that; they had become depressed because they too really wanted to live in the fantasy world of Pandora, this perfect place. Especially since they had become disgusted with our world. One fan very simply summed his feelings up saying “I so much wanted to escape reality.”

When you initially heard Post-Avatar Depression, if you were like me, you probably thought “come on… really?” But just hearing that last line from that one troubled fan – “I so much wanted to escape reality,” you realize this isn’t so new after all. There seems to be a lot of people looking for that same escape.

That doesn’t have to be a bad thing. There’s something within us that longs for something greater than what is presently in front of us. In some ways, the image of sheep in today’s Gospel is an accurate one – because don’t all of us look for greener pastures? Kind of waiting for the next best thing? Wondering when will things be perfect? When I graduate High School? When I move out of home and go to college? When I get a girlfriend or boyfriend? When I finally get my degree? When I get a job? When I get married? When I get a home? When I can retire? We go through life constantly waiting for fulfillment.

Here we are in one of the toughest economies ever; unemployment is high, people seem stretched and stressed to the max, So its no wonder that people are getting caught up in the hype and eyepopping things they see on the screen as Avatar continues to rake in billions of dollars breaking all types of box office records.

Yet, those couple of hours are just that… a couple of hours. A diversion. Not reality. And for some, the sad thing is that they buy into that fictional place, and when reality comes as the lights in the theater turn up (or now that it’s been released on DVD, your TV screen goes back to the main menu) they are lost. Like frightened sheep.

Today’s Gospel is pretty short, and more than likely, most of us have heard the“Sheep, Shepherd” passages before. CCD or Catholic school coloring book images of Jesus in flowing robes with a shepherds staff and a sheep on His shoulders seem to come to mind (at least to mine). Frankly, that image doesn’t seem to be as cool as some blue avatar character in 3-d

But it’s not supposed to be cool. It’s supposed to be real. Jesus comes to bring us fulfillment. Jesus is God’s answer to that longing, that desire within for something that is greater in life… If you’ve ever been to a football game and saw people with those signs saying JOHN 3:16 (and we’re too lazy to look it up) – in that one short verse, Jesus explains his entire mission: For God so loved the world, He gave his only Son, that everyone who believes in him might not perish but have eternal life. That’s why Jesus’ came and in today’s Gospel reading Jesus echoes that by saying My sheep hear my voice; I know them and they follow me, I give them eternal life and they shall never perish.

We are being invited to have LIFE to it’s fullest. That’s the thing – so many people don’t think in terms of “life” or long term. They want to have the most they can get out of this moment… this day. Some still follow the motto “Eat, Drink and be Merry for tomorrow we die”; and yet how merry are they? Last week a bunch of you went to the Annual Spring Bash. Nothing wrong that people wanted to be together with friends to dance, sing, have fun together as Graduation approaches and the end of another school year approaches. For some though, it was all about that night. YEAH OPEN BAR! I can get stupid drunk (probably no more perfect term). Attending a meeting at the Drop in Center, (a health-center office mid-campus) for an hour that afternoon, it was amazing, never had I seen that many young men streaming towards the place. One group of about 8 guys walked in and I heard him say “Yeah, can we get some condoms?” “All of you?” was the response “Yep.” I couldn’t help but just feel sadness. Because it’s just more examples of people who have bought the lie that the only way to treat that desire, that longing for something more, something greater is to fill it with things, with people (using people), with movies that leave us strangely unsatisfied. That so many don’t know, don’t hear the Shepherd’s voice.

We’re here – so we know something about this Shepherd. We’ve heard about his invitation. We may have even had glimpses of the promises Jesus is making in our own lives. But are WE truly listening when he calls us to a different life than the one the world tries to entice us with that leave us unfulfilled? Are WE truly following HIM or have we allowed others to introduce doubt, make us feel we’re missing something if we don’t just give into every temptation? Do we desire that full life, that perfect life that remains long after the credits of a movie have ended?