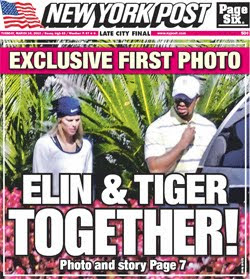 Hi everyone! Here is my homily for the FIFTH SUNDAY OF LENT – MARCH 21, 2010. The readings can be found at http://www.usccb.org/nab/032110c.shtml . Thanks as always for reading and all your comments and feedback – it’s much appreciated and I hope and pray that God is able to use these words to help you on your lenten journeys. GOD BLESS! Father Jim

What is the most popular sport in America?

It’s not surprising that depending on who you ask, you could get different answers because there’s really not a single way of determining this. If you base it on television ratings, attendance at games, ad revenues, and merchandise that people purchase, than Football is considered the most popular. Some who argue Baseball is the most popular using those same benchmarks (the problem is that Baseball teams play 162 regular games a year as opposed to 16 regular season games an NFL team would play) Then you have something like NASCAR racing which is this huge phenomenon in the US, so it could rank as most popular, but then that opens a whole other argument about whether auto racing is an actual sport or not. Soccer is immensely popular all around the world– is played by boys and girls from grammar school through college all across the country, yet professionally, it hasn’t really taken off here in the US.

But I wonder if there’s a different “sport” that has been overlooked. Something that individuals take part in here in the US and all over the world; has a broad-spectrum of interest from people from all walks of life, whether they are athletically inclined or not; whether they are old or young; men or women seem to participate in–

Stone throwing… Not the literal stone throwing that was a form of execution. But rather the incredible amount of time and energy that is focused on the mis-deeds and sins of others, that we throw our stones of judgment and condemnation at. So much so it’s like a sport, and a very popular one.

For example, one of the top athletes in a sport that in terms of “popularity” probably ranks lowest among ratings, attendance, participation, has remained one of the top subjects in news story items for the last three months. Yes, golf superstar Tiger Woods has been on the front pages of more newspapers (this past week alone being the cover story 4 days), lead stories on sports networks like ESPN as well as CNN and all the other news networks – not because of his athletic abilities or sporting triumph, but because of his well publicized extra-marital affairs. 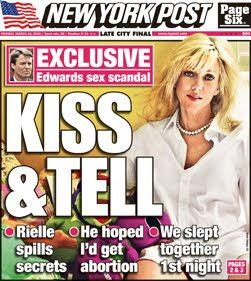 That’s just one example. John Edwards, the former presidential (and vice-presidential) candidate has been in the news for the same reason. His “mistress” and mother of the child that he had with her has also been the focus of several “news” articles and feature stories on television – the latest being an interview she gave that was published this past week which talked in depth about their affair.

This isn’t new and it’s not just about sex. Go back a few years – Court TV, (which is now TRU-TV) admits that one of the things that put them on the map as a cable network, and got them added to cable systems all across the country was OJ Simpson and the trial over whether he killed his ex-wife and her boyfriend. That entire trial was aired from beginning to end, with this network providing daily wrap ups in the evening on what happened that day. Ratings for the proceedings grew throughout the trial. And the number of people who tuned in for the verdict when he was found Not-Guilty was Super-Bowl or World Series sized number.

Americans seem to have made this a sport as they follow every salacious aspect of these and any other “scandal”that is reported. Pictures, videos of the people involved in the scandal are all over the place. Ordinary people call in talk shows or post comments online adding their opinions to these terrible stories. True, there’s an element of it that is unavoidable – all of these men were public figures – but there’s that line where it goes from reporting something that has happened to the feeding frenzy we’ve seen. In the last few weeks three of Tiger Woods “mistresses” had a “beauty pageant” that they competed in on a radio program – yeah that’s helpful – all the while people keep asking whether this has destroyed his professional sports career or his marriage. It’s really beyond tasteless.

If you speak to newspaper editors or television producers their explanation is that they report what sells. People tune in, buy the papers and magazines that cover every aspect of these stories. There’s an insatiable appetite among the public for them, so they are giving the public what they want. As “technologically advanced” that we’ve become – with countless forms of media and entertainment that are available at our finger tips, sadly Stone Throwing – throwing our judgment, our criticism, our opinions over the misdeeds of others – is still as popular (and probably even more popular) than it was in Jesus’ day.

Here in this gospel we have this very vivid scene. Jesus is teaching; there are crowds all around hearing him break open the scriptures that they had treasured for centuries in a dynamically radical new way. Through Jesus they were coming to a new understanding of God the Father’s infinite love and mercy for His people. And how he is offering all of them (all of us) the opportunity to experience that precious gift which can be life changing for us and all the world around us – if it’s truly accepted and lived.

As Jesus is teaching, the religious authorities of the day come on scene and they are looking to put to death a woman who had been caught in adultery. Moses, an incredibly important figure in those beloved scriptures had told them to do so (interesting, we don’t know where the man who committed this sin with her was… just one of many hypocrisies that Jesus must have noted). So they put Jesus on the spot: After all his talk about a merciful, loving God; is Jesus going to simply forgive the woman of this horrible sin? (Which people would have seen as a contradiction to scripture and would have been a blasphemy) or would he go along with the punishment -allowing her to be put to death, contradicting all that he had just taught his followers about this loving and merciful God.

Jesus isn’t interested in choosing sides or playing a game of stone throwing. He sees the hearts of all in front of him. He leaves this self-righteous crowd, hungry to embarrass this woman even further and kill her, completely speechless, while being faithful and true to all that he has taught as he simply says “let the one among you without sin be the first to throw a stone at her.”

That’s not to say that adultery isn’t a serious sin.

And that’s not to say we can do whatever we want- because God will forgive us anyway.

Rather, Jesus is trying to get through to us something that’s essential for our spiritual lives: Sin affects each and everyone of us. And if we don’t deal with our own sin. If we don’t acknowledge it, confess it, apologize for it and try to turn away from it and turn towards the Lord, turn towards Jesus and His Gospel- then that Sin can change us even further.

Look at this gospel example, it changed “religious scholars” who had memorized God’s law into a group of would-be executioners. It changed, possibly destroyed the marriage of a husband and a wife. It changed a woman into being labeled -even centuries later – as “the adulteress”.

The same is true today. People who hate golf and don’t know what a bogey or a par 4 mean seem to know every sad fact about the failures of Tiger Woods (and feel comfortable offering their opinions on it) That’s an effect of sin. It helps us lose focus on what we should be focused about – our relationship with the Lord and bringing others closer to Him If we keep treating this like the sport that it has become, we find it becomes easier and easier to pick up those stones of condemnation, and judgment rather than looking for ways to love and forgive. We end up driving the person who’s the focus of this game into deeper shame and guilt which causes them to stop believing they can turn away from their sins and turn back to God. At the same time, that evil, that sin takes deeper root in our own hearts.

Next week as we recall Jesus’ Passion and Death, we will see what happens when people play this dangerous game. When we don’t focus on our own sin, we have to either attack one another or even God himself. The result finds a murderous mob demanding Jesus’ death. We don’t have to join that mob. We don’t have to play the game. Imagine if in these last two weeks of Lent, every time we hear Tiger Woods’ name we took that as an opportunity to look in our hearts – maybe ask ourselves “what would I be most embarrassed about if the whole world knew I had done this.” These final days of Lent, will we drop our own stones, and drop to our knees and turn to the one who can save us?