So four years ago I was writing some OP-ED pieces for Fox News’ website. I had forgotten about this till someone had directed me to this after they had found it on Google. 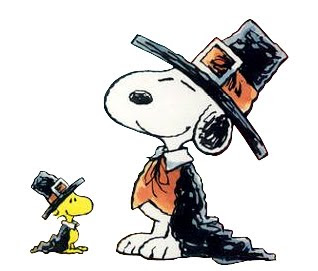 Depending upon your perspective, your experience or your history, the answer to that question will vary. For many nations, greatness is measured by military strength. By this measure, the United States is peerless.

The bravery with which young men and women volunteer to risk their lives in service to our country is a measure of American greatness. Today, we are mindful of those serving so far from their homes and families so that we could enjoy this holiday in peace and security.

Another measure of a nations greatness is it’s diversity. Whether you use the term “melting pot” or “salad bowl” to describe it, the variety of races, religions, cultures and nationalities that have made their home in the United States is a characteristic of our nation that is uniquely American. Though there have been some serious lapses throughout our nation’s history, America has always strived to offer all the opportunity to live in peace. Today, we have a peaceful nation where Muslims, Christians and Jews can be on a line in a department store or in the same restaurant and not fear the other. This is something of which many people in other nations are rightfully envious.

Some would argue that a nation’s greatness comes from things over which they have no control, such as the physical land that nation occupies. For some countries, problems such as poverty or hunger are caused by their location. America is also great in this sense–from rich farmland to busy sea ports, from reserves of natural resources to thriving cities, from the Rocky Mountains to California’s beaches.

All of these things make America great, but these are not all that make America great. There is something more, which encompasses all of these and reveals the true greatness of this nation. What makes America great is that it is the greatest experiment of faith ever attempted. Our nation was founded by Christians who were fleeing religious persecution. Our forefathers believed that each person had a soul, and that soul was made and given as a gift by a creator. They knew that the greatest gift in the heart of a soul was the freedom to chose between what is right and wrong.

Our Founders had faith in God, and tried to create a nation where everyone could choose their own way to serve him. Our national songs do not say, “God Save the Queen or King;” we sang “God Bless America.” We imprint “In God We Trust” on our institutions; We pledge to be “one nation under God.”

Today, there are many who disparage religion’s influence on America. They don’t want to hear that our leaders believe in God and openly practice their faith. They want to remove traces of religion from public places–whether it’s a plaque of the Ten Commandments in a court house, or Christmas carols being sung in a public school. Yet, Thanksgiving isn’t about turkey, Pilgrims or football.

Thanksgiving was first proclaimed by President George Washington in 1789 with these words “It is the duty of all nations to acknowledge the providence of Almighty God, to obey his will, to be grateful for his benefits, and humbly to implore his protection and favor…[we] recommend to the People of the United States a day of public thanks-giving and prayer to be observed by acknowledging with grateful hearts the many signal favors Almighty God.”

You’d expect to hear this from a member of the clergy. Yet, our first president, in proclaiming Thanksgiving a national holiday, articulated the belief that was in the hearts of the people who had entered into this great faith experiment that is America. When the United States finally became a truly free and independent nation, it must have seemed miraculous. So our forefathers thanked God for their many blessings.

As millions gather with their families this Thanksgiving, our prayer at this meal is obviously one of thanking God, but also a prayer of petition that Americans will be able to rediscover their spiritual selves, and draw strength and comfort from their individual spiritual faiths in the same matter that our Founders did, a faith that guided them in creating this great nation, and has sustained American greatness to this very day.