A few years ago, a young woman in her thirties named Carys Cragg wrote an amazing book… vulnerably recounting one of the most horrific things that could have happened to her years earlier as an 11 year old.  Back in 1992, she and her family were sound asleep when a man broke into her home, high on drugs, looking for something to steal.  As the burglar stumbled around the kitchen, he found a carving knife, grabbed it as he began to search the house, until he eventually encountered Cary’s father who was woken up at the sound of the commotion.  The would-be burglar stabbed Dr Geoffrey Craig, killing him in his own home while his family were only a few rooms away.  Their lives were devastated by the horrific act of this man.  Carys wrote the next memory she has after this brutality was sitting “in the corner of her neighbors bathroom, knees tucked up to her chest, shivering and wondering ‘what just happened to my world?’”

Hi everyone here’s my homily for the 23rd SUNDAY IN ORDINARY TIME – September 6, 2020.   Thanks so much for stopping by to read this and even more for sharing it on your Facebook, Twitter, Instagram and everywhere else people share social media posts and your feedback and comments! For the audio version you can get them at SOUNDCLOUD click HERE or from ITUNES as a podcast HERE. Thanks again… I hope you and yours experience all of God’s blessings today and always! In Christ – Father Jim

This heart-wrenching story is the prelude to her book entitled Dead Reckoning: How I came to meet the man who murdered my father.  She describes how close to 20 years later after these fateful events, she found herself in this program where she would be able to contact the offender.  Up until that point she had newspaper clippings that gave details which she had gone over and over countless times:  “Intruder stabs doctor to death;”   “Accused killer fingers best friend for the crime;”   “Doctors murderer sentenced to life term.”    – Headlines that gave information, but none of those could speak to her unanswered questions like why did he come to her house… why did he lie about who killed her father for so long… did he understand what he had taken from her family.

So for close to three years, Carys and the man who killed her father exchanged over 15 letters.  The prisoner wrote of his apprehension – not wanting to deal with any kind of confrontational retribution or witch hunt.  As Carys explained her intentions he agreed to engage in this process.  Eventually in responding to her letters, he started to share his troubled upbringing… he slowly took more and more responsibility for his actions.  The correspondence would grow more reflective and deeper for Carys and the offender on Dr Geoffrey, on the crime and then on the aftermath.  At that point the convict wrote There is nothing I can do to change what happened that night.  Hopefully I can honor his life by making the most of mine. 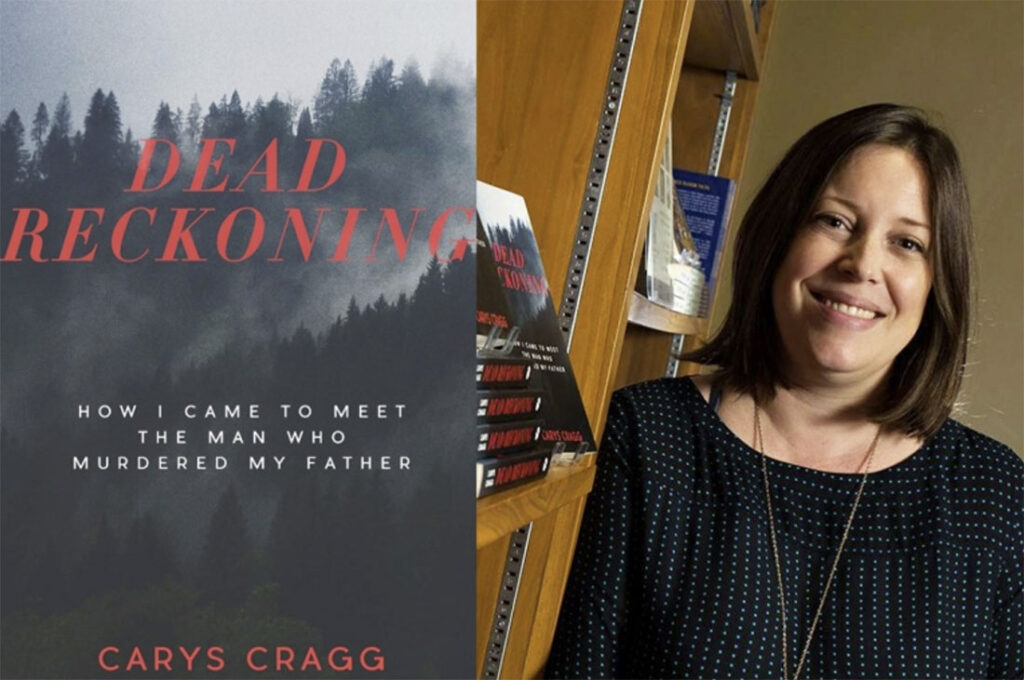 That almost sounded like a cliche – something we’ve heard from similar stories before.  Which is what made Cary’s response rather unique.  She writes how she was devastated to learn, like so many offenders, this man knew nothing about her father which caused her to ask how could he be held accountable for a crime when he didn’t know whom he’d taken away.  It was at that point that she felt safe and comfortable to meet him face to face.  Carys explains how all the emotions she imagined feeling were there: Angry -upset – confused – satisfied – peace – they were all there.   Listening to him, she learned how his life of crimes had escalated up until this fateful night when he entered Cary’s family’s lives and home.  After 12 years being in prison, he had finally asked to see a psychiatrist and who was able to challenge him on his lies and eventually got him to a place to own his actions.

So often when people encounter a Gospel passage with a similar message to the one we just heard, there’s a bunch of misconceptions that immediately make this process seem impossible.    The call to engage in the work of reconciliation is understandably difficult.  There’s the initial reluctance or refusal where we ask “why do I have to do anything – when something was done to me?” – for example – He cheated on me, why do I have to do anything? There’s resistance thinking that reconciliation, that forgiveness means going back to life before whatever infraction happened (that’s where the phrase “forgive and forget” can add another level of confusion and difficulty) so people would think, for example that if you fired someone who worked for you that you found was stealing from you, that if you really forgive, you’ll re-hire them.  Then there’s unreasonable expectations we can place on ourselves or others that things need to be accomplished instantaneously – like a Made for TV movie we’re watching, and realizing we only have a few minutes left to wrap the story up.  None of which is true, or an expectation that Jesus puts before us as His followers.

This passage we just heard similarly can result in misconceptions.  On the surface sounds like Jesus is establishing a set of parameters, a system of divine justice where first you confront the person – if they don’t own up, get a couple of people to go with you.  If that doesn’t work get the Church involved, and if that doesn’t work, treat them like a “Gentile or a tax collector.”  When we remember how this initially Jewish audience felt about Gentiles (non-Jews) who they considered unclean…   and tax collectors who were Jews who worked for the hated occupying force of the Roman empire so they were unclean but even more and worse, considered traitors to the Jews.  So people might be thinking that Jesus is establishing a 3 strikes and you’re out policy here.

But a few chapters earlier in this Gospel, St Matthew shares how Jesus commended the faith of a non-Jew and performed a miracle that healed her child… So the message would be that in Jesus’ view, the Gentiles are still loved and shown mercy.  The other important thing to remember is that Matthew himself had been a tax collector – he himself had been considered a traitor, an outcast because at one time was solely interested in enriching himself at the expense of his fellow Jews and lived an isolated, solitary existence.   Matthew the tax collector has become one of the 12 apostles and one of the 4 authors who will capture the life, death and resurrection of Jesus in the Gospels – so Matthew is making a point that for Jesus, even a hated traitor, despised even more than unclean Gentiles can and does experience His love and mercy.   It’s almost more dramatic then when Peter asked Jesus how many times did he need to forgive his brother suggesting 7 times and Jesus responds 70 times 7….  In this narrative, Jesus in saying “treat them as you would a Gentile or a tax collector” isn’t excluding anyone… He is  pointing out, recalling their own experiences, what they’ve witnessed that reconciliation and forgiveness are universal offerings that God lavishly makes possible in Jesus Christ.

For Carys Cragg after her meeting the man who killed her father, she still struggled with a mix of emotions and feelings.   She wrote him saying that just coming into my home was an unjust act… knowing it was a family neighborhood knowing people, children were in there.  But as every layer of hurt, anger, injustice was revealed she was able to come to a place where she could say “Im sorry that you never had the opportunity to experience a father like mine.  She explained that despite how complicated and painful this whole thing was, she learned that in order for her to be well – she needed the offender to tell her what he had done… in order fro him to be well, he needed to hear how what he had done impacted her.  As she reflected saying “our wellness became dependent on each other.”

Whatever pain, wound, hurt it is that comes to our minds, right here and now, hearing Carys journey isn’t meant to make us feel bad for our own struggles or shame for our hesitation or reluctance in engaging in the work of reconciliation ourselves.  But hopefully from her story, we can remember some important truths.

In Jesus we have come to know and experienced the unfathomable love and mercy of an incredibly loving and merciful Heavenly Father…  He reminds us that there is nothing we can do, no sin we might commit in which reconciliation is off the table.  Jesus himself seeks after those who are lost, isolated who feel their lives are a complete mess and there’s no hope and calls them by name to Himself… The urgency is on our part to respond to His call, repent of those sins and let go of those mistakes – especially utilizing the Sacrament of Reconciliation, getting to confession on a regular basis so that as we’re absolved of those things, Jesus can and will make something completely new of them and those situations.

What’s even more challenging though is how Jesus calls us to engage in being agents of reconciliation as well to experience His divine activity in our own lives and the power that has to loosen and bind things.   When we confront all that has caused dysfunction, all that creates division, embitters and grieves us… We are recognizing our wellness depends on our ability to engage in the work of reconciliation or not.   St. Mother Teresa who’s feast day was yesterday once said   Every human being comes from the hand of God, and we all know something of God’s love for us…  we know that if we really want to love, we must learn to forgive before anything else.