Latest News
Home /Blog/WHO ARE YOU?

Hi everyone, here’s my homily for the FOURTH SUNDAY OF EASTER- April 17, 2016. The readings for today can be found at: http://www.usccb.org/bible/readings/041716.cfm. Thanks as always for reading, sharing this on twitter, facebook, reddit – and your comments and feedback. Have a great week. God Bless – Fr Jim 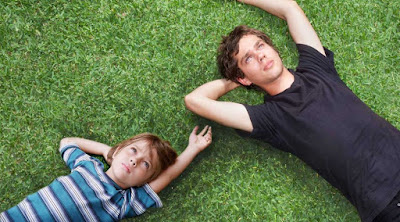 It’s hard to describe, but it’s easy to worry about who you are and what you’ve become and forgetting who you are.

That was the reaction that actor Ellar Coltrane had as he viewed himself for the first time on the movie screen in last year’s critically acclaimed, ground-breaking film “Boyhood.” For those of you who haven’t seen it, what made this such an innovative movie was that the filming of this story of a journey from childhood to young-adulthood was a journey itself. The filming took place 2 weeks a year for over 12 years. The end result was you have a film where in about two and a half hours, we got to see the main character Mason grow from age 6 to 18 years old (as well as the physical changes that the rest of the cast experience over those 12 years).

For the most part, the story line wasn’t particularly riveting. What was so compelling was watching something that was filmed in a way that has probably never been done before and so achieving a realism that is hard to compare with…well anything. One of the things that I was curious about after seeing the film was what kind of an effect this project had to have on the actors themselves. The “adults” in interviews sounded pretty professional about the entire process. For them their biggest concern was that they felt they were taking a “leap of faith” in agreeing to be in the film: they were committing to this project for 12 years and not sure if this was going to be the critical success it was or an epic flop that would go down as a colossal waste of time. 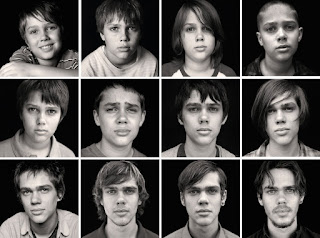 But for the youngest actor, Ellar it had a much deeper impact. .Starting this process as a child actor at age 6, continuing that for 2 weeks a year for 12 years, the whole thing might be similar to a summer camp experience. Many of the same people on set were there year to year… they grew as a cast together… And here he was as a young boy not simply learning the craft of acting, but just growing up himself as a boy to a man. So that line playing this fictitious character and himself experiencing this growth into a young man was a bit confusing. Hence his initial reaction to viewing this film where he got to see himself physically grow up in such a dramatically edited way was a bit mindblowing – or as he describes it “it was brutal. It was very emotional… I was laid out for a couple of days…Even though it’s not me, there is a lot of me in that character. So it’s kind of self-actualizing.” With subsequent screenings of the film, he’s begun to distance himself from this role and has to remind himself that the image on the screen wasn’t him… Probably the filmmakers didn’t anticipate it, but in hindsight, it’s not difficult to understand why Ellar was a bit overwhelmed, confused as he reflects on the experience and struggles with one of the questions the film wants its viewers to delve into –

That’s one of the most universal, philosophical questions that everyone has to face at some point in their lives – Who am I – why am I here? For the most part – even if we have reflected on that in the past – with the busy-ness of daily life, we kind of push that aside as we run from one thing to the next… until we stumble upon a film like Boyhood or go through some major life event that our defenses come down and we find ourselves thinking about those questions.

For many, they might answer that by what they do; what they study – where they do those things – I’m a plumber… I’m studying biology… I’m from New Jersey. Those things give details about a person’s life, but it’s not really a complete answer. Others might add “I’m a husband/a wife” “I am a mother/father to three children” which gives some more important information about a person’s life commitments… but there still seems something missing… 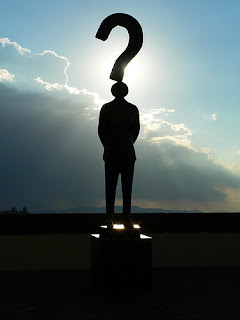 Tonight’s scriptures offer answers that on the surface seem overly simplistic, but are anything but. The Psalm we sang together – We are his people, the sheep of his flock – goes hand and hand with the Gospel for tonight. Being sheep – of the shepherd… that can be hard to hear – especially as Americans. We like to believe that we’re strong; self-made; independent people. And sure, there is an element of self-reliance that is admirable and should be expected as we grow up. But it’s the height of arrogance for us to think that we somehow willed ourselves into being; or that we’re able to continue to exist simply by our own power or authority.

We have a source of being… a creator. Who, of all the ways of expressing that relationship of Creator-Creatures, He uses this very gentle, loving image of being one of His Sheep. The Gospel is interesting. Every year on this 4th Sunday of Easter we hear one of the “Good Shepherd” narratives. This selection is probably the shortest of the variations we could have heard in that three year cycle. But in that short passage, the line that stood out for me was Jesus talking about us his sheep and saying “… I know them.”

Knowing in the bible often refers to much greater depth and intimacy than we so often use the word. Jesus’ is not saying “I know so and so” in a general manner, to express familiarity. Jesus knows us. He knows our curiosity, our desires, our dreams; He knows our fragileness, our brokeness, our imperfections, our sinfulness; He knows our potential, the greatness locked within… He knows us…

And with all of those things, the crazy, complexity that makes you and I the unique, individual, loved creations we are of His, He tells us that He doesn’t just know us, He loves us… I give them eternal life, and they shall never perish. No one can take them out of my hand… That’s how God looks at us. That’s how Jesus sees us… as His beloved sheep that he has laid down his life for. 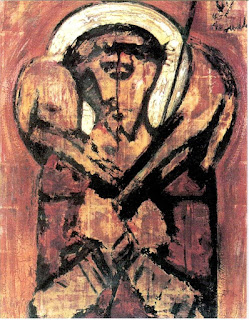 But it’s up to us to own that… to recognize that… to accept that… to want it. To want to be a member of the flock. To make that choice to do so. To live that choice not simply saying those words “I am His” – but by listening to his voice… following Him.

Much like Ellar Coltrane every so often we catch a glimpse, we can see ourselves growing and that can be a little scary. We see ourselves growing in our relationship with God. We go from our first inkling that there is something out there an entity or a thing or an it. Then we begin to realize the it might be more like a person. And finally that person becomes revealed to us as Jesus Christ along with His Father and the Holy Spirit that He sends us. So far so good.

But much like Ellar’s experience it’s scary to see ourselves growing sometimes especially as we grow into a relationship with Christ. Because that is awesome and that is demanding at the same time. And it can be scary because he offers us so much and what he is asking for in return is our trust, our love, our lives. Pope Francis a few years ago to a gathering of millions of youth said – if we want our lives to have meaning and fulfillment… Put on Faith – and your life will take on a new flavor, it will have a compass to show you the way; Put on Hope – and every one of your days will be enlightened and your horizon will no longer be dark but luminous; Put on Love – and your life will be built on rock, your journey will be joyful …

If we do these things, if we allow ourselves to learn from our experiences; instead of being scared by seeing how much we change then we will won’t mind being one of His Sheep. Sheep are afraid and they don’t just follow any voice; they have learned the shepherd’s voice and find great peace and confidence in following them. They know the shepherd will not bring them to harm, but help them find the best grass and water.

What voices do you hear and follow? Are you confident they will bring you to the best things in life? Listening to the voices of the world — those in the media, those in politics (and especially many of the voices we find on this campus) can be risky and many times harmful. Tuning them out and returning to the voice of our Shepherd guarantees “good things.” Does that mean a life without trouble … no, but it does mean we will know who we truly are – and who we become: one with the God who never changes. And that is a good thing.